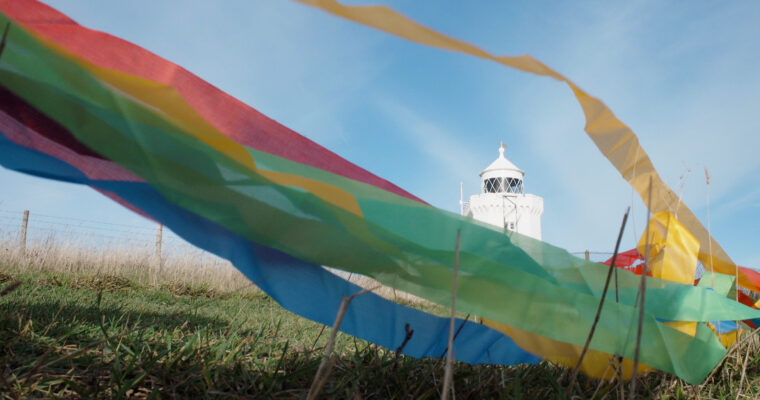 With the summer well and truly here, I’m sure most of you want to make the most of these longer summer evenings. One way to do this is by creating your own micro adventure. Those longer walks you didn’t have time for earlier in the year – now is the time! Pack some snacks, drink and essentials for along the way and start exploring Kent’s Coast Path.

Have you ever walked along one of Kent’s most beautiful National Trails? The England Coast Path offers an experience like no other. From the iconic White Cliffs to historic castles, wild flatlands, deserted wilderness to tasty food and quirky cafes to help you continue your adventure. Did you know the only other National Trail in Kent in the North Downs Way?

The England Coast Path in Kent has a selection of routes to choose from, both on the north and south. To help you pick a route that’s perfect for you, we have put together a collection of the best views and locations along the way.

First up and one of our favourites is the sound mirror on Abbot’s Cliff. What’s a sound mirror I hear you ask? Although it may look like a slab of concrete it was in fact an important part of Britain’s national defence strategy. The concave shape was ingeniously designed to ‘catch’ sound waves coming from approaching planes. Those sound waves were relayed back through microphones to an operator, giving a crucial fifteen-minute warning.

Found on the Folkestone to Dover: Two Harbours walk 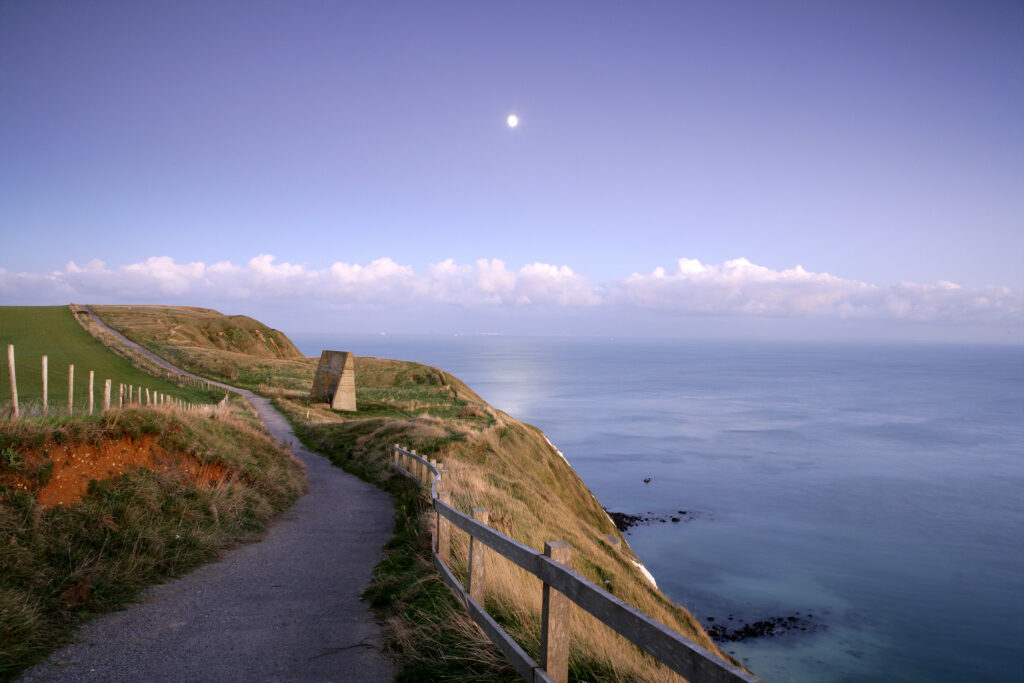 On a summer’s day when the sun hits the water and glistens, there is no place better to be than Folkestone Harbour. Here you can gaze out at the boats bobbing on  the water. The harbour is a busy area full of locals and tourists alike, the main attraction is the harbour arm. With its beautifully renovated train station you will find an array of food, drink, and usually live music during the warmer months.

Found on the Folkestone to Dover: Two Harbours walk 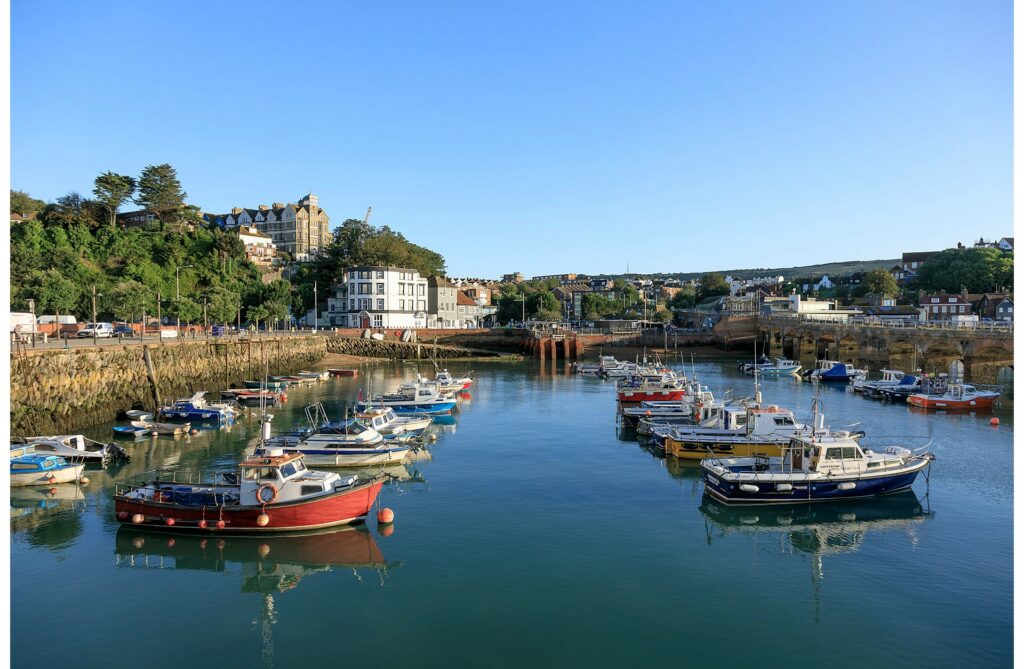 Up on the cliffs you will find this stunning lighthouse, a beautifully preserved piece of history owned by the National Trust. On a sunny day (but remember those coastal winds) find yourself resting in a deckchair, sipping on tea from the café or even flying a kite. The distinctive South Foreland Lighthouse is bright white and was built in 1843. To mark the dangerous offshore banks of the Goodwin Sands. It was used by Guglielmo Marconi for his work with radio waves and received the first ship-to-shore message from the East Goodwin lightship.

Found on the Dover to Deal: Three Castles walk 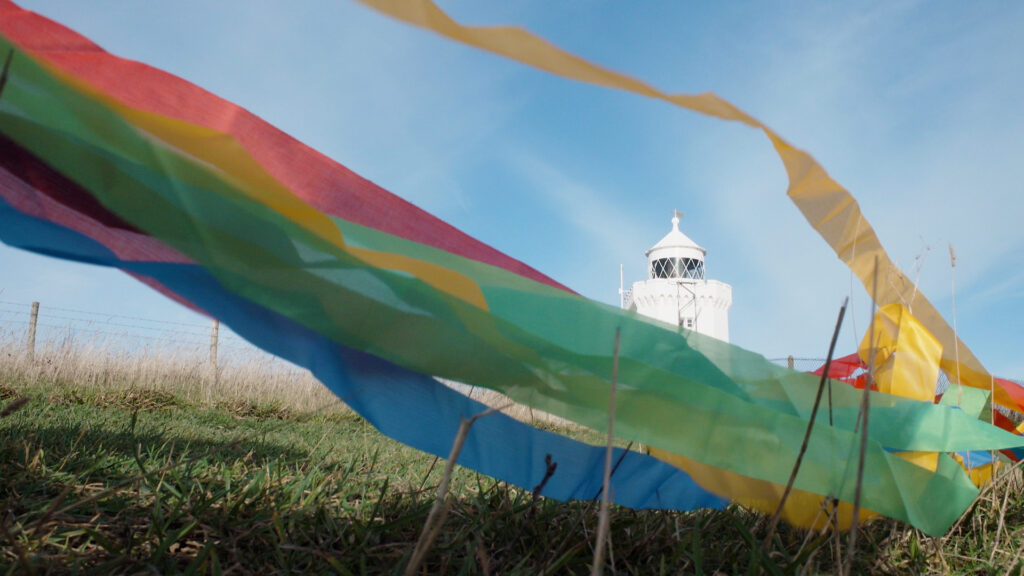 Sand dunes may conjure thoughts of beautiful beachy locations, and you’d be correct! Kent has its very own dunes found along the England Coast Path. Found near to where the south coast section begins in fact, at Greatstone. Why not visit the dunes at sunset to capture and bask in that golden hour light which hits the sand in a very picture perfect and satisfying way.

Found on the Dungeness to Littlestone: Shingle and Sand walk 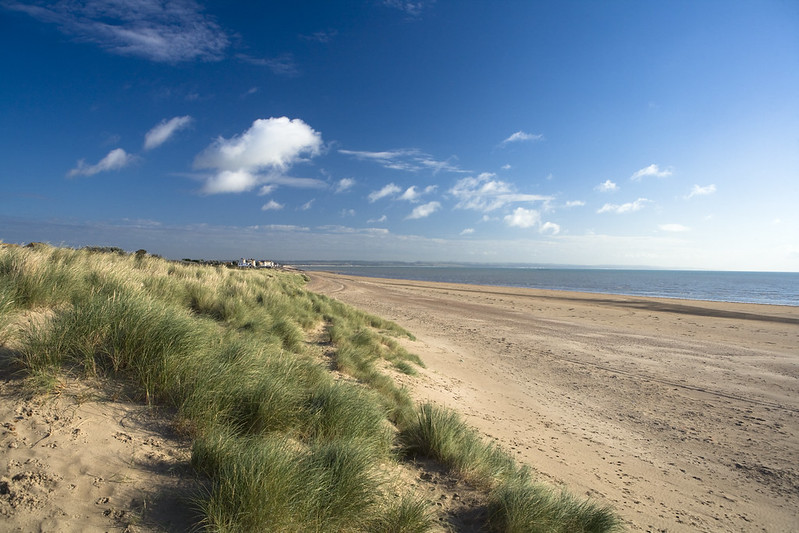 Yes, that’s right a desert in Kent, Dungeness is Britain’s only desert and Europe’s largest expanse of shingle! Dominated by the nuclear power station and lighthouse, it’s hard not to feel like you’re at the world’s end when you visit. Experience a stark vast landscape scattered with boats, worked, or left to rot, wooden cabins, fisherman’s huts, and now architectural examples. Dungeness has become hugely important for conservation due to a wide variety of plants that thrive there.

Found on the Dungeness to Littlestone: Shingle and Sand walk 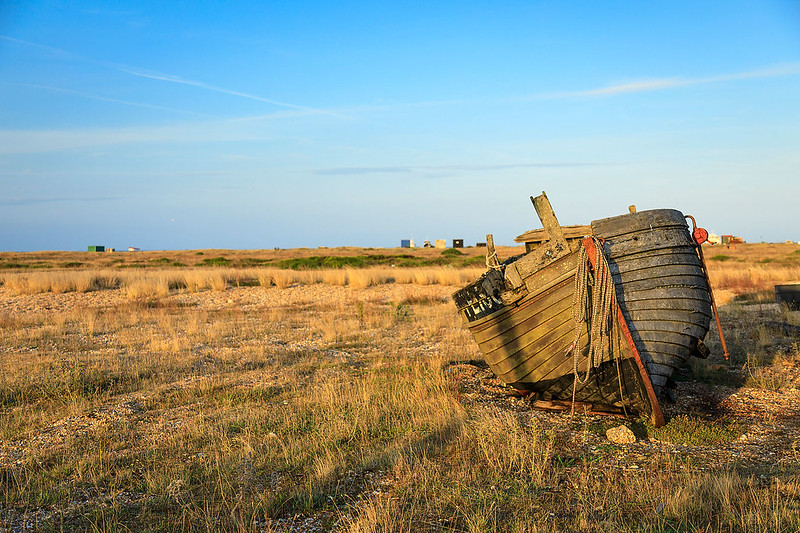 On the north coast you can find the spectacular Reculver Towers which dominate the skyline of Herne Bay. The imposing twin towers of the medieval church acted as a navigation marker for ships at sea. This was the site of one of the earliest Roman forts built against Saxon raids on the ‘Saxon Shore’. The tall towers were built in a remodelling of the church in the 12th century. Whilst here enjoy a bite to eat at the cafe nearby and gaze out at the towers and beyond.

Found on the Margate to Whitstable: Beaches and Bays walk/cycle 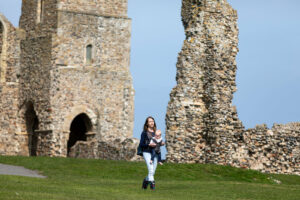