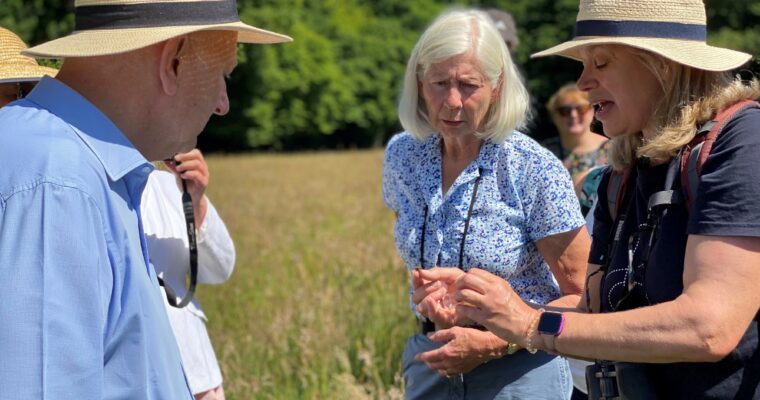 It’s a kind of bee heaven, Moat Farm near Shadoxhurst, where 3,000 orchids have been grown, where brambles and flower meadows bloom like midsummer madness.

It’s certainly thrilled one visiting bee group – the Kent’s Plan Bee Members’ Group, to give it a name. County councillors and officers were on a field trip to the species-rich farm which has been in the government’s higher tier of stewardship for 14 years.  It’s a farm that’s now trading on the post Brexit subsidy system, whereby environmental benefit is deemed to be an agricultural product and therefore subsidisable.

Farmer Mike Bax makes no bones about the fact that its 100 acres of species rich grassland and 160 acres of semi natural ancient woodland, which deliver biodiversity benefits and rewilding generally as some might call it, could not be done without subsidy.  But the Kent’s Plan Bee group were there to look at how farming could borrow principles from Moat Farm, to redress some of the undoubted damage to the environment done by intensive agriculture. 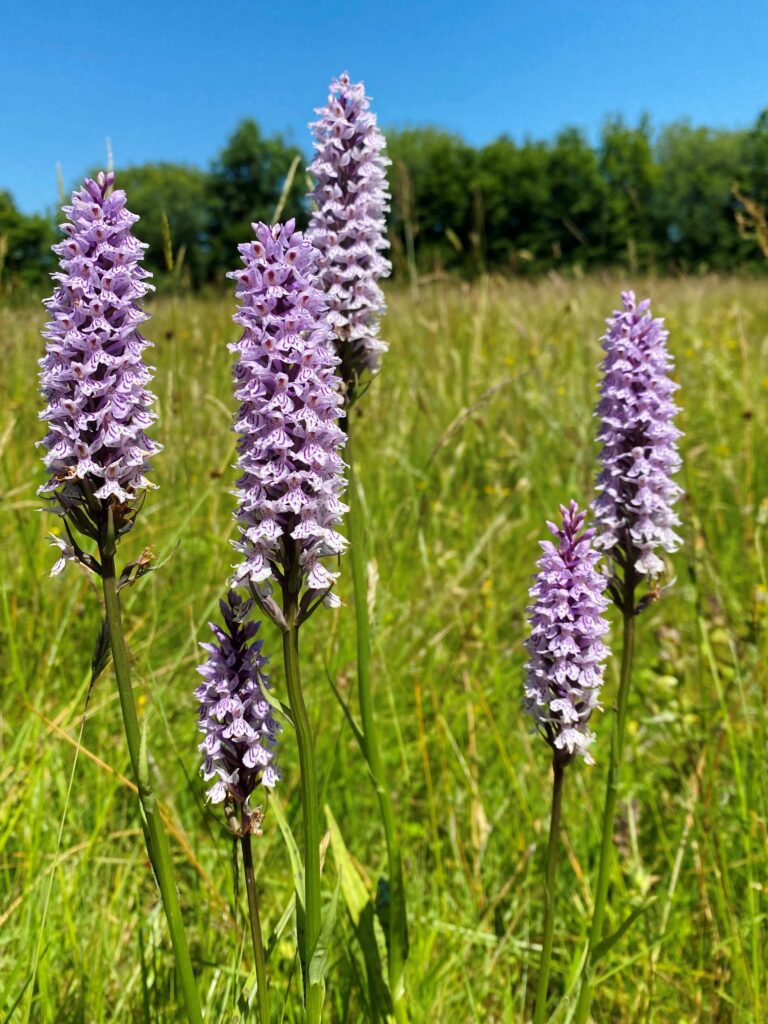 Mike led the group around the lush meadows and woods, quickly pointing to White Admirals and Silver Washed Fritillaries in profusion. He led them through fields of orchids sprung from his interventions and management of the environment.  Pollinators like wasps and hoverflies mumbled in the flowers but of bees there was, strangely, almost no sign. Mike said there was usually a loud hum overall but there was nothing. The discovery of one exhausted male buff-tail was the total tally in land where rare longhorn bees have found a home as have wild honeybees and bumble bees. It was a mystery so far unexplained. But the habitat was full of other flying insects especially representatives of the 26 species of butterflies who live there. 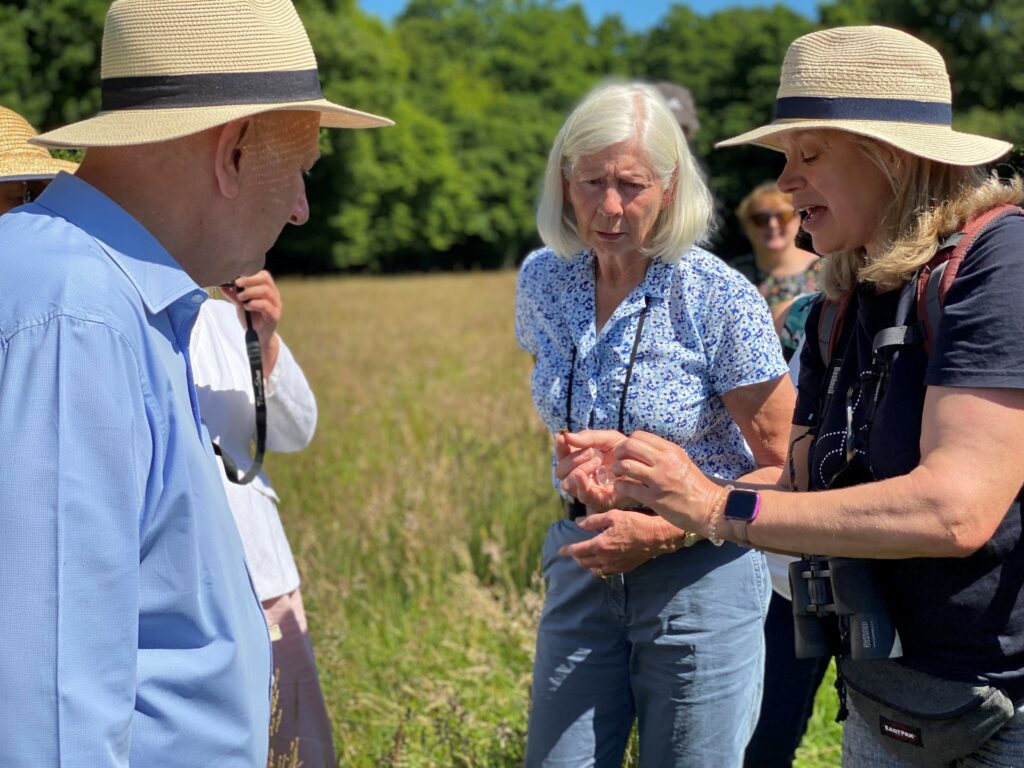 Sharing the land are 43 longhorn cattle, with their medieval-looking curling horns, and there are sheep but Mike says it’s not enough to make a living. His main business is as a land agent, “I couldn’t do this commercially,” he says. “Luckily I have another income. You can’t make a living at this scale.” He has 260 acres. “It might work at scale, say 3,000 acres, otherwise you depend on subsidy.”

As Chairman and founder of Kent’s Plan Bee it was really pleasing to see in action, in a landscape, the very basic idea behind the plan – that we all, in Kent at every scale from this kind of farm, or bigger, down to the humblest window boxes can do something to help improve the habitat and forage for pollinating insects. The presence of three TV news crews shows the importance of this story for the people of Kent.  We know that farmers must make a living and that not everyone can do everything. But to do something could be to do more than we do now. Farming has often hurt the forage and the habitat of bees and all pollinators, with insecticides; fertiliser nitrates leaching into water; the creation of (often wind pollinated) monocultural wildlife deserts; grubbing out hedges and so on.  And the dangers can be persistence, like the neonicotinoid pesticide. 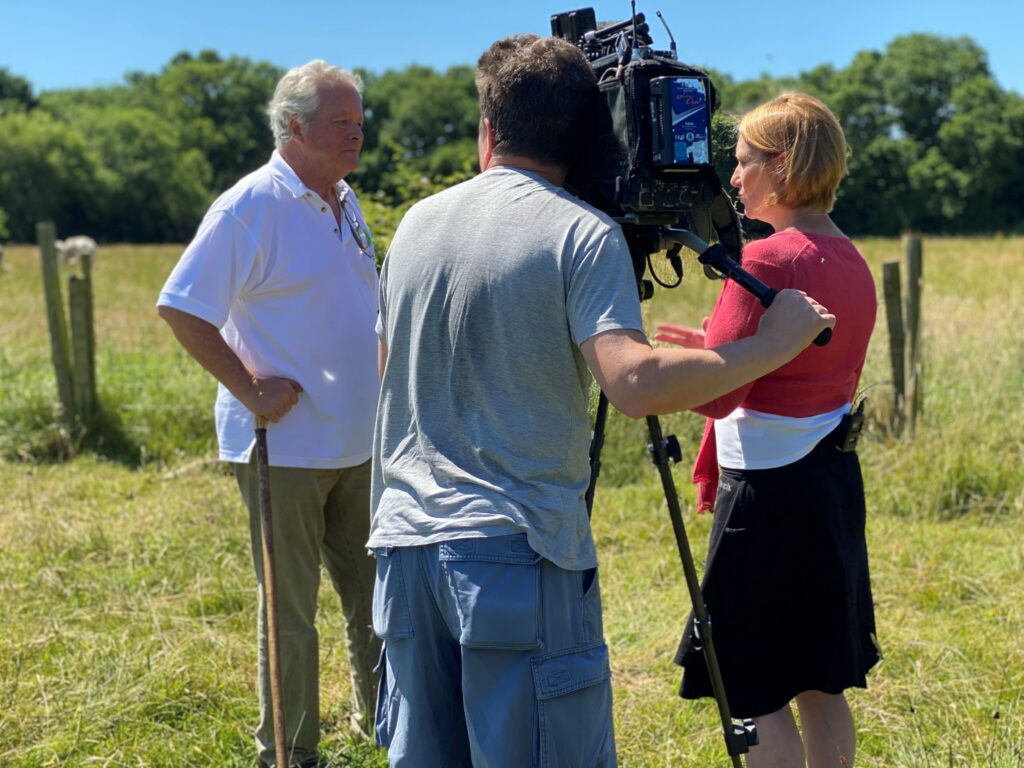 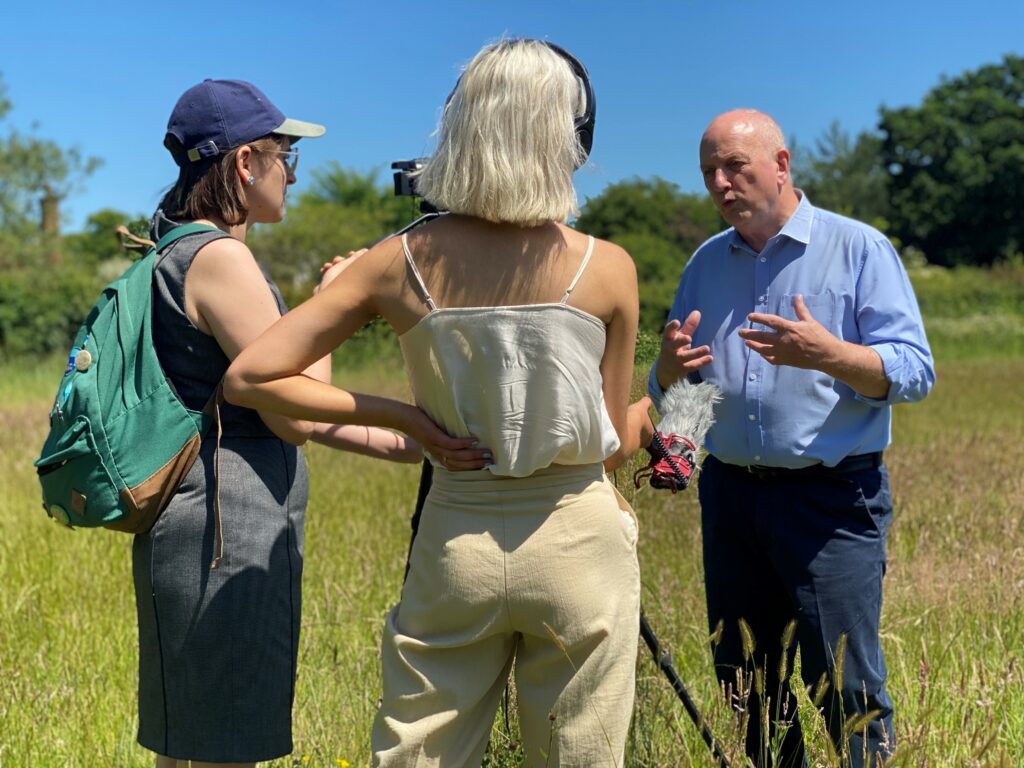 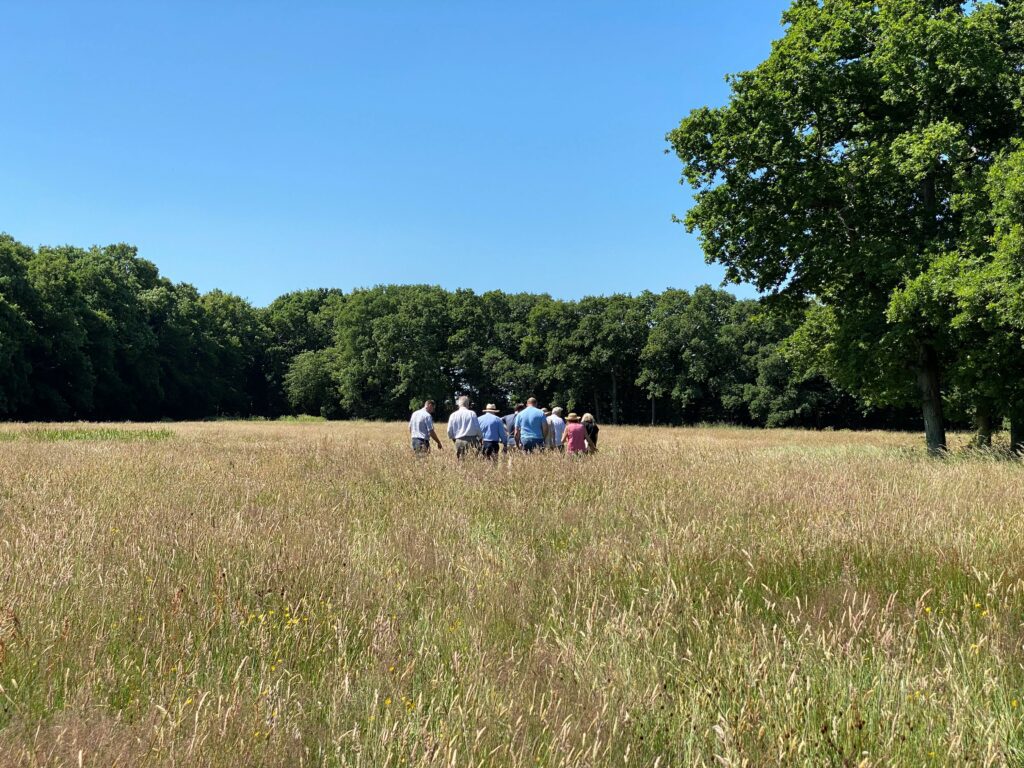 Even as recently as last year, Kent County Council’s Environment and Transport Cabinet Committee got Cabinet Member Susan Carey to write to the Environment Secretary, George Eustace, and to the embassies of 13 EU states, protesting the reintroduction of those lingering neonicotinoid poisons to answer a local, East Anglian agricultural emergency. They are deadly to pollinators and they remain in the environment. 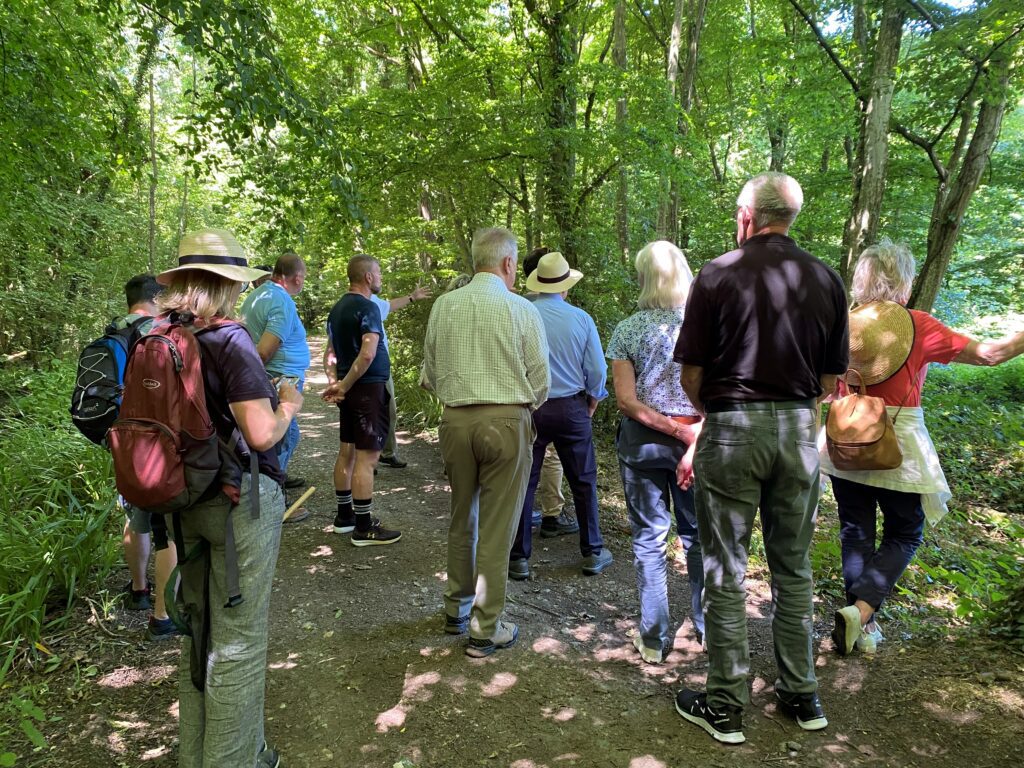 Mike’s move away from that old style of farming, he hopes, can reconnect the industry to the environment. In act connection is very much what he has in mind as a next step, making wildlife corridors from farm to farm on rewilded land.  So to walk on a farm devoted to moving away from the old problems towards a new kindness for the land was, for the councillors and officers, to see the living embodiment of what they imagine for Kent’s Plan Bee.