Part of this route, near at the eastern end of Samphire Hoe has eroded from the cliff fall on 3rd February. Part of the England Coast Path that runs along the edge of the cliff between Round Down and Shakespeare has collapsed and is no longer useable. It is extremely dangerous.

For your safety, if you are local and visiting the cliffs for your exercise please can you maintain a safe distance from the cliff edges and follow any local signage that is in place. There are plans to temporarily divert this walking route. 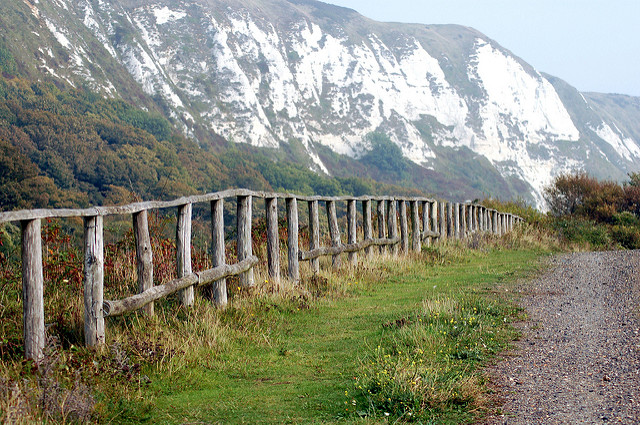 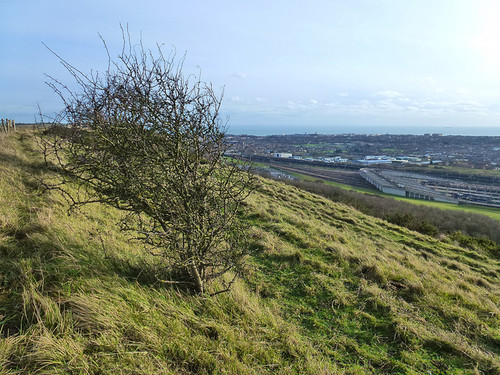 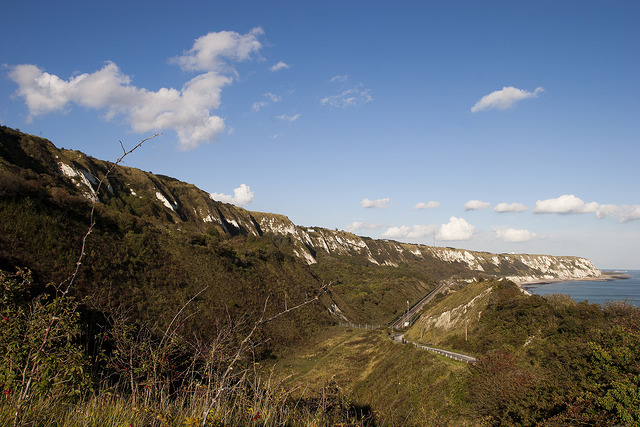 Start this striking walk at the hustle and bustle of Folkestone Harbour. From the stunning harbour, walk past the beach, Sunny Sands which is a quintessential sandy cove. View the amazing artwork which forms part of Folkestone Artworks.

As you continue on this walk, you will be able to admire the next two Martello Towers, which is known as Number 3, after taking the time to take in the enormous presence of the Martello Tower, take the marked path to Warren.

Walking through lush grassland, you will pass East Cliff and Warren Country Park. Be sure to explore this interesting park, which is one of the most important sites in Britain for wildlife, landscape, geology and history here.

Walk along the cliff tops, taking in the finest views in all England! Pass Capel-le-Ferne and the unmissable Battle of Britain War Memorial, the National Memorial to the “Few”. There is an amazing aircraft museum, a wall of remembrance, cafe and facilities here.

Continue along the Abbots Cliff path and see fantastic views of the Channel. The Abbots Cliff sound mirror adjacent to the path is a forerunner of radar, Acoustic mirrors were built between 1916 and 1930 and were the “listening ears” intended to provide early warning of incoming enemy aircraft.

Below Abbots Cliff is Samphire Hoe Country Park which is a unique man-made park, made of chalk marl from the Channel Tunnel excavations. Follow the waymarked path, where you will notice many remnants of previous wars including the old Hougham Battery, a World War 2 coastal defence structure. 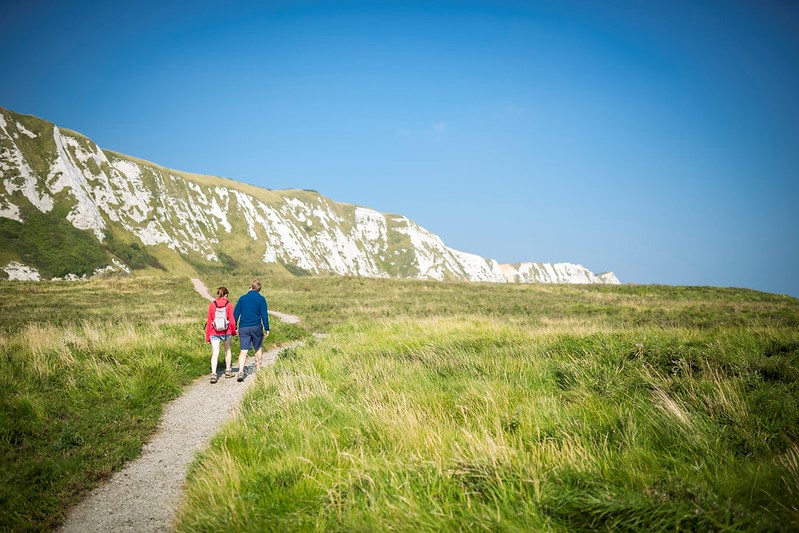 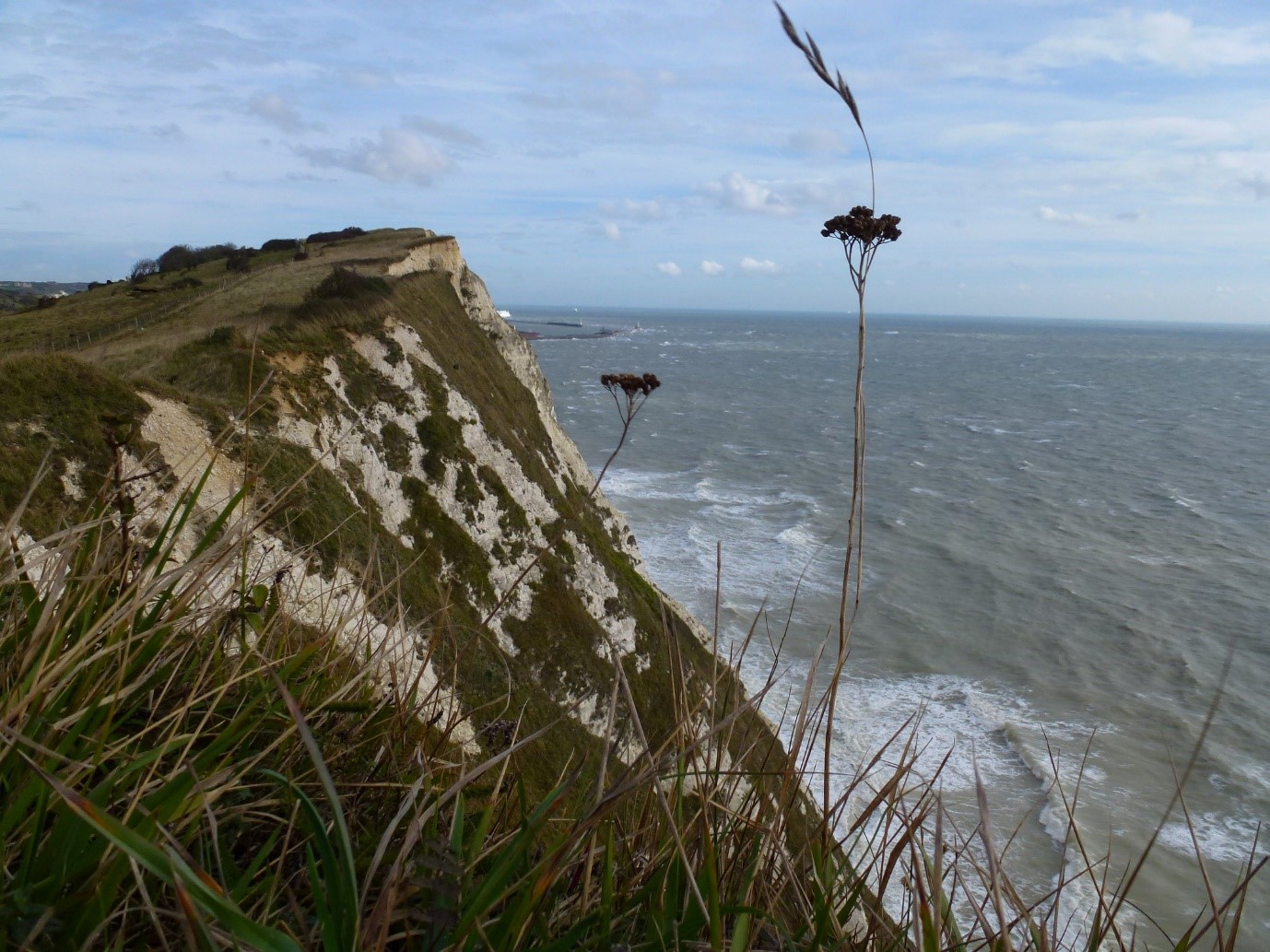 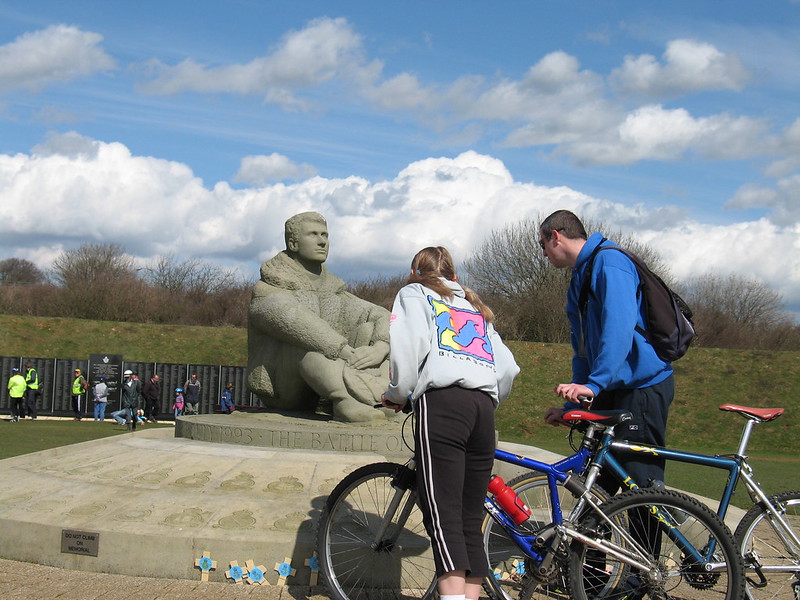 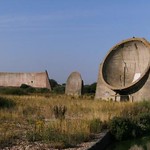 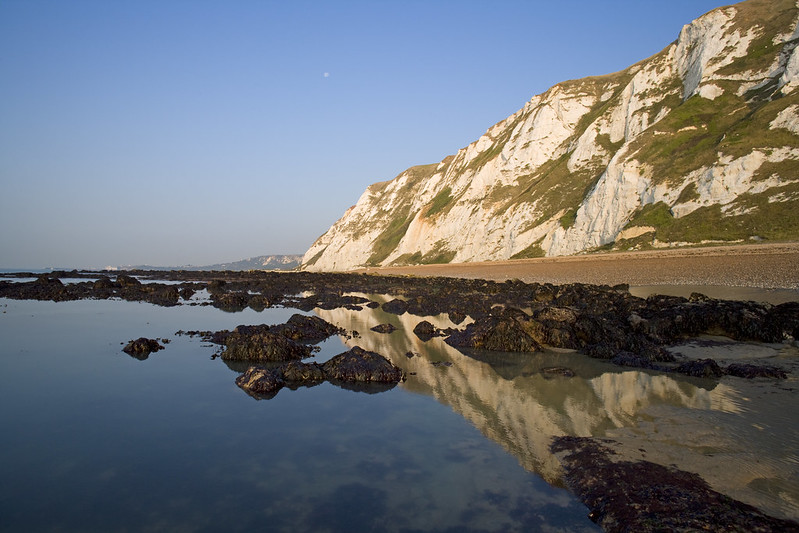 From the bottom of the Down follow the cliff path across Shakespeare Cliff directly into Dover, it is said to have inspired a passage from Shakespeare’s King Lear. Act 4 Scene 1; There is a cliff, whose high and bending head looks fearfully in the confined deep…

Take the path down to the town centre of Dover and be sure to visit Dover Museum and Bronze Age Boat Exhibition. Take your time to explore Dover, it’s known as the Gateway to England and welcomes millions of visitors from all over the globe every year. 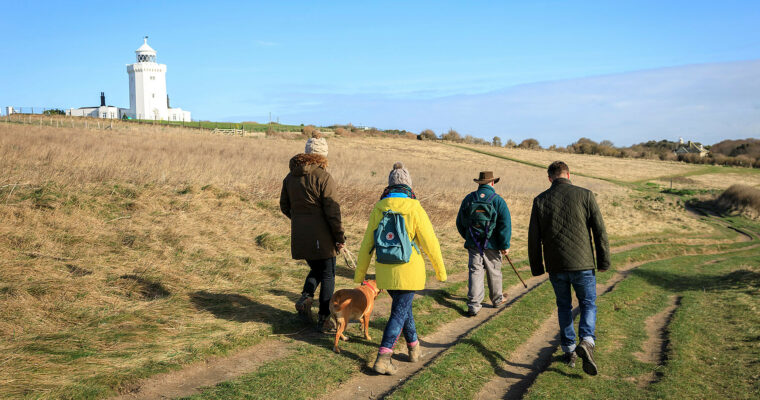 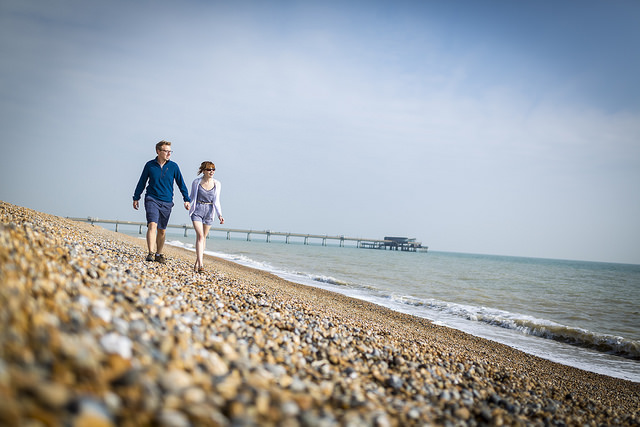