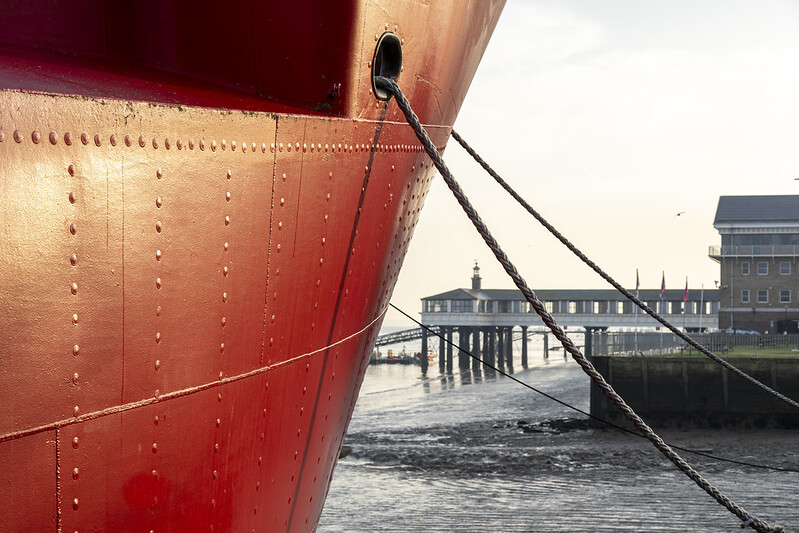 A brand new 47 mile stretch of the England Coast Path from Woolwich to Grain has opened!

Explore the route over on the National Trails Website

“This new trail includes great views for walkers with coastal habitats and maritime industry, passing through remote and tranquil areas, in additional to both heavily urban and rural communities. At a time when it has become apparent that people need to connect with nature more than ever, it’s fabulous that we the opening up of this section of footpath from the capital to the Kent coast.”

Natural England has been investigating how to improve the coastal access along the 76 km stretch of the Kent coast and Thames Estuary between Woolwich and Grain.

The end point was changed in April 2017 from Gravesend in Kent to Woolwich in London. In order to join the capital to the England Coast Path together with the Thames Path. Opening in early 2022, the Woolwich to Grain section will allow a seamless route connecting the Thames Path and the England Coast Path. Enabling the opportunity to endlessly explore.

The England Coast Path is one of Kent’s National Trails and we are extremely proud of it. It provides residents with the opportunity to engage with the natural environment, and discover some heritage along the way. Access to these kinds of green and blue spaces has never been so important as it has been over the last 2 years.

The north coast of Kent is often overlooked as a coastline. There are still many hidden gems though if you are willing to go and discover them. Here are some highlights you can expect to see along the brand new Woolwich to Grain section of the England Coast Path.

This may be one of the remotest part of the north Kent shoreline. The Hoo Peninsula wears many faces, from the sinister backdrop in Dickens’ Great Expectations to a place of nature conservation importance.

Dickens used the churchyard of St James in Cooling as his inspiration in the opening chapter of Great Expectations, where the hero Pip meets Magwitch the convict.

You can actually walk over 20km between Allhallows and Cliffe without passing a single coastal village or car park.

Take in the fantastic views from the seawall of wintering birds across the mudflats and saltmarshes.

Gaze over to the industrial complex of the London Gateway port on the other side of the Thames, in Essex.

Because of its strategic position on the Thames Estuary and the River Medway, the Hoo Peninsula has been used for centuries as a site for military and naval installation.s To protect both London and the nearby naval dockyard of Chatham from invasion.

During both World Wars the Hoo Peninsula was attacked, often by German bombers on their way back from London. Bombing decoys were situated on All-Hallows and Cliffe marshes and multiple anti-invasion defences were placed along the coastline. Including barbed wire, pill boxes, anti-aircraft batteries, anti-tank lines and concrete blocks.

The free RSPB Cliffe Pools nature reserve is a hotspot for avocets, winter waders and ducks, on the pools and lagoons of the reserve. It is also one of the best locations in the country to hear nightingales in the spring. There is a car park here for access.

A mid-nineteenth century Fort built to defend against the invasion of London via the Thames estuary. This is not open to the public, but the remains of a 100-year old (Brennan) torpedo installation are still visible at low tide.

Check out Shornmead Fort, another defensive Fort from the 19th Century is passed by the trail, 3 km to the west of Cliffe.

Take a ride on the Ferry to Tilbury (Mon-Sat).

Explore Higham Marshes with a circular route along the Thames and through the marshes.

There is a new trail across the recently designated Site of Special Scientific Interest.

Discover some of  the industrial history of power generation, dredging, landfill and chalk quarrying for cement production created rich habitats and rare invertebrates.

The trail passes under a 623ft high pylon, which along with its twin across the Thames at West Thurrock, is the highest in the UK and the second highest in Europe.

The Royal Arsenal has been at the centre of Woolwich life since 1696, when fireworks began to be manufactured there.

Check out the Woolwich Artworks.

The Woolwich Foot Tunnel is used to get from one side of the mighty River Thames to the other. It is quite remarkable – there’s not much else quite like it, other then the Greenwich Tunnel, in London, let alone the UK. The Woolwich Foot Tunnel was designed the absolutely amazingly-named Sir Maurice Fitzmaurice and opened in 1912. 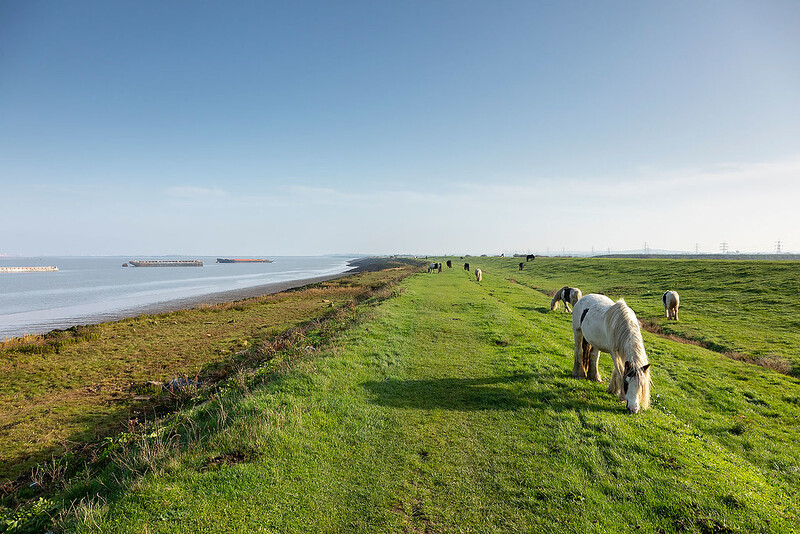 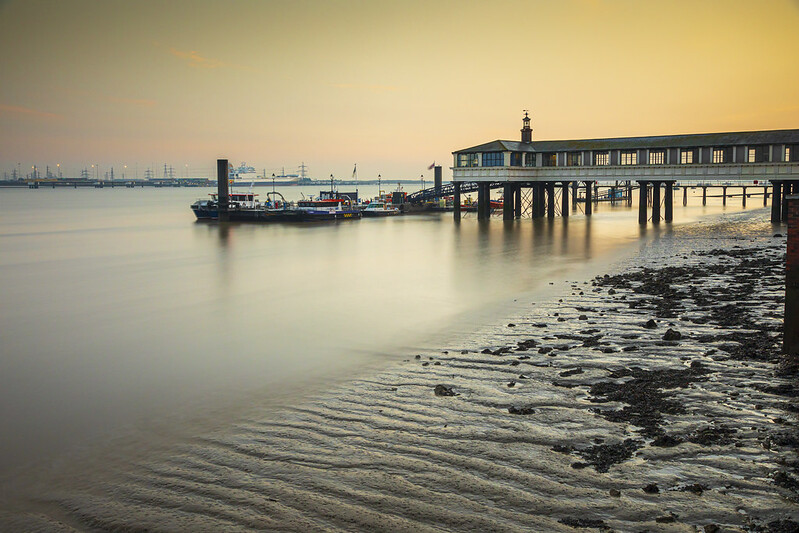 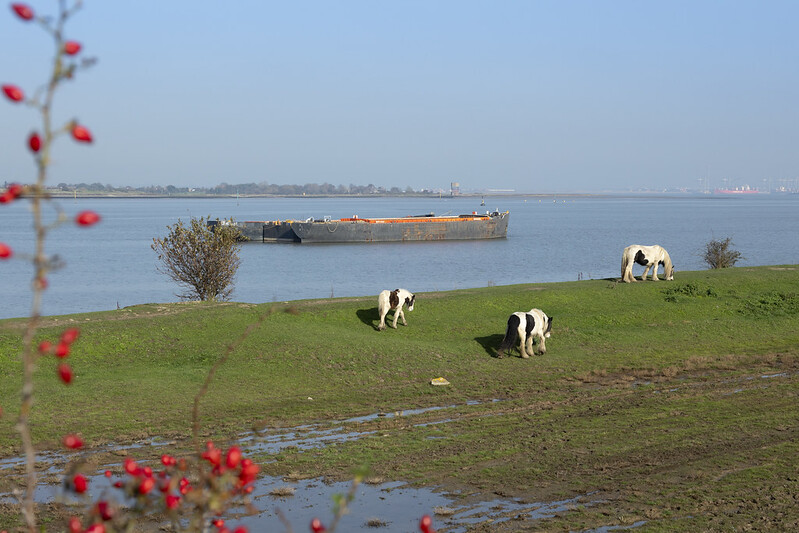 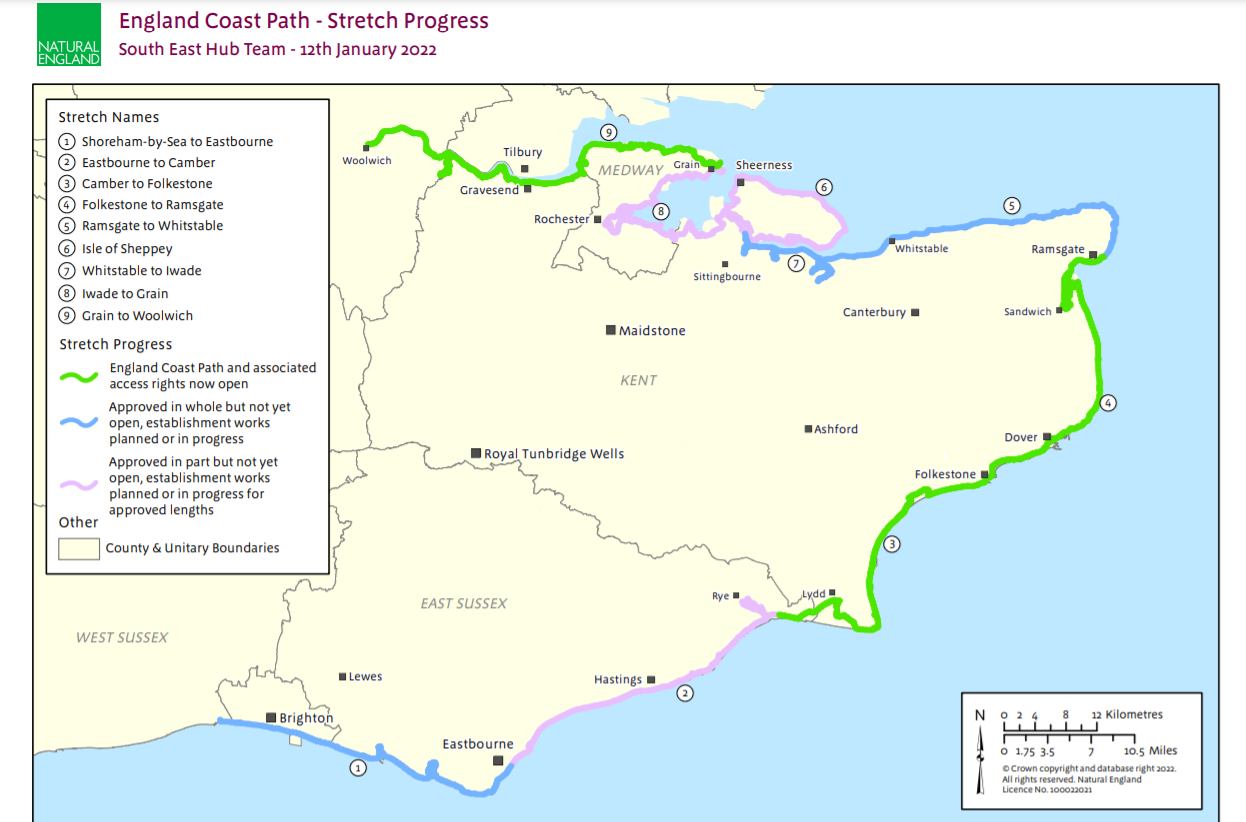 Pub and Cafe Walks in Kent

It is nearly official British Summertime, so that means one thing.... spending…