What have pollinating insects ever done for Christmas? 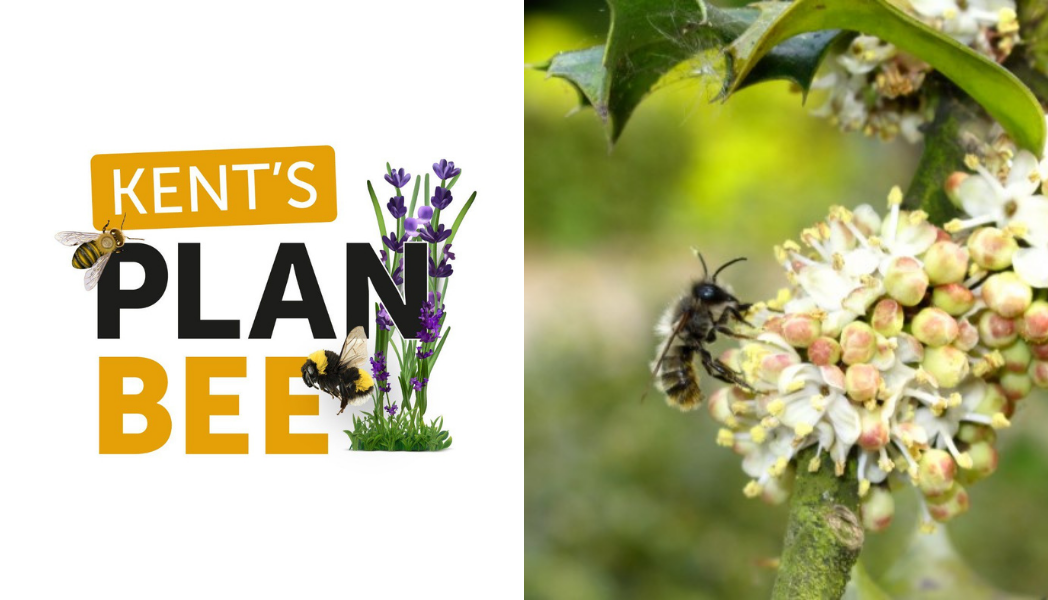 Who can imagine Christmas without all the delicious foods and the decorations that are central to our mid-winter festivities? Over the centuries, many foods and flavours have been assimilated from around the world. With a small amount of virtual globe-trotting, we celebrate seven of our festive favourites, brought to us only by precious pollinating insects, that contribute to our Christmas culture and cheer.

‘Food of the Gods’ Theobroma cacao is the Latin name for Cocoa, the plant from which Chocolate is produced. It is also one of the world’s most insect pollinator-dependent foods.  Research shows that there would be a 90% drop in cocoa seed pod production without pollination. Originating from the western Amazon of South America, cocoa trees produce clusters of tiny flowers directly on its stems and trunk, and the native pollinators are tiny biting midges.  The pollination process is extremely complex but cocoa is now produced around many tropical regions of the world, especially West Africa. In the absence of the insect pollinators, this arduous process has to be done by hand.

‘Nutcracker’ is synonymous with Christmas – as a kitchen utensil and a classical ballet, and the trickiest nut to crack is the Brazil nut, with its solid, 3-sided shell. Behind each Brazil nut lies an extraordinary story involving a tiny carpenter bee, a chisel-toothed rodent and some small hope for the future of wild Amazonian rainforest. It is only harvested from the wild Brazil nut tree Bertholletia excelsa – which cannot be cultivated. Its pollination depends solely on the species of carpenter bees, which only reproduces in wild rainforest. Once produced, the Brazil nuts then depend solely on the agouti, a medium-sized forest mammal, which is able to gnaw through the thick shells around the nut, to disperse and bury the seed – allowing the wild tree to germinate. Forest-based Amazonian people collect Brazil nuts from the floor of the rainforest, and these are one of the most valuable products of South American rainforest worldwide.

‘We all like figgy pudding’ according to the carol “We wish you a Merry Christmas” – but what lies behind the wild Fig plant eaten as a treat and in Christmas baking? Figs are an amazing example of co-existence and evolution between plant and pollinator. Figs are in fact flowers not fruit, and a complicate relationship has developed over millions of years so that wild figs and their pollinators, the tiny Fig wasps, would not exist without each other. The female Fig wasps crawl inside the tiny hole at the base of the inside-out Fig flower, losing their wings and antennae. Once inside, the female lays her eggs and dies. As the new wasp larvae develop, they stimulate the swelling and production of the fig and its pollen. Eventually, the newly emerged and fertilised females escape from the fig, carrying pollen with them, and can fly long distances to start the whole process again in another wild fig flower.

A dollop of ruby-red Cranberry sauce accompanies millions of Christmas dinners alongside roast turkey or nut roast and all the trimmings around the world. The wild Cranberry Vaccinium oxycoccus, a low-growing shrub of acidic bogs, has been a traditional food for many centuries in North America, which still produces the largest amount of the fruit commercially. All Cranberry species depend solely on bees for pollination, and wild bumblebee species are prized as the most efficient pollinators of Cranberry. In Britain and northern Europe, the relative Bilberry Vaccinium uliginosum has a close association with the beautiful and nationally rare Bilberry bumblebee Bombus monticola – a symbolic insect of our uplands and moorlands.

Two symbols of Christmas, Holly and Mistletoe, have their roots in pre-Christian pagan traditions. Both plants are 100% dependent on insect pollination to produce the berries on the female plants. In turn, these insects contribute to the small but important economic value of both these decorative plants, cropped each winter for sale. In both holly and mistletoe, although very different plants, both produce nectar as well as pollen, and attract short-tongued bumblebees and solitary bees, as well as flies. Research has shown that in the absence of these pollinators, the berry production on both plants would be very low.

Cinnamon, the spice with an aroma that conjures the scent of Christmas and flavours many savoury and sweet dishes, comes from the bark of trees native to south-east Asia and China. Used for millennia as a flavouring, the flowers of Cinnamon trees Cassia species, offer both pollen and nectar as a floral reward to insect pollinators. Foragers include honeybees, butterflies, wasps, flies and ants, and the Cinnamon tree produce seeds and germinate from flowers pollinated by these insects.

The sweet and aromatic flavour of Vanilla enhances many Christmas trifles, cakes and drinks. Vanilla is one of the most expensive ingredients in the world and comes from a group of orchid species that develop long pods or vanilla beans once pollinated. The vanilla orchids are native to Mexico and Central America, where pesticide use threatens the survival of their natural pollinators, several species of orchid bee. In other parts of the world where the vanilla orchid is grown, famously Madagascar, all pollination is carried out by hand, which adds greatly to the price of this much-loved spice. 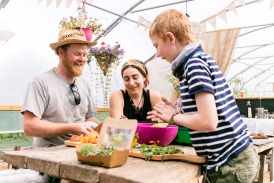 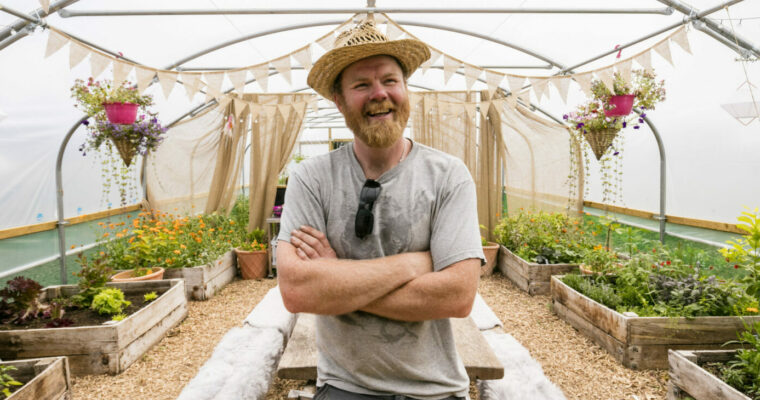 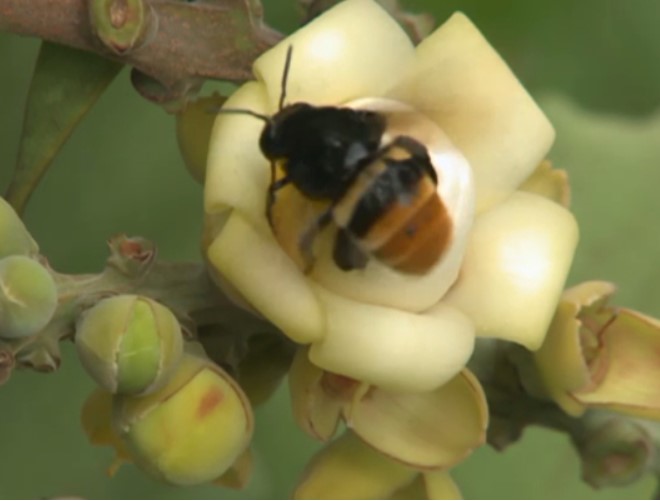 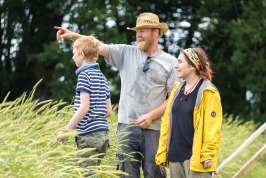 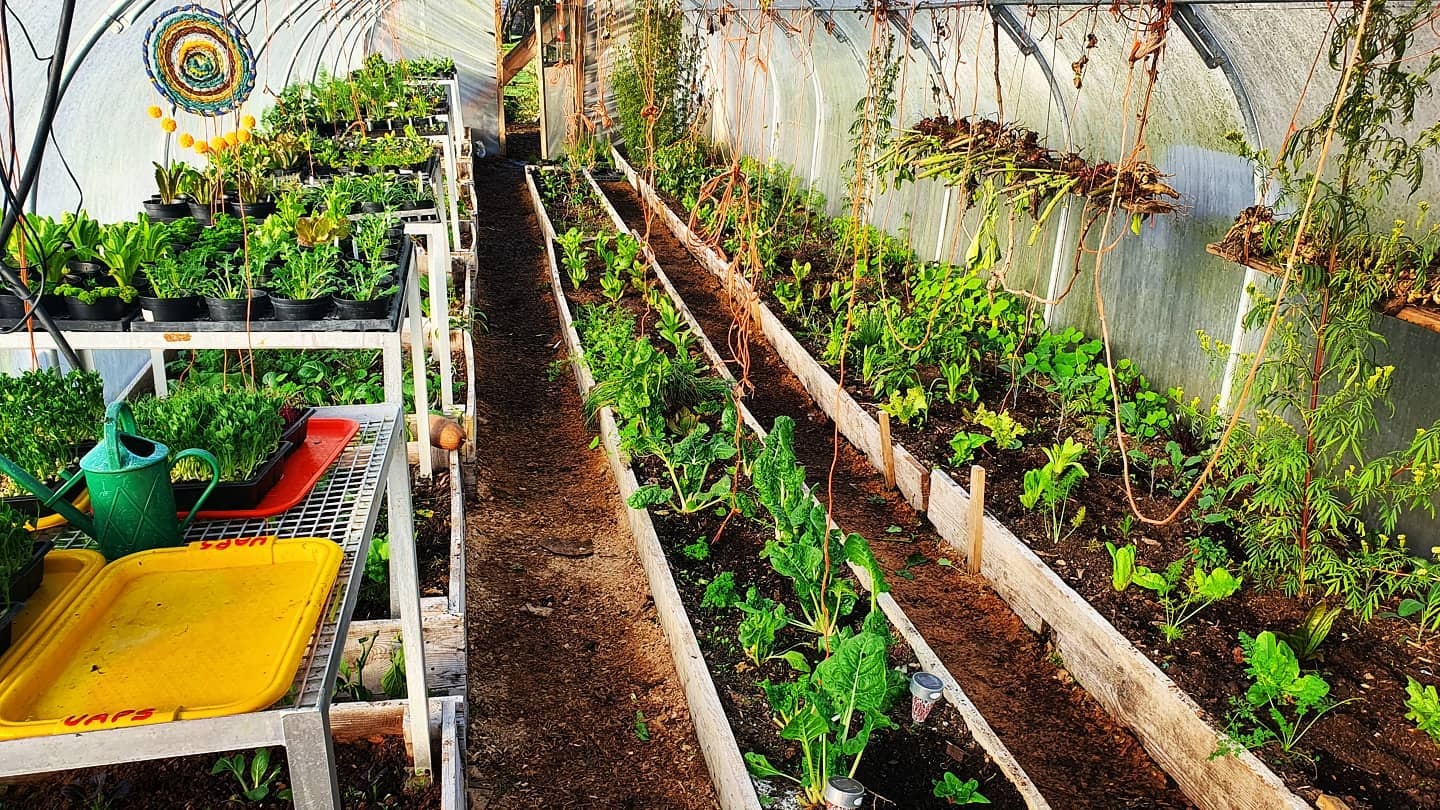 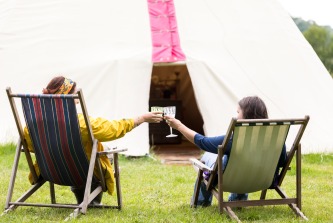 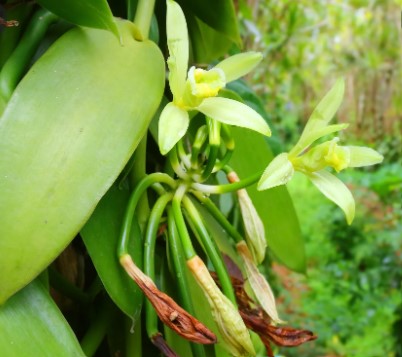 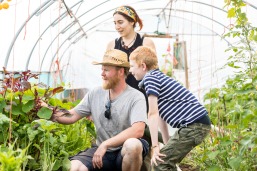 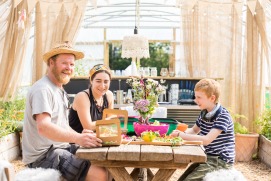 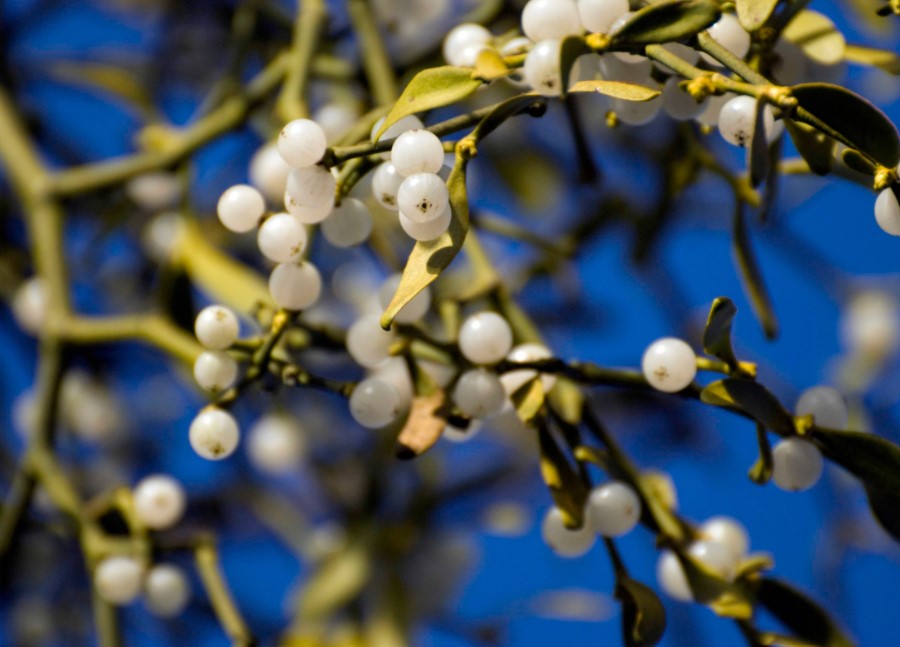 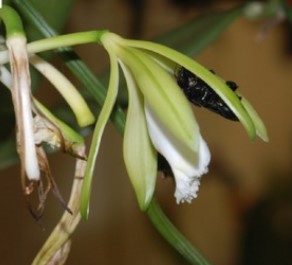