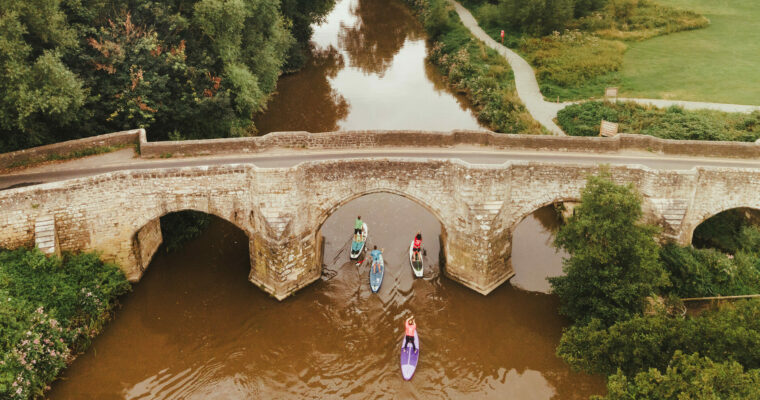 Today, Thursday 14th October, 2,127 parks and greens spaces across the UK have been awarded Green Flag Awards for 2021. With 39 of these being in Kent, including the Kent Country Park sites, Brockhill, Shorne Woods, Trosley, Grove Ferry, Lullingstone, Manor Park, Teston Bridge and Pegwell Bay, a fantastic achievement.

The Green Flag scheme is celebrating its 25 years this year as the international mark for parks. The scheme is managed by environmental charity Keep Britain Tidy under licence from the Department for Levelling Up, Housing and Communities. Its main aim is to recognise and reward well-managed parks and green spaces. Setting the benchmark standard for the management of recreational outdoor spaces across the United Kingdom and around the world.

Parks and greenspaces have been a vital lifeline for many during the last 18 months. They have played an integral role for people across the country as places to be able to relax, exercise and meet and socialise with friends and family safely. The record number of Green Flags awarded this year is testament to the hard work of those tasked with looking after these national treasures.

Some research carried out by YouGov for Keep Britain Tidy over the summer shows just how important parks are to the British public. It reveals that having access to a quality park or green space helped improve people’s mental health with almost six in ten (59%) saying they felt less stressed when using the park.

The site maintenance, facilities, and signage is important factors to maintain to a high standard to encourage more of us to go out and explore these parks and green spaces.  That’s why it’s important that parks are managed to the Green Flag Award standard.

The survey also showed that more than half of people (53%) visit a park or green space at least once a week and more than nine in ten (93%) think that parks and green spaces are important to their local community.

The Full List Of Green Flag Awards Can Be Read Here