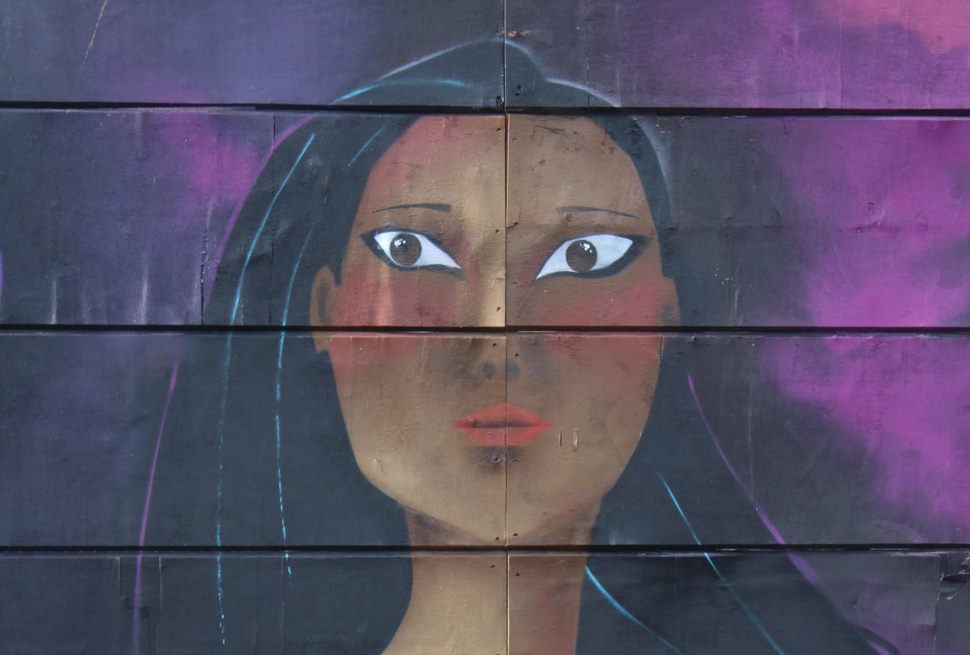 Caroline Millar teaches English Literature and Creative Writing at Canterbury Christchurch University and is currently researching a PhD based on walking and writing the Thames Estuary.

Over the last few months, I have been exploring the Thames Estuary, attempting to capture something of its character. Unlike the river’s upper reaches, a rural idyll that winds through water meadows and under ancient bridges, a landscape that inspired the innocence of The Wind in the Willows and Three Men in a Boat, the lower reaches have their own less easily defined beauty.

The Saxon Shore Way begins at Gravesend and runs all along the edge of the county to Rye. Keep the river to your left and you can’t go wrong. In the pre-Roman era, Kent was known as Cantium ‘land on the edge’, and it’s this sense of being on the edge or border between the river and the sea, Kent and Essex, the city and the country, the land and the water, that makes this landscape so intriguing to me. 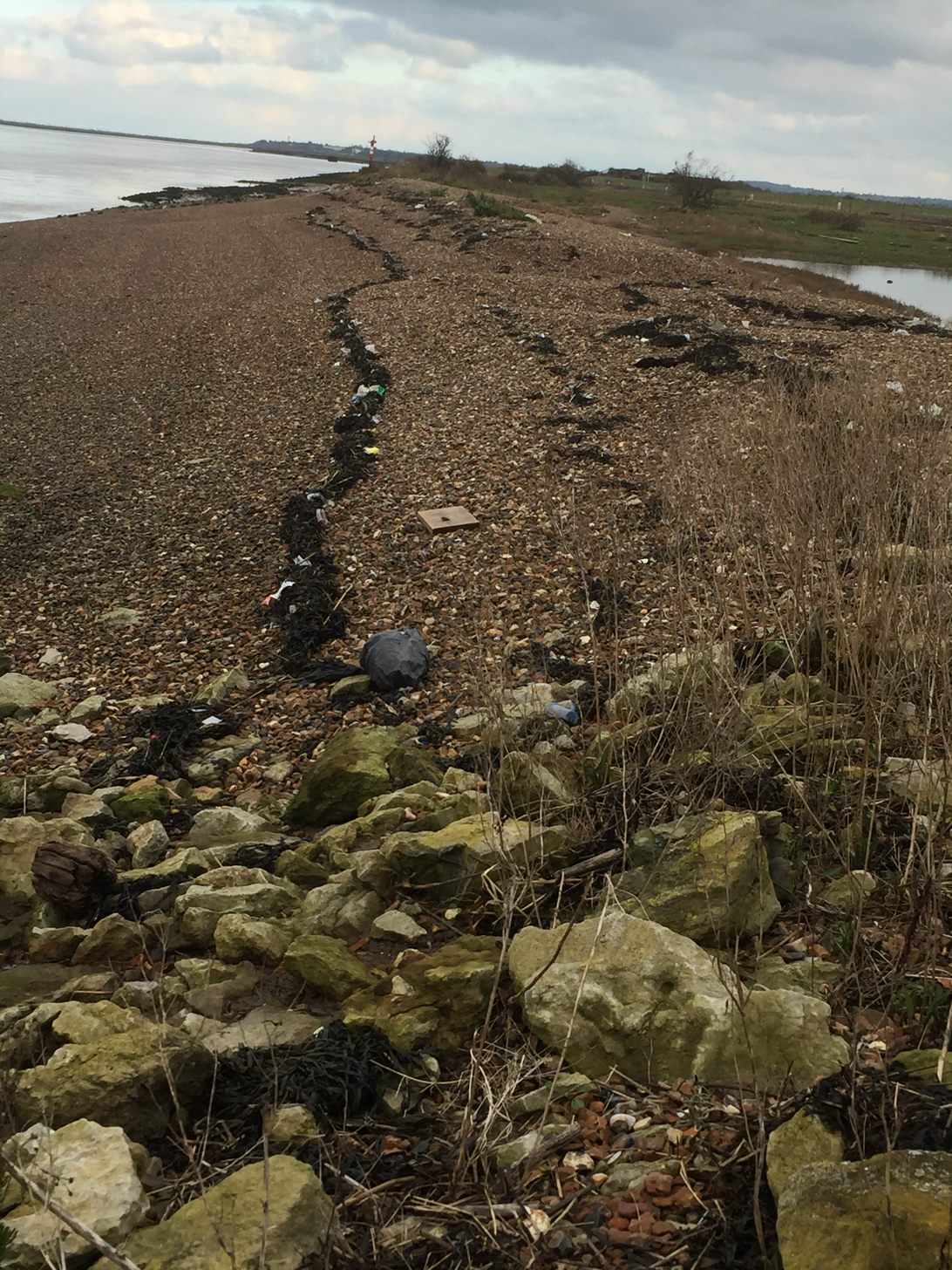 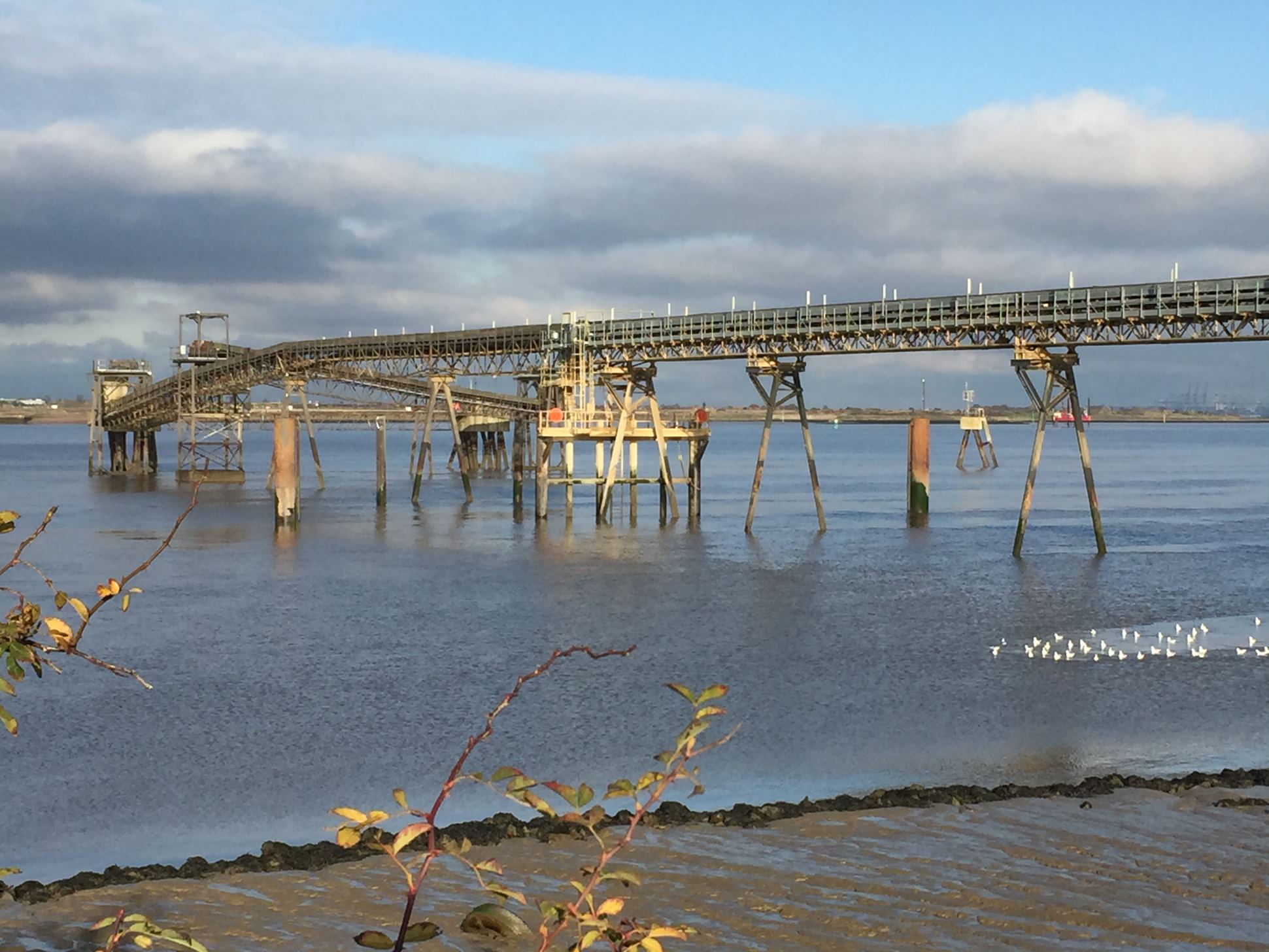 It fascinated the author Joseph Conrad too, for whom the Thames was ‘a waterway leading to the uttermost ends of the earth.’ It’s also, for Conrad and many other writers, a repository of stories and memories linked to the past. You might remember Conrad’s turn-of-the-century novel Heart of Darkness as a journey into the Congo, but the whole story actually takes place on a boat moored in the Thames between Gravesend and Tilbury.

After a life spent at sea, Conrad chose to settle in Kent, living in a number of places around the county including a house next to the church at Bishopsbourne and a farmhouse tucked in the shadow of the North Downs at Postling. He is buried in Canterbury City cemetery near Harbledown. 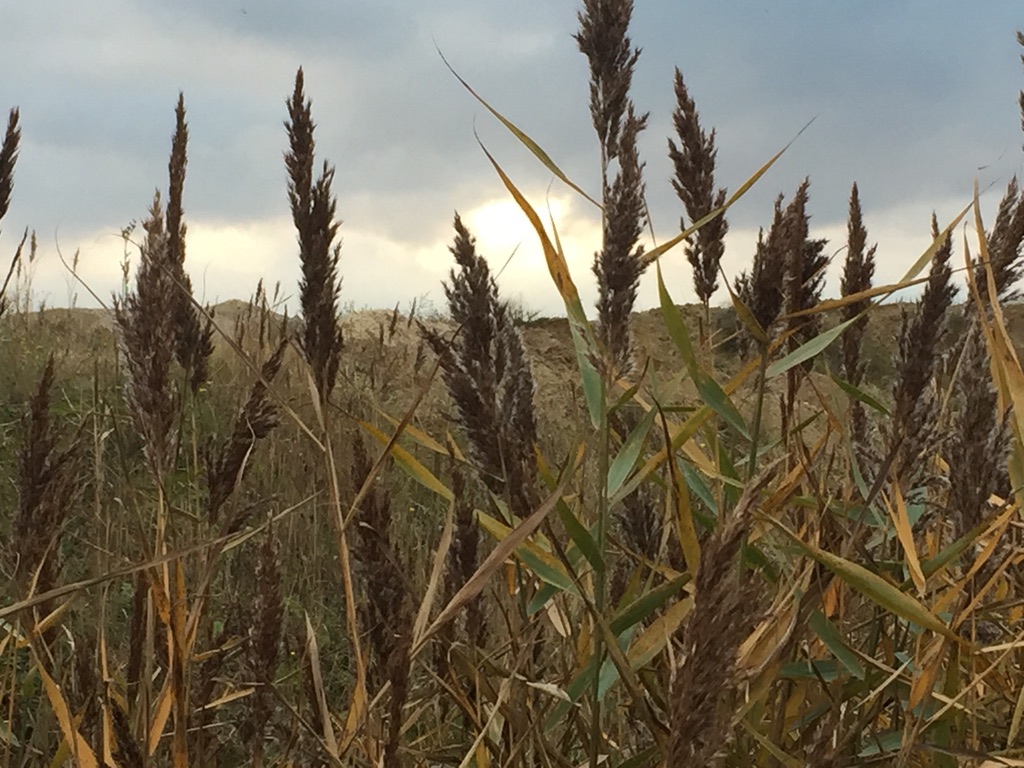 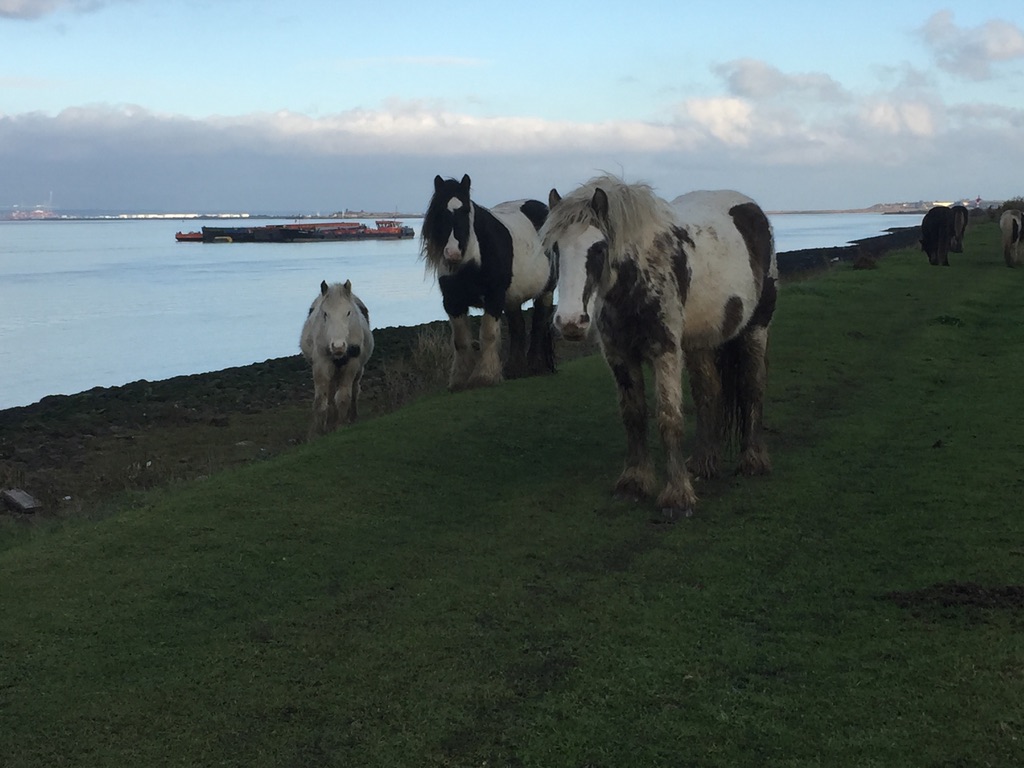 This fascination with the tidal current, the ebb and flow of voices from the past, is what draws me back to walking and reading the estuary. It’s a landscape populated with ghosts, including the young Native American, Pocahontas. Taken away from her tribe and brought to England as a symbol of the New World, she died tragically aged just 21 and is buried in the churchyard of st Georges in Gravesend. You can still visit her memorial, though her bones were lost when the graveyard was dug up during the Great Fire of London.

Follow the path from Gravesend across Shorne Marshes (said to be named after Dr Shorne who was supposed to be able to cure the deadly marsh malaria) and you come to Cliffe Pools Nature Reserve. Originally dug out for gravel extraction, the lagoons are now home to lapwings, redshanks, linnets and skylarks. Rare butterflies, dragonflies and bumblebees skitter along the paths.

We’ve now reached the spur of land (a hoo) known as the Hoo Peninsula and though this may seem like an unwritten landscape, writers have been documenting it for centuries. Most famously, Dickens was inspired by the small graves at Cooling Church for the opening of “Great Expectations”. More recently, author Carol Donaldson has lovingly written about the peninsula in “On the Marshes”.

Working as an RSPB warden at nearby Northward Hill Nature Reserve, she lived through all seasons and all weathers in a remote caravan and her love for the landscape and its people shines through the book. In many ways it’s a paean to a lost landscape, the Hoo’s remoteness making it constantly under threat from development, whether a new airport to rival Heathrow, or housing developments that threaten the character of small villages and farmsteads. 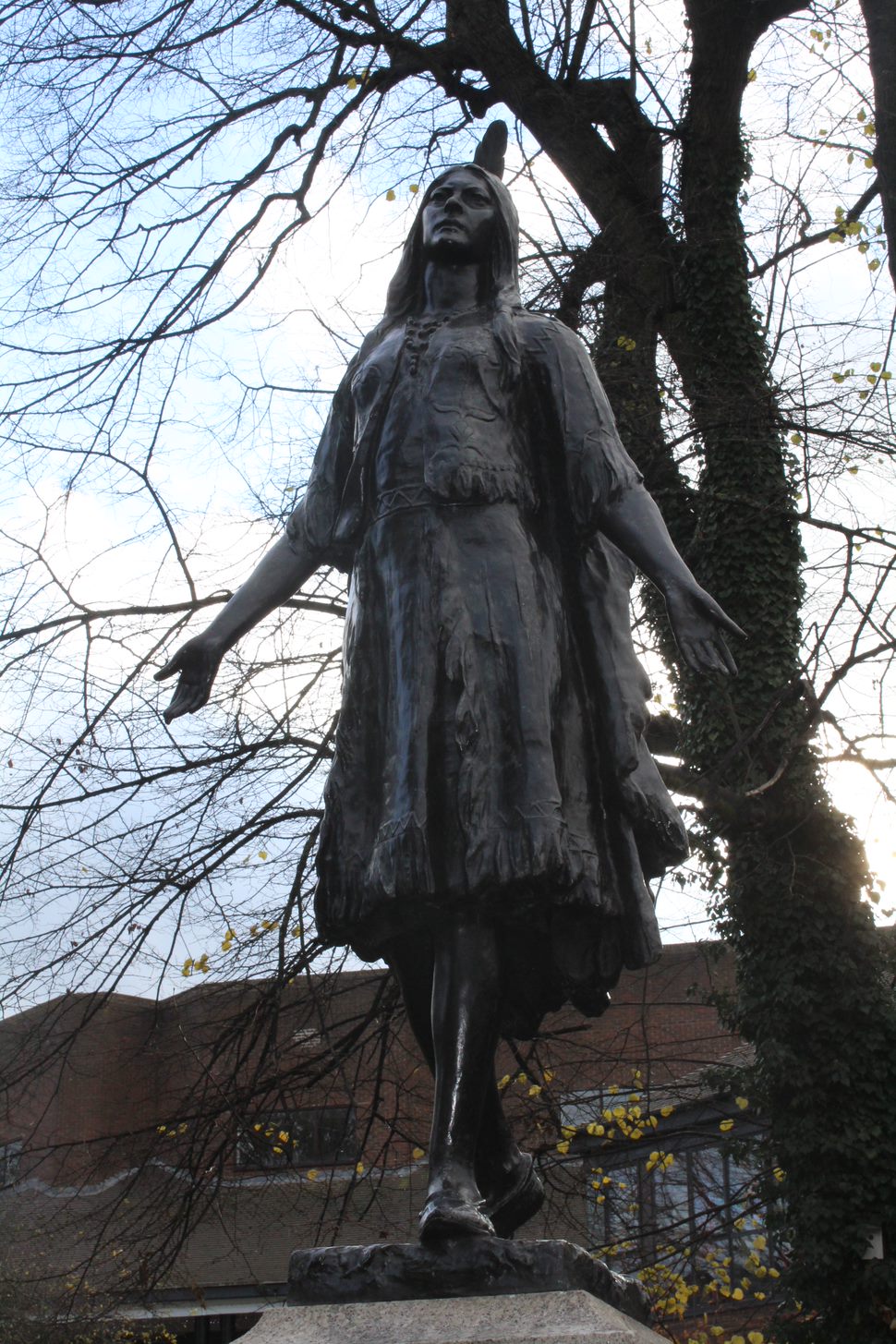 Another writer drawn to the landscape of the estuary was the East German poet and novelist Uwe Johnson. His most famous work, the epic four volume novel “Anniversaries”, is set in New York, where he emigrated to during the Cold War. Leaving the city, he chose to settle in the seaside town of Sheerness on Sea.

An émigré writer, like the Polish-born Conrad, Johnson became fascinated by the island he chose to call home. He had started writing a book about Sheppey and its people, but sadly it was never completed before his death at just 49. The aptly-named The Sea View Has Me Again (due out in December), will tell the story of how one of the greatest and most-influential East-German writers of the post-war period came to live on Sheppey.

For a small island, Sheppey has another claim to fame in the shape of prizewinning novelist Nicola Barker. Her novel, “Wide Open”, is set on the island, its cast of oddball characters both marooned from and protected from the life of the mainland. “Wide Open” is the first in her Thames Gateway trilogy, which she followed with “Behindlings” set across the estuary on Canvey Island and “Darkmans” which takes place in Ashford.

From Sheppey we journey round the coast to Faversham. On an overcast day, the twists of Faversham Creek as it curves its way through the flat marshes and the vast estuary sky above can combine to create a bleak landscape. Perhaps it’s this very flatness which opens up spaces for the writer to fill with their own stories.

The title of Gary Budden’s “Hollow Shores” evokes the landscape of Ham Marshes, the nose of land where Faversham and Oare Creek meet. Having grown up in Faversham, Budden is well placed to excavate the stories hidden in the North Kent coast. Many of his plots revolve around a character who confidently journeys out from London only to become lost in both place and time. Sometimes getting (a bit) lost is the best way to find a place and discover those stories that the landscape wants to keep hidden.