A day on the rails 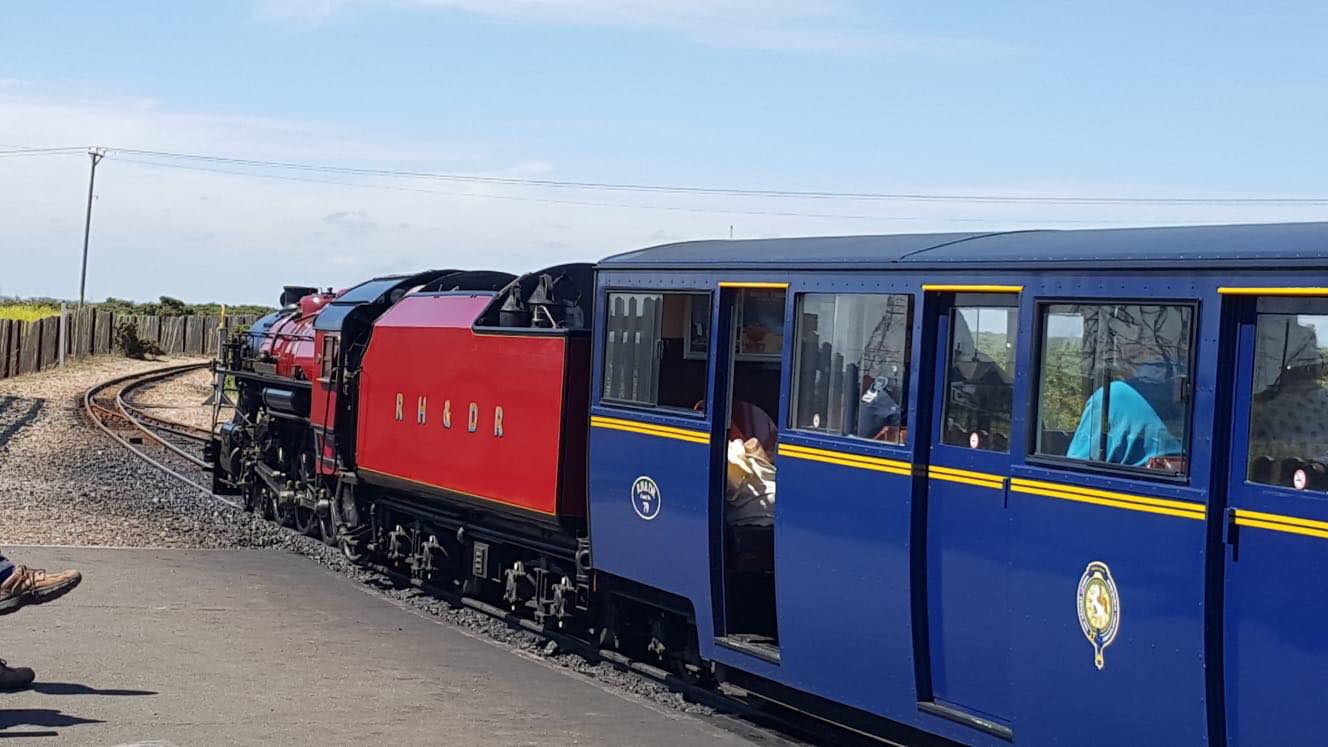 After a windy and rainy weekend, the skies cleared for us on Monday so that we could take a family day trip along the Romney, Hythe and Dymchurch Railway. It was kind of a late Father’s Day treat for my dad, who was more excited than any of us to climb aboard the little steam train and go rattling out of the station into the beautiful countryside.

We started our journey in Hythe, at the picturesque station nestled against the banks of the Royal Military Canal. The first steam train whisked us off to New Romney where we stopped for lunch at the station café and looked around the model train exhibition. Then we jumped on another train to Dungeness – the end of the line.

Dungeness is a unique landscape, one of the largest expanses of shingle in Europe, and home to a remarkable number of rare plants and insects – some of which are found nowhere else in Britain. Stepping off the train onto this flat expanse of shingle dotted with colourful plants is almost like stepping off into a foreign land. There’s plenty to do here, from a visit to filmmaker Derek Jarman’s famous garden to the RSPB nature reserve or a stroll along the beach. The lighthouse was closed for renovations, although you can usually climb up and enjoy a bird’s eye view of Dungeness from the top. Nor were we lucky enough to spot a common seal which the fishermen told us was an almost daily visitor to the shoreline. 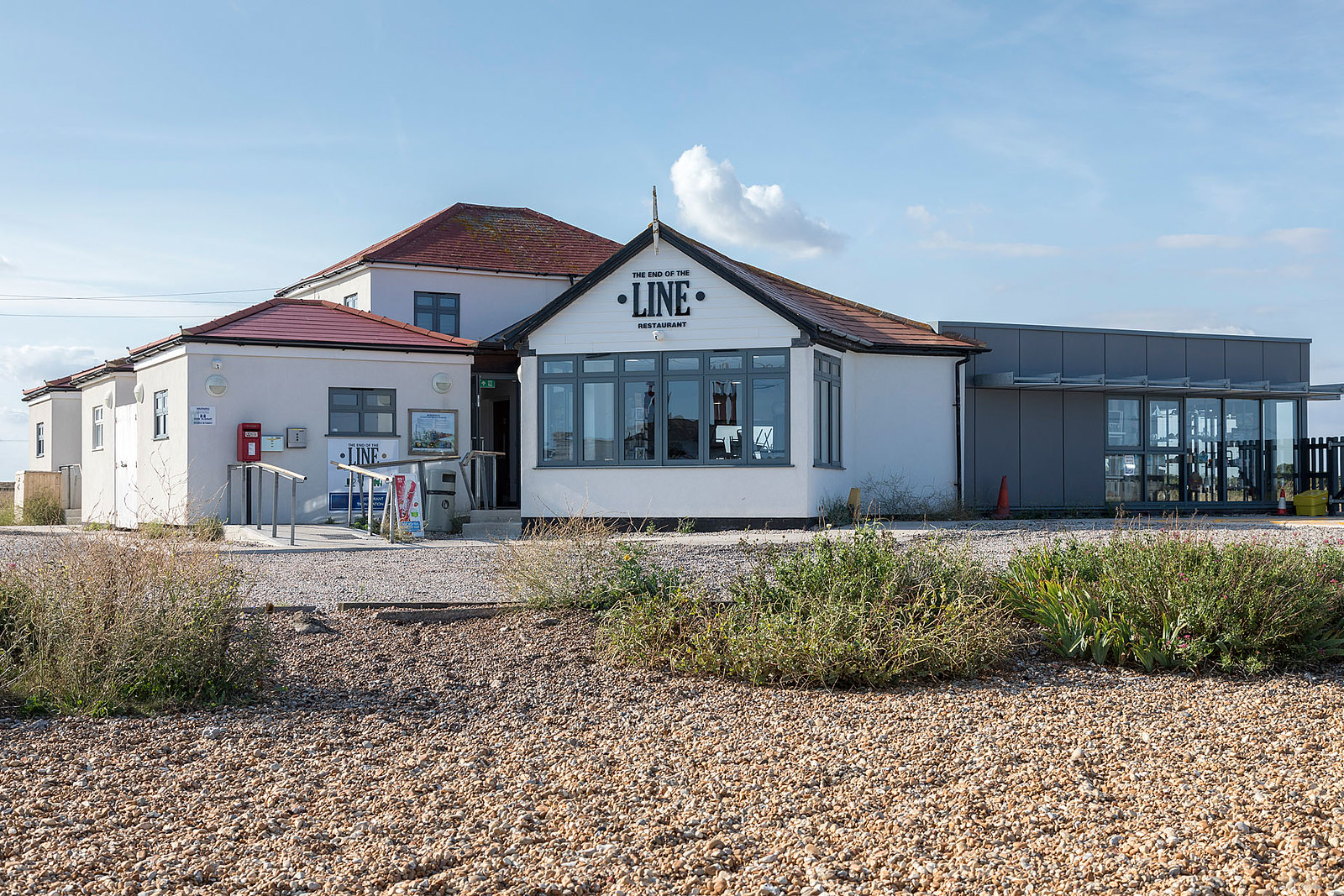 After a refreshing drink and our fill of sea views, we hopped back on the last train to Hythe – a smart blue engine called ‘Hurricane’. The wind on our faces in the open carriage certainly lived up to the name! The views from the train across Romney Marsh are fantastic, and we even spotted a kestrel in one of the many fields we passed, along with plenty of sheep and young lambs.

Once back in Hythe there was still time for a walk along the Royal Military Canal, built between 1804-09 to defend against a possible invasion by Napoléon. Either side of the water are scenic walkways and overhanging trees, making this a gorgeous spot for a stroll or a picnic. You can even cycle alongside the canal to make your way from Folkestone to Hythe.

Leaving the canal behind we emerged on to Hythe seafront, a cyclist friendly promenade set against a pretty pebble beach and bright blue sea. The outline of Dungeness power station on the horizon showed us how far we had travelled in a day! We rewarded ourselves with dinner at the Hythe Bay Seafood Restaurant – yum!

If you haven’t visited this southern tip of Kent, then I recommend a trip this summer. Nature and conservation enthusiasts will enjoy the sheer variety of plant and animal life, while those looking to escape the daily grind can soak up some sunshine on the shingle beaches.

To experience all that this stretch of coastline has to offer, try walking the England Coast Path from Camber to Ramsgate. 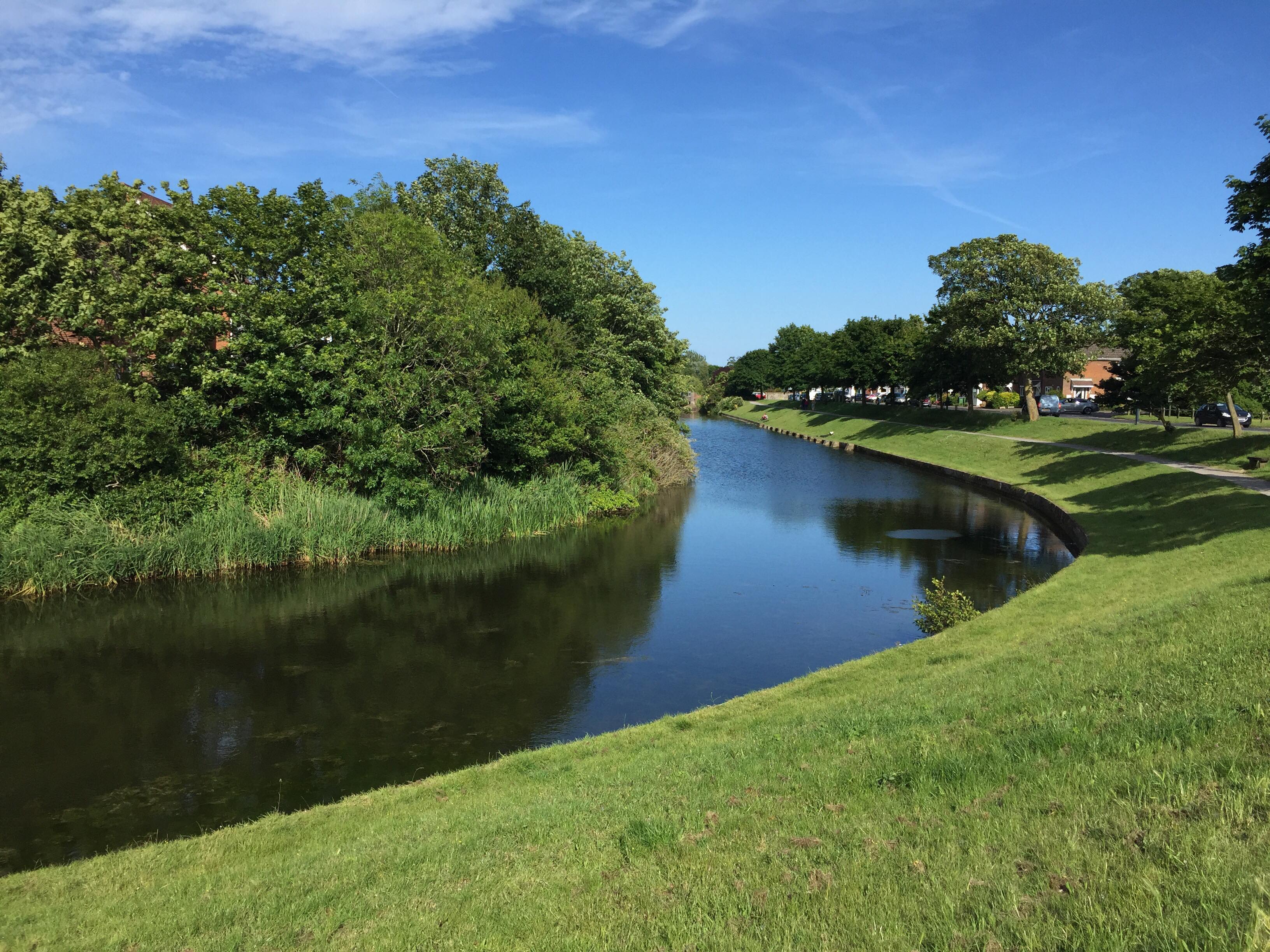 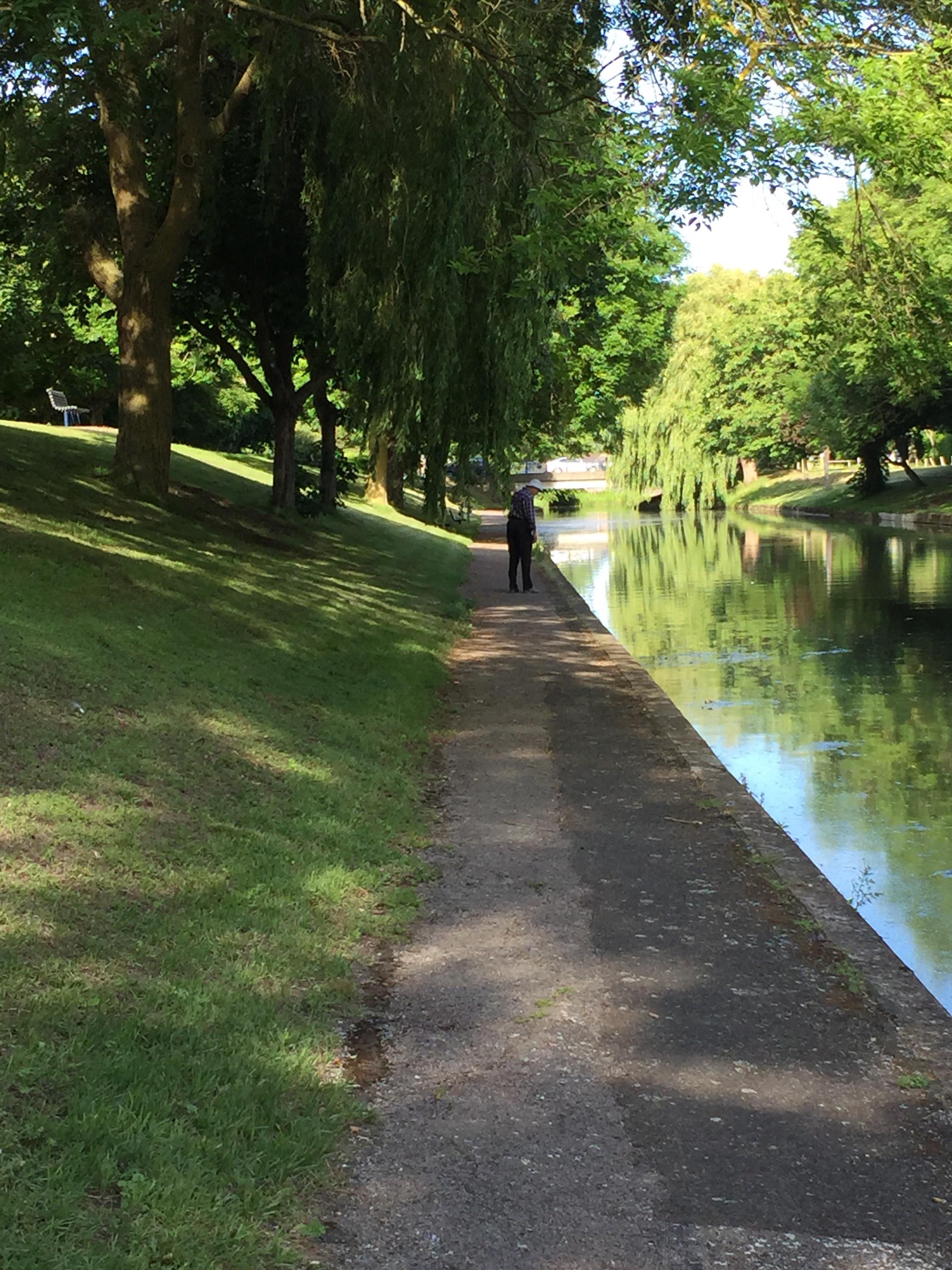 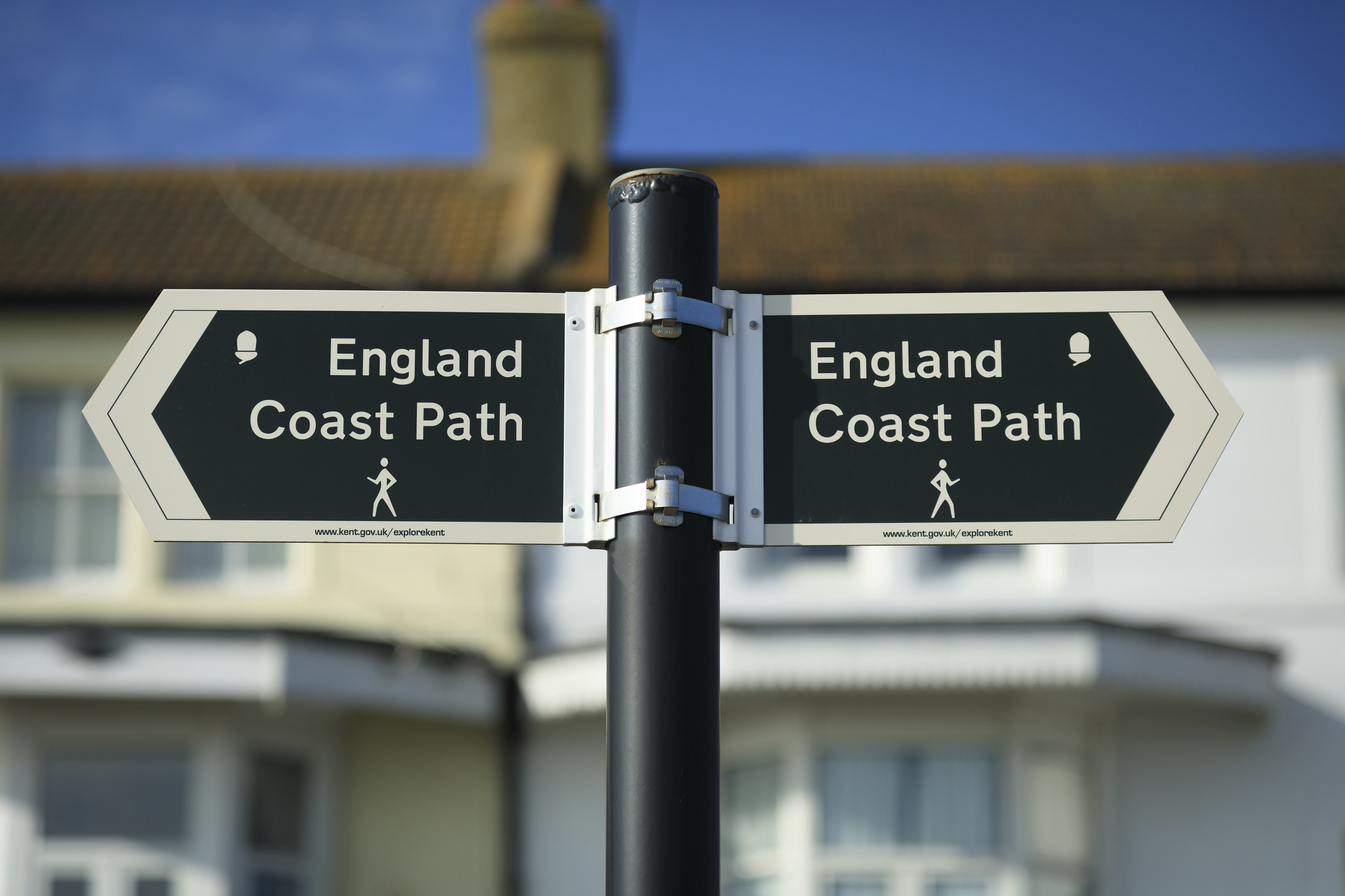 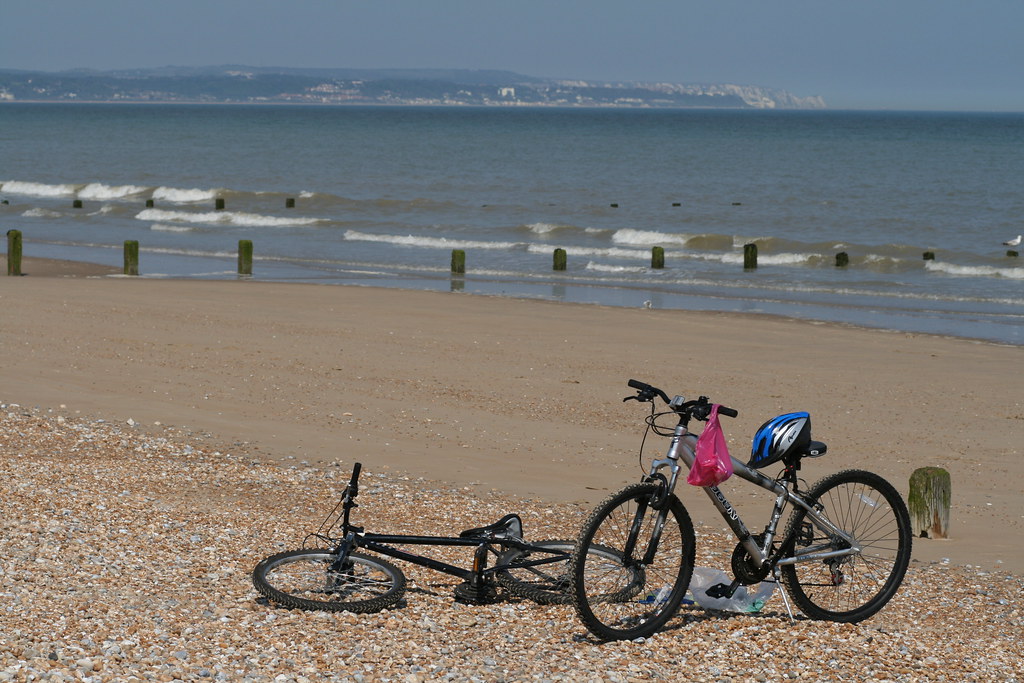