Paddle the Medway with Ana 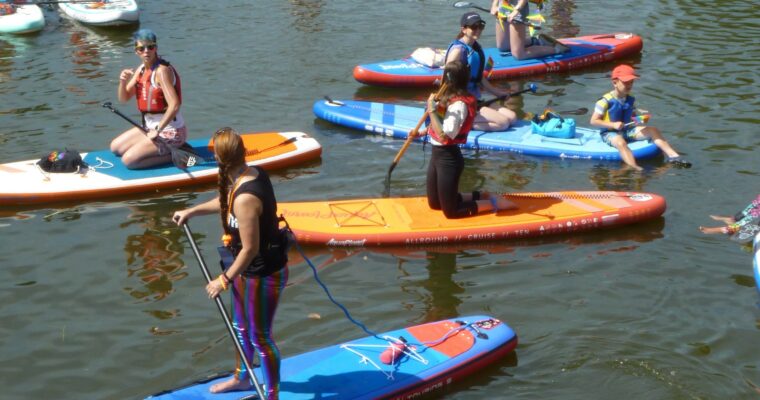 Ana Teubler, a retired accountant from Kent, set up SUP with Ana just over a year ago. The idea came from a passion for stand up paddleboarding and looking to learn safety aspects of it when offering it to her friends.

Ana coaches on River Medway at Tonbridge, a beautiful town full of life. She takes her clients exploring Tinker Island and paddles by the medieval Tonbridge Castle.

The River Medway is a river in South East England , it rises in the High Weald, East Sussex, and flows through Tonbridge, Maidstone and the Medway towns, before emptying into the Thames Estuary near Sheerness – a total distance of 70 miles!

The middle section of Medway above Tonbridge is very susceptible to flooding due to the many tributaries entering the river in the stretch, particularly River Eden so much that the higher part of town is called “Dryhill”! It has numerous locks which makes it more navigable between Leigh Barrier at Penshurst and Allington Marina where it becomes tidal.

The Medway is the second largest river in south east after the Thames. It’s incredibly historical, including 4 medieval castles, which makes it a great spot for visitors and is loved by all paddlers around the country.

Ancient sites abound throughout the length of the River Medway. The area around Aylesford is a notable Stone Age site where the Medway megaliths are a group of Neolithic chamber tombs including the Coldrum Stones and Kit’s Coty House. Bronze Age ornaments and beakers have been found along the river; other burial sites and finds come from the pre-Roman Iron Age. The Romans also left evidence of many villas in the lower Medway Valley; later Jutish burial sites have also been found.

The Hartlake disaster of 1853 saw the deaths of 30 hop-pickers when a wagon carrying them crashed through the side of a rotten wooden bridge at Golden Green near Hadlow, throwing its passengers into the flood-swollen river. This is a not so easy location for our paddles but nevertheless very pretty, surrounded by country views and a large proportion of the Second World War pillboxes still remain. 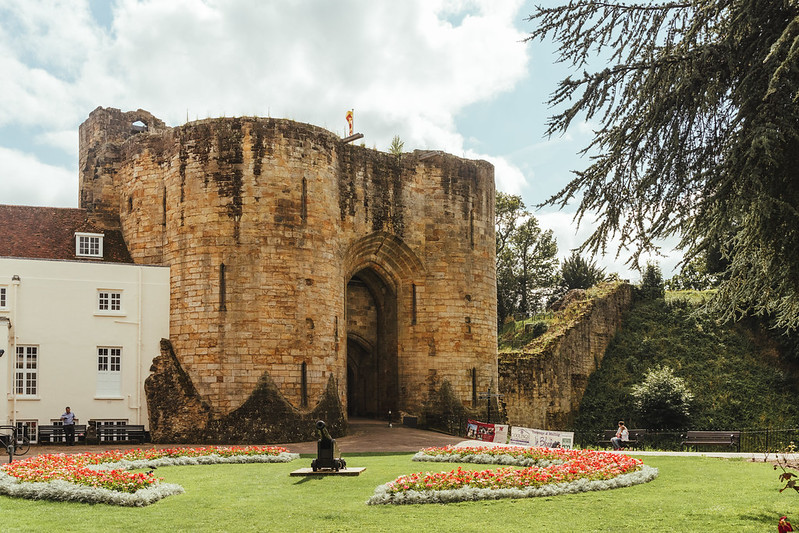 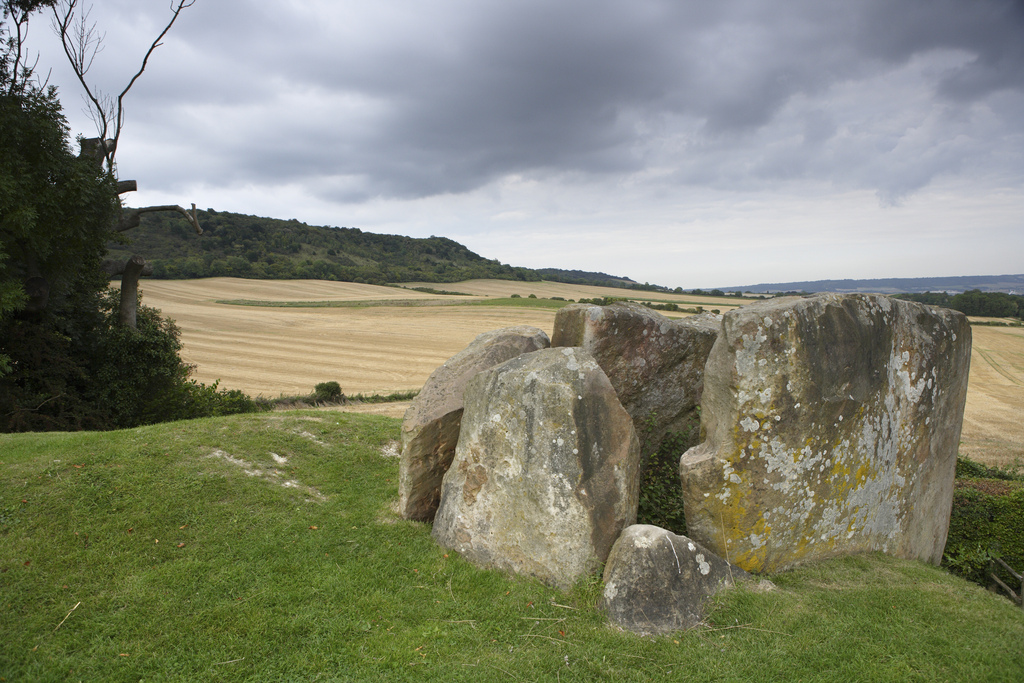 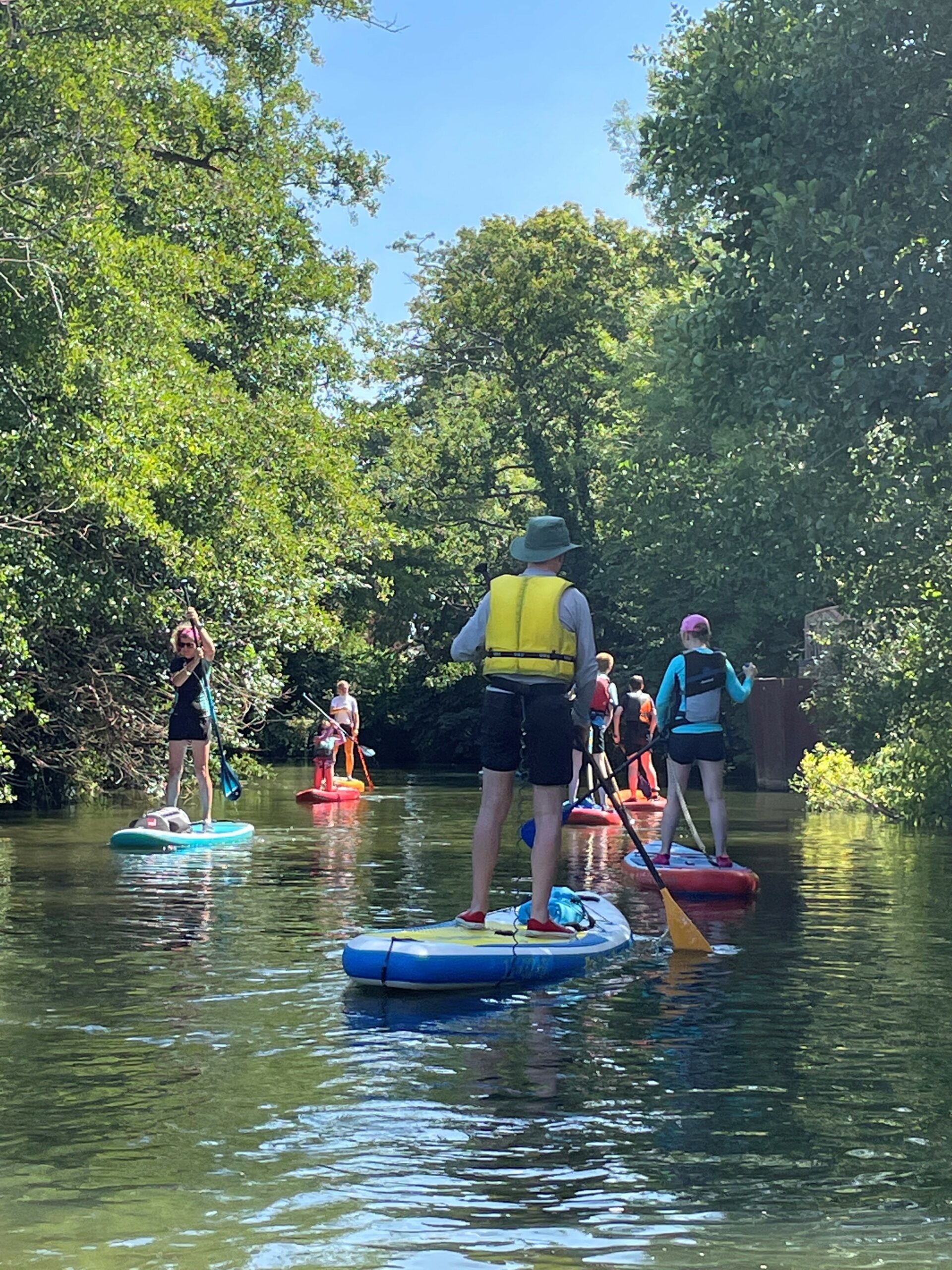 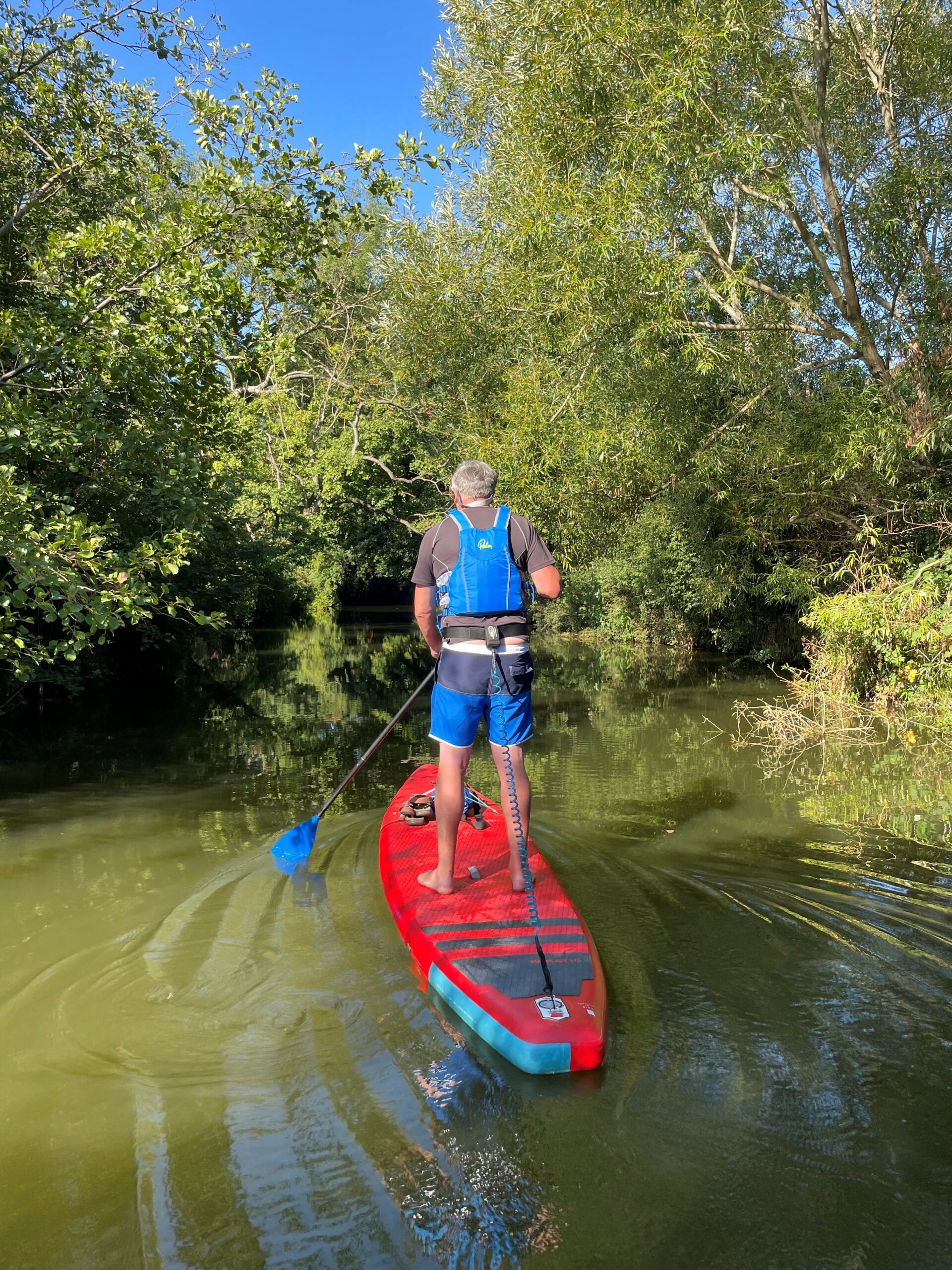 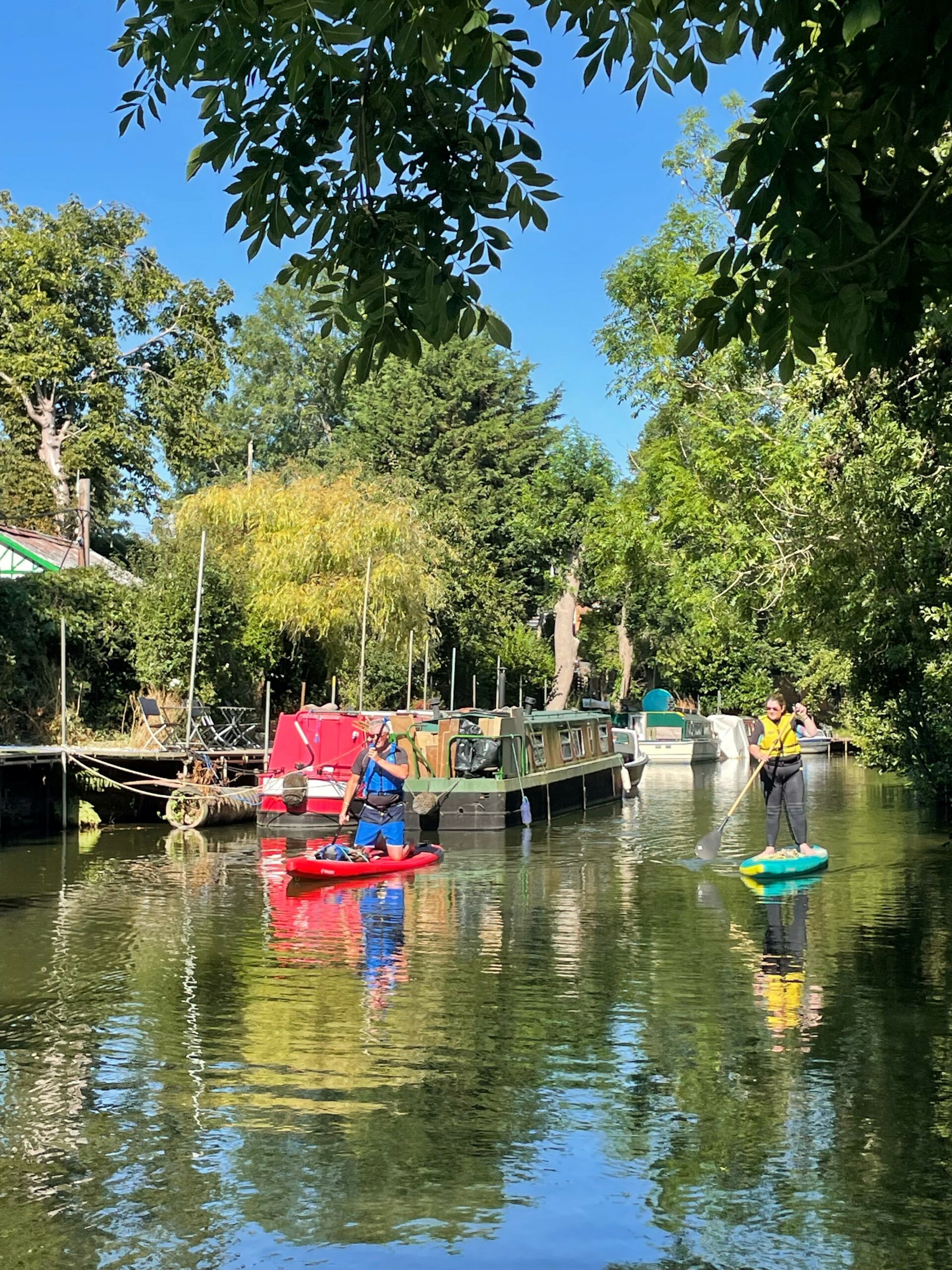 “Kentish Men” and “Men of Kent”

The Medway is said to divide the county of Kent into two parts: this may allude to the two dioceses into which Kent has been divided since the year 604: Canterbury and Rochester. The tradition has grown up, and is kept alive by the “Association of Men of Kent and Kentish Men”, that those born in West Kent – the area north of the river, but including Maidstone, Gillingham (other than Rainham), Rochester and Chatham – are labelled Kentish Men (or Maids); while those born in East Kent are Men (or Maids) of Kent. This labelling applies equally to those born in those parts of the traditional county absorbed into London since the 1880s.

For the 1999 film The Mummy the river was filmed at Chatham Dockyard, in an imitation of a “port at Cairo”. The scene is brief but involves the main protagonists departing on their mission to the city of the dead.

Every year a festival is held in Maidstone to celebrate the River Medway. Maidstone River Festival, which has been running since 1980, is held on the last Saturday of July. It features events on and around the river and attracts thousands to Kent’s county town. The festival was cancelled in 2012 due to the London Olympics, but returned in 2013.

The Medway Valley Walk follows the river from Rochester to Tonbridge along the bank most of the way above Allington. It starts on the Saxon Shore Way at Rochester.

Maidstone Millennium River Park is a 10 kilometres (6 mi) walk from Teston Country Park to the Museum of Kent Life at Sandling. 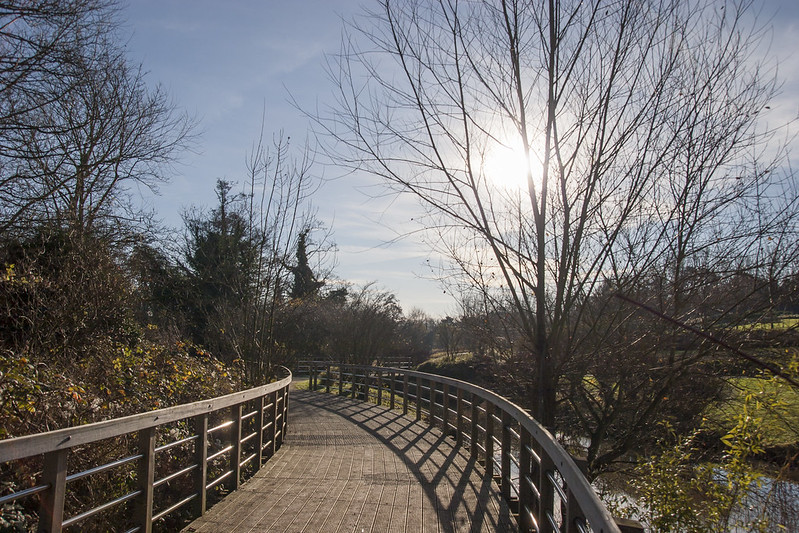 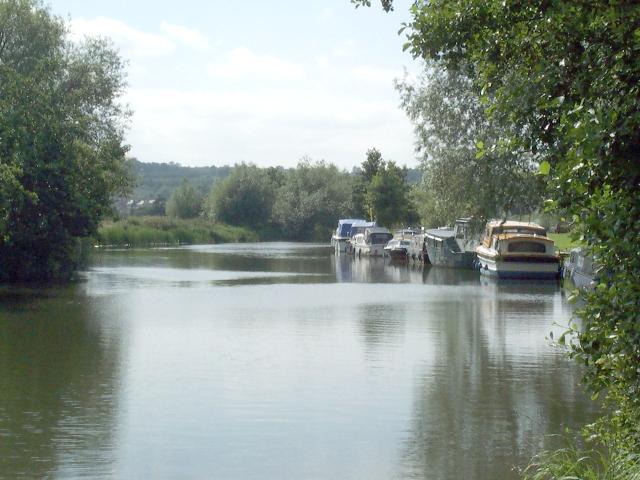 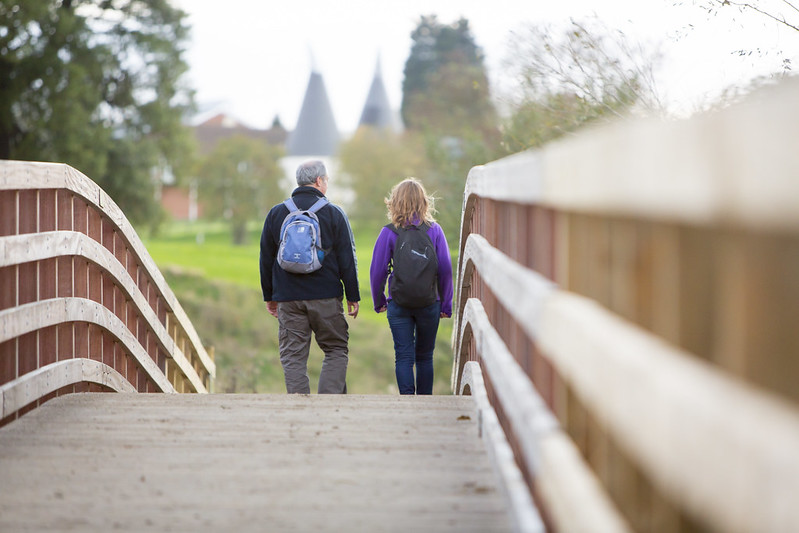 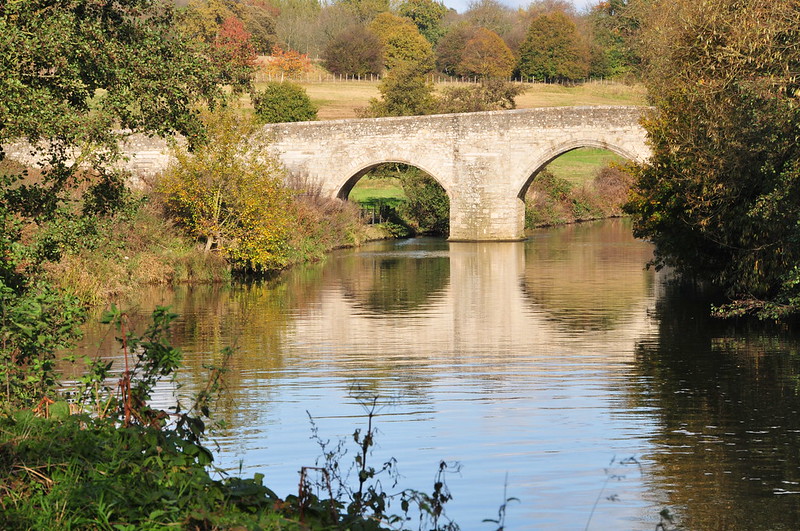 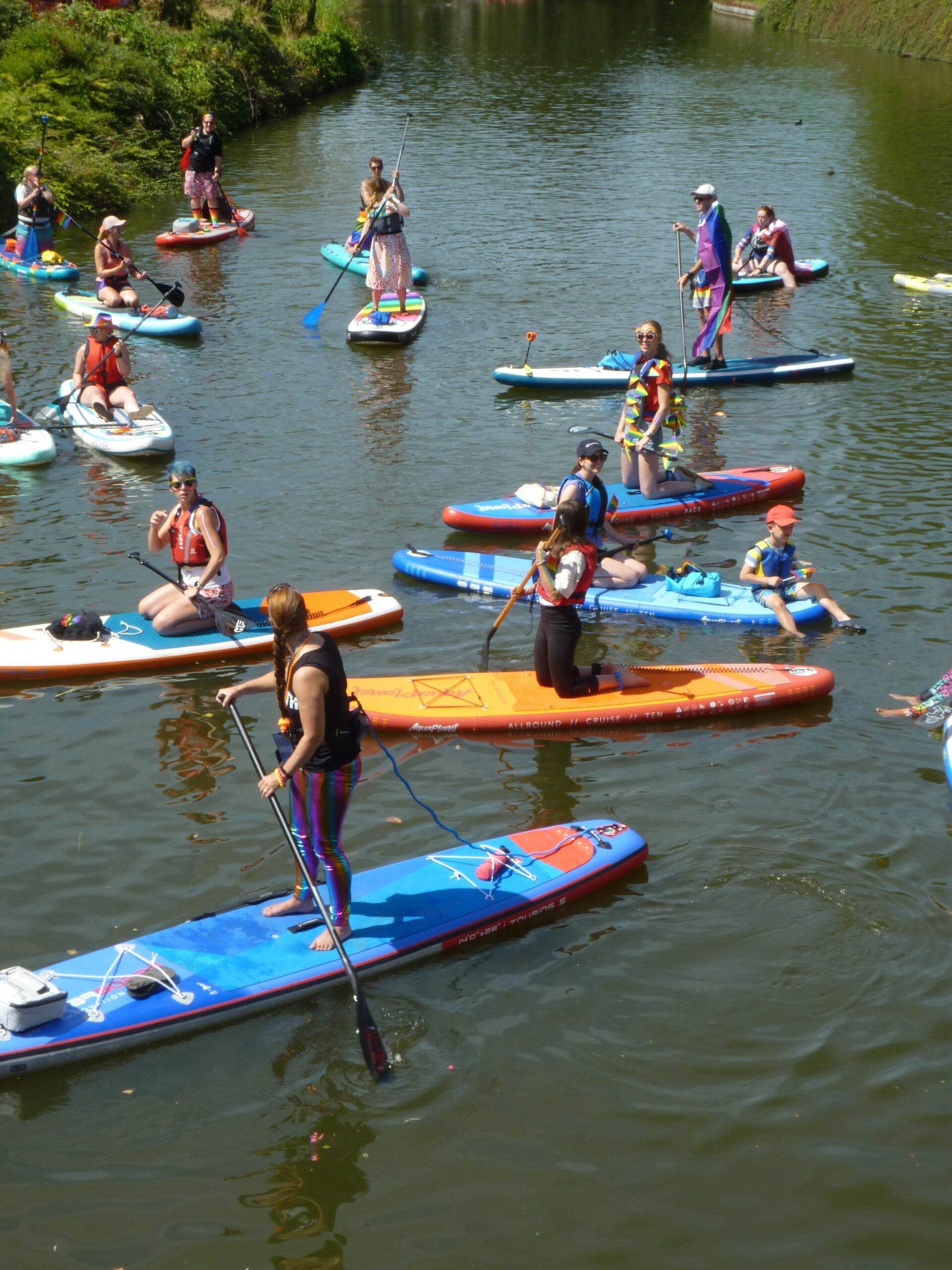 SUP with Ana has been supported along the way by British Canoeing which she is a delivery partner for, as well as numerous local companies in running her day events and weekends away. Individuals and club members paddling on the Medway and most other rivers should be members of British Canoeing.

A big part played has been by Planet Patrol who organises River Clean ups in UK and abroad. They have supported me Ana with equipment and spreading the word about this amazing community project. Another big inspiration was Jo Moseley  and her project “Brave Enough “ which Ana proudly screened for the first time in Kent. Special thanks goes to Sevenoaks School for the hire of their pool for the most important aspect of this sport – safety .

Interested in joining Ana on River Medway tour or even expedition? Do get in touch.