Kent – a hotspot for wild bees 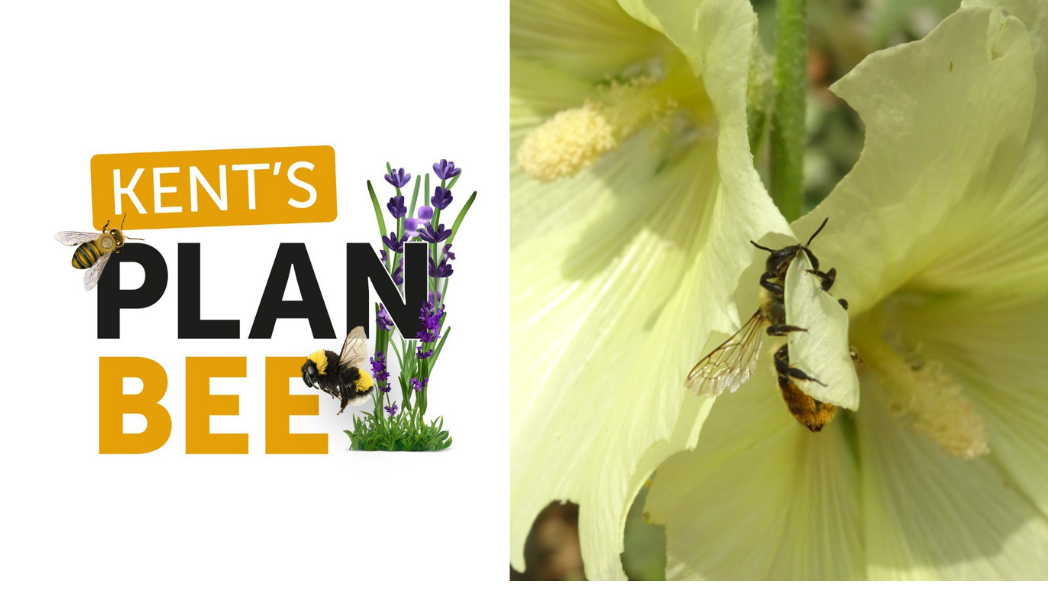 Video footage of the Red-tailed mason bee Osmia bicolor, nest-building in a snail shell, shot on site in Dorset but this solitary bee is also found on chalk grassland sites in Kent.  Video credit: JWEntomologist, linked from YouTube

Kent supports a wonderful diversity of wild bees. These essential pollinating insects benefit from the mild, sunny climate of Kent and have a long, historic association with the mixed farming and fruit growing, varied land-uses and habitats of the county.

Of UK’s 270 species of wild bee, at least 160 of these species have been recorded in Kent. 22 of these are bumblebees, which are social, colony-living insects, and work together to raise their offspring. However, the largest groups of about 140 species are all solitary bees, which lay their eggs in individual nests either in the ground or in holes and spaces in trees, walls, plant stems or even snail shells. There is also 1 honey bee species managed for honey and other products. All bees are invaluable for their pollinating services to wildflowers, many farm produce, garden flowers, fruit and vegetables.

Many of the bumblebees and wild bees are experiencing serious declines in their numbers and the extent of areas where they are found, and a number of Kent’s bees are nationally rare or scarce.

Here are few special wild bees to look out for in the coming weeks across Kent.

Is a nationally rare solitary bee, found along just a few stretches of the south and east coast of England, including the Kent coast. It flies mainly during August and September and can be seen on saltmarshes and other coastal areas, where it collects pollen solely from the flowers of Sea Aster.  Sea Aster bee digs nests in bare, loose soil and can form large collections of individual nests (called aggregations) on south-facing banks and slopes. It is well-adapted to its habitat of salt marshes and low-lying coastal areas, where its nests can be prone to flooding from high tides.  The nest chambers that house its young are lined with a cellophane-like waterproof layer made by the females so that they can withstand periods of flooding.

Further information can be found here on the Buglife Website.

Is a robust and attractive solitary bee which can usually be identified from yellow dots or dashes along its abdomen. Flying from May to late August, it is commonly seen in gardens in southern England.  It forages on plants in the mint family especially woundworts and Black Horehound.  Males can be seen defending their feeding territory quite aggressively against other males, and other larger insects such as bumblebees. As its name suggests, the female collects wool from downy plants such as Great Mullein and Lambs Ear, and ‘cards’ (brushes together) the fibres to line and seal existing cavities in walls, brickwork and hollow stems where they lay their eggs in single cells.  Females can sometimes be seen in flight carrying bundles of fine downy hairs to the nest site.

Form a large group of solitary bees, most of which feed on a wide range of flowering plants. Pollen is carried by the females in pollen brushes (scopa) beneath the abdomen and they have large heads and strong jaws for nest excavation or creating pulp. ‘Osmia’ means scent or smell – as this group of bees are known to mark their nests with a lemony scent. Mason bees build nest chambers out of mud and chewed leaf material in holes in wall cavities and masonry, wood and hollow stems. In the UK, 3 species, including the Red-tailed mason Osmia bicolor, have adapted to build egg cells and nest in empty snail shell as shown in the YouTube video above.

The name ‘Megachile’ means ‘large-lipped’ and refers to the powerful jaws of these solitary bees. Leafcutter bees feed on a wide range of flowering plants, and females have pollen brushes under their abdomen. Leafcutters are adapted to cut neat sections of leaves and petals, without harming the plant, and they use these to create patchworks of lining material to form the egg cells within hollow stems, holes and walls, including in bee hotels.

The Kent coast is one of only 4 areas in England and Wales that still supports all 5 species of Carder bumblebees, 4 of which are rare or scarce nationally – the Shrill carder, the Red-shanked carder, the Brown-banded and the Moss carder bee. The Common carder is found frequently in gardens, parks and countryside across much of the UK. The carder bumbles all have long tongues and prefer to feed on deep-structured flowers like foxgloves, dead-nettles, bird’s-foot-trefoil and other peas and vetches, and red clover. They form nests at the bottom of thick, tussocky grass which they ‘card’ together to create a nest.

Things you can do to help the Wild Bees of Kent

Photo credits: Bex Cartwright and Rosie Bleet in order as written above. 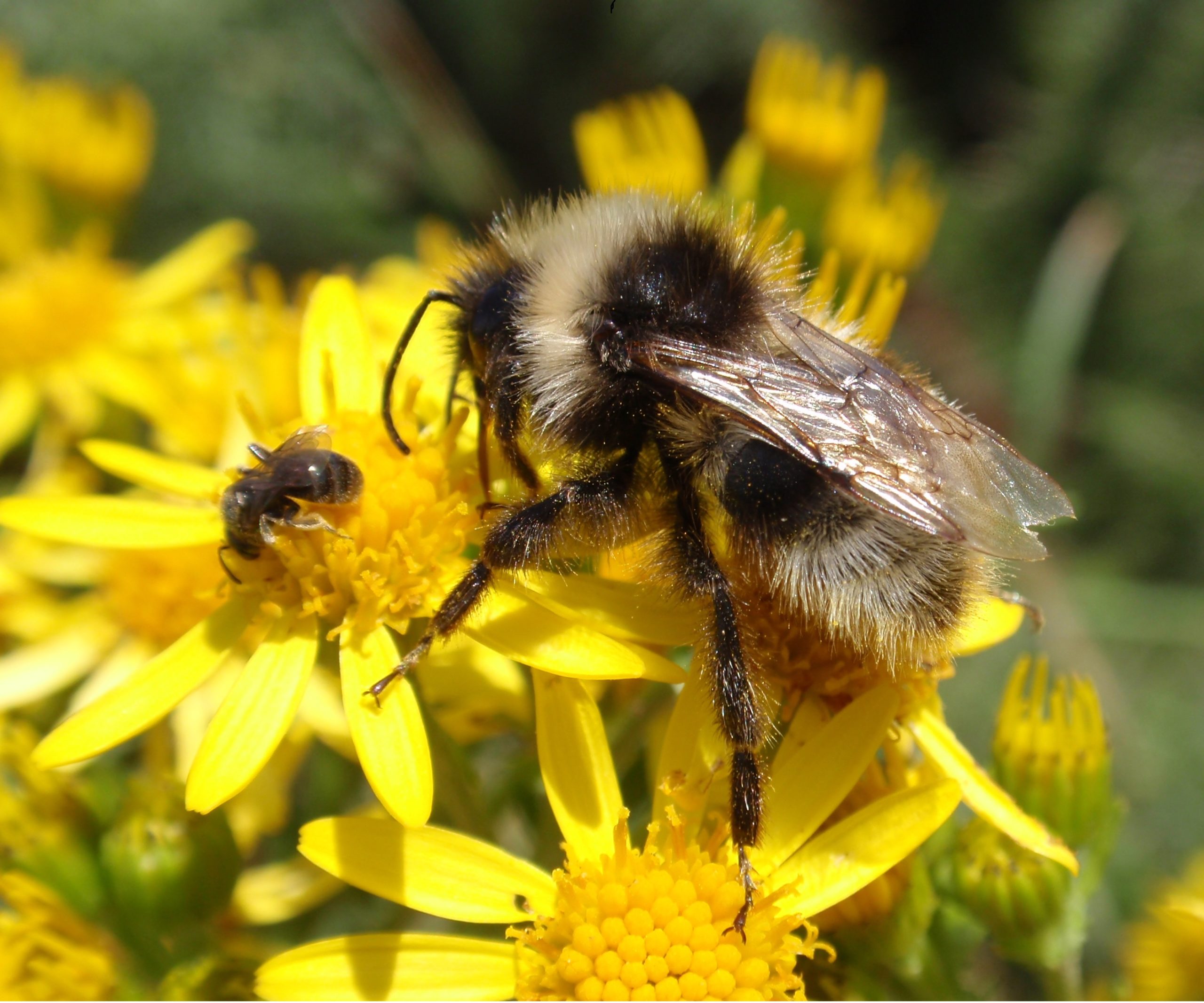 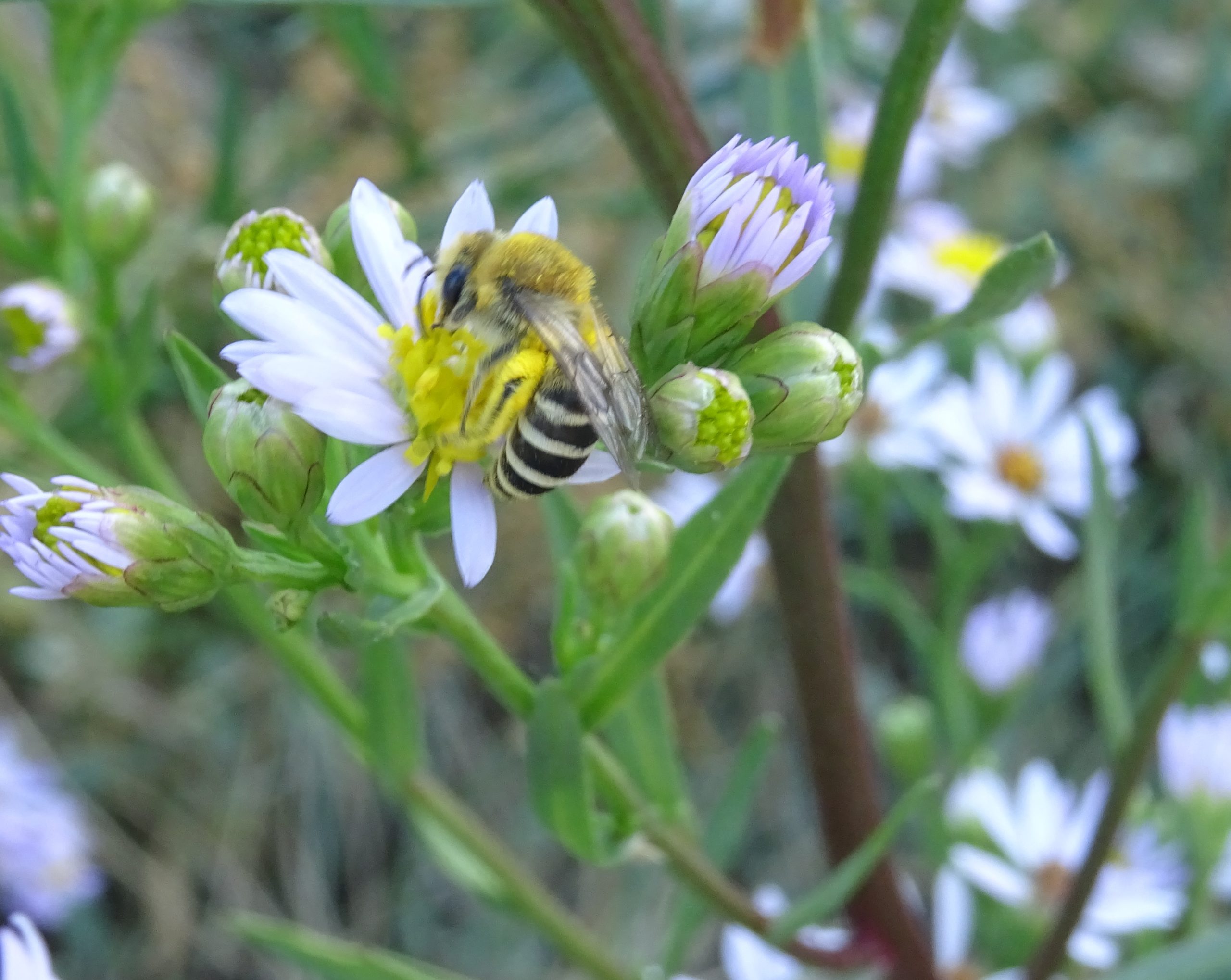 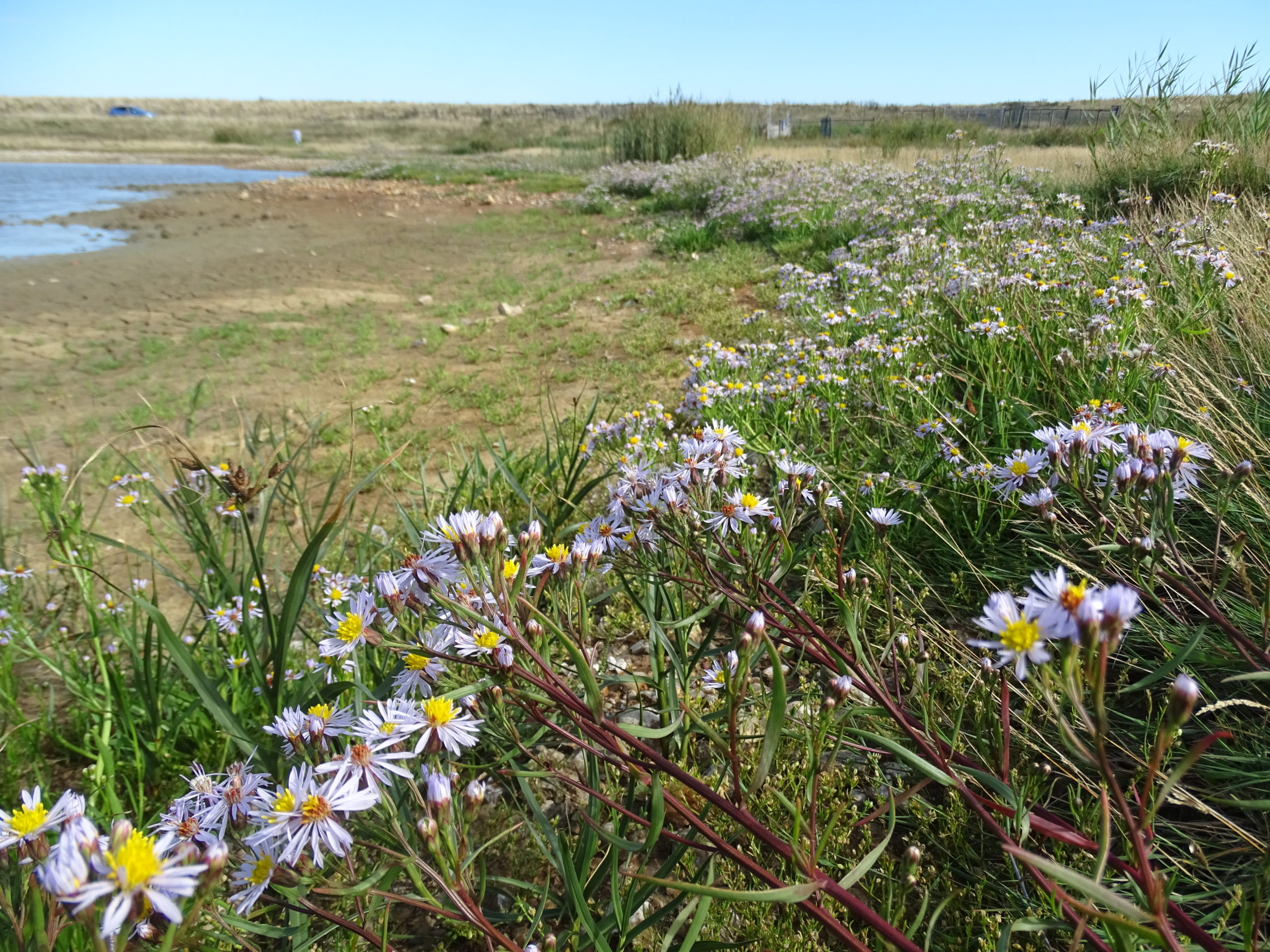 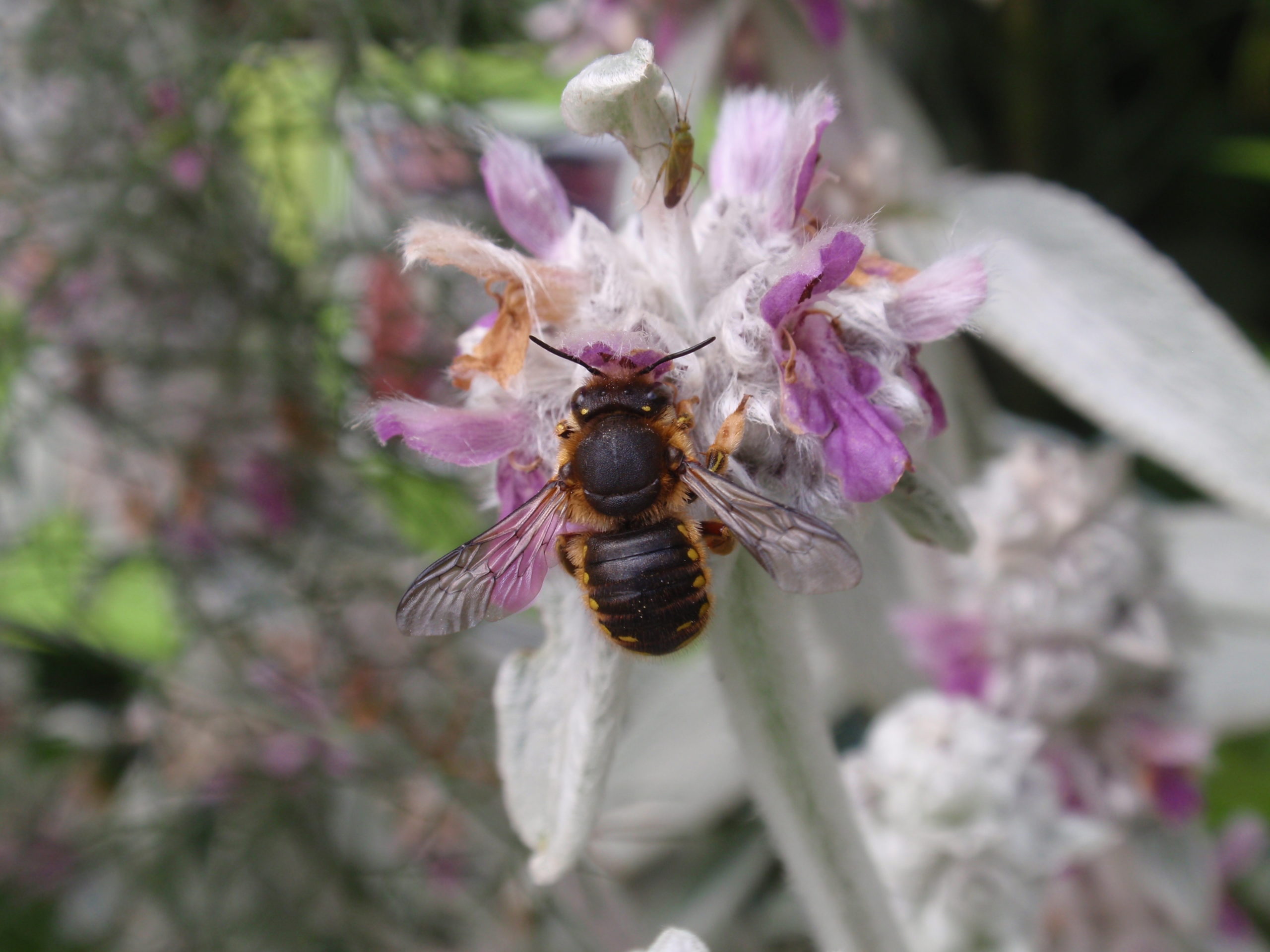 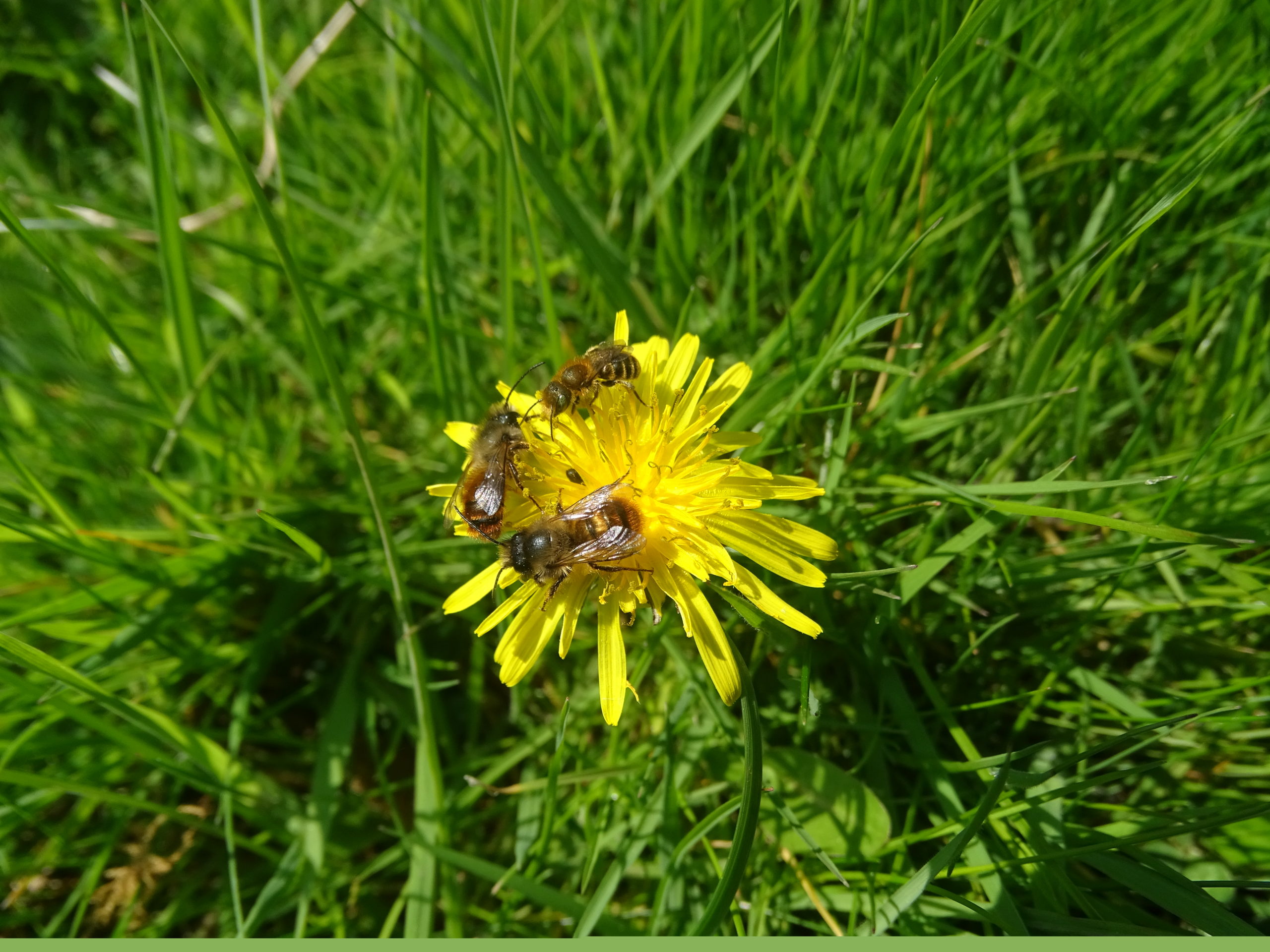 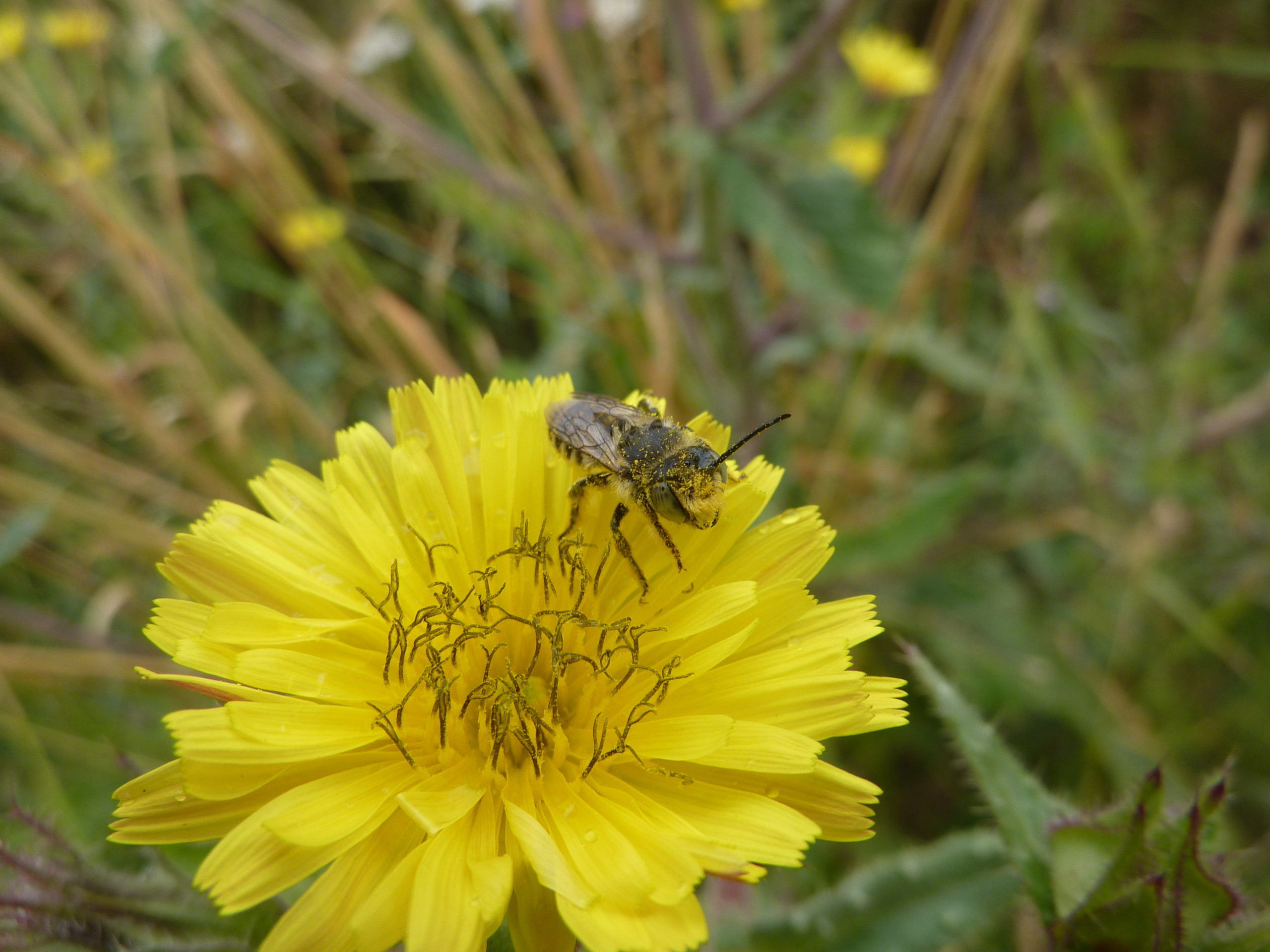 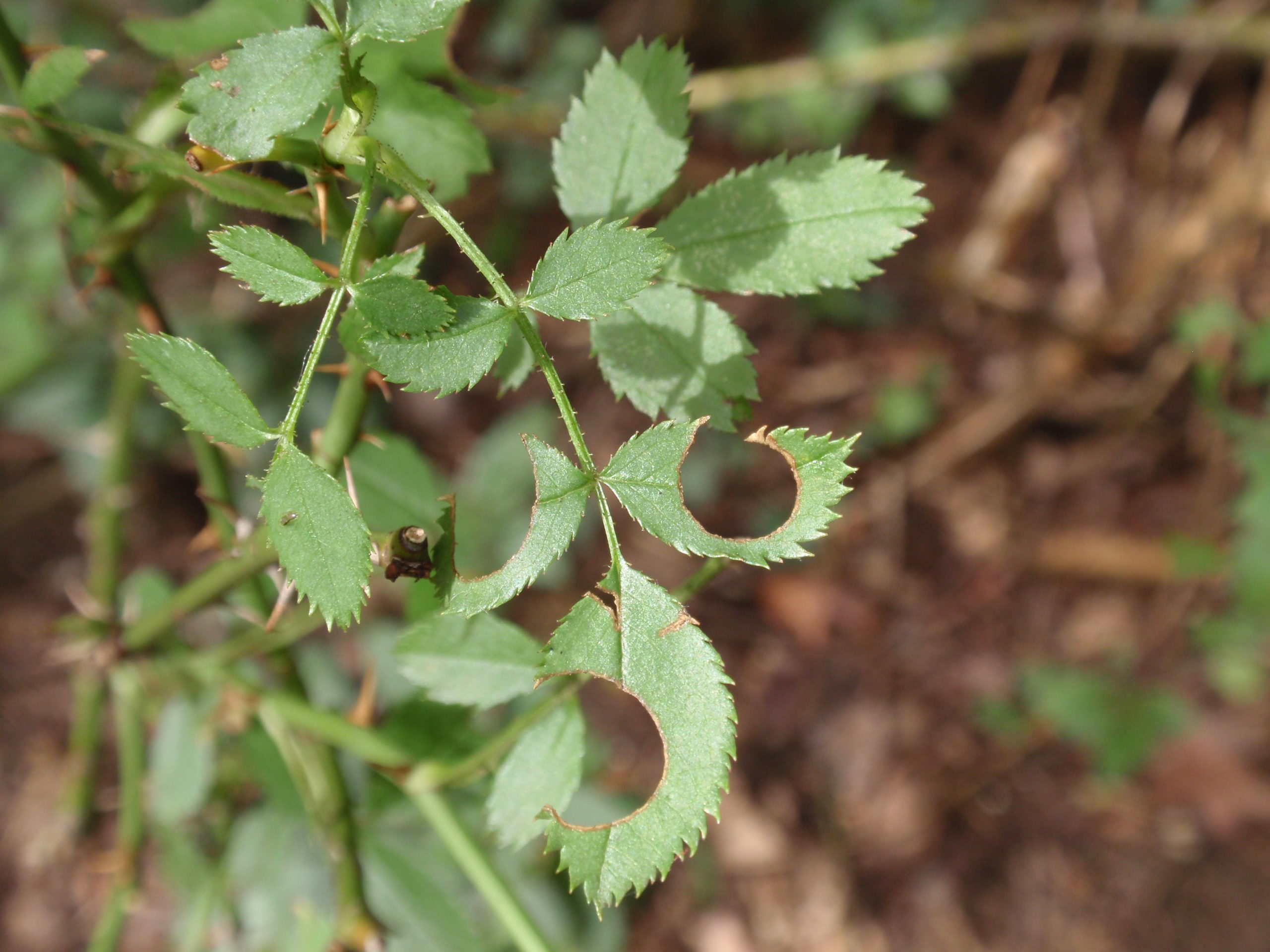 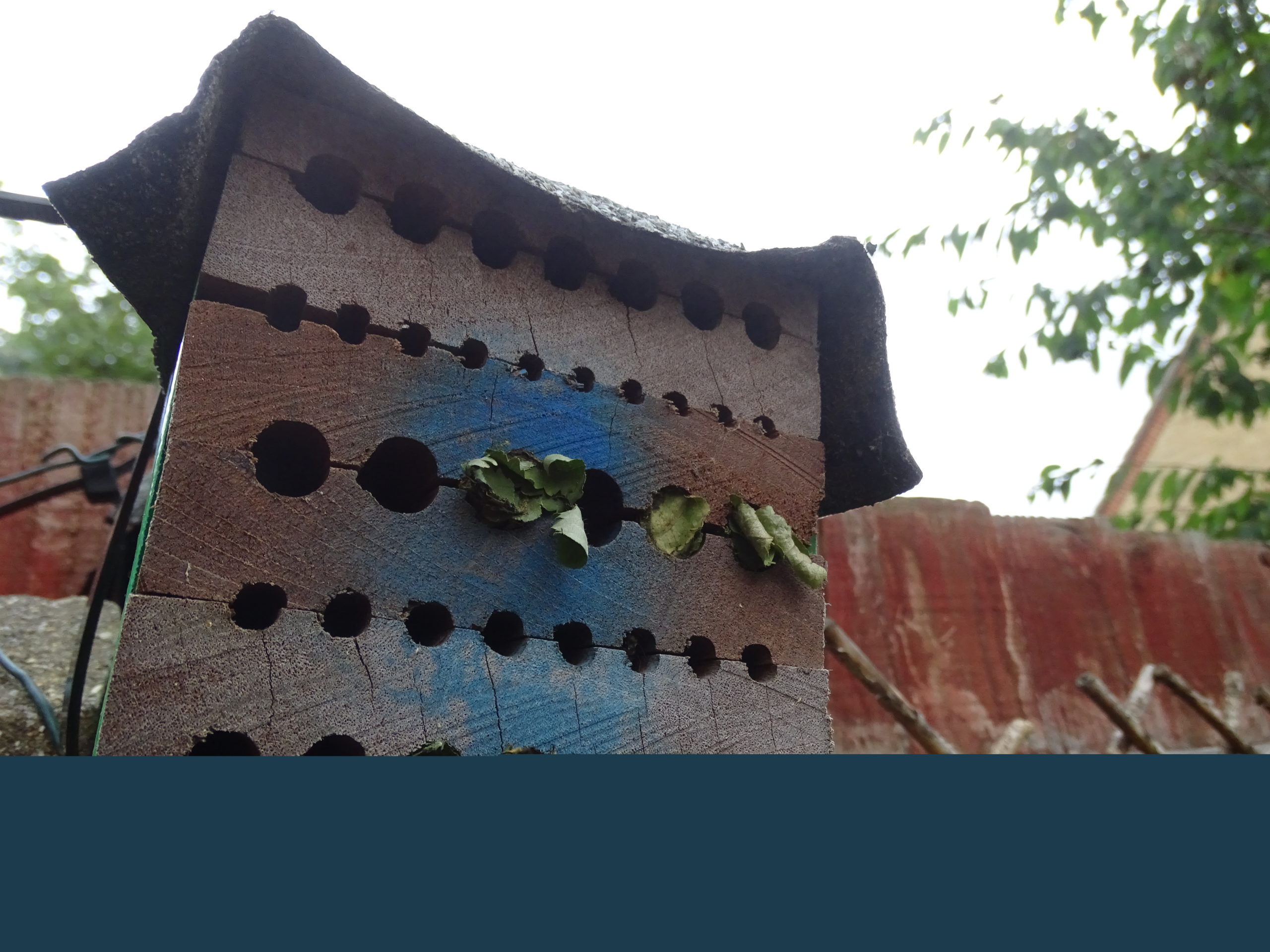 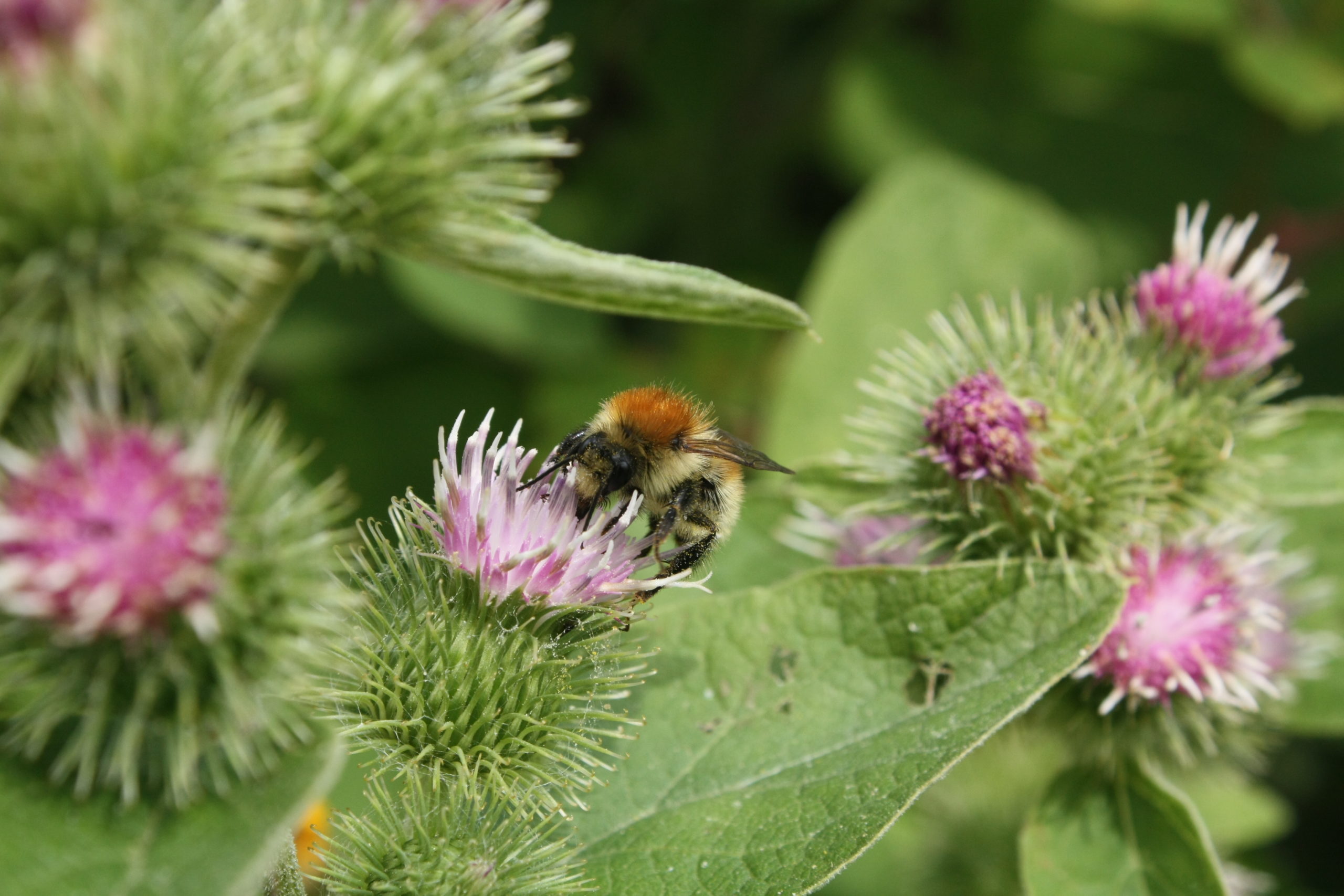 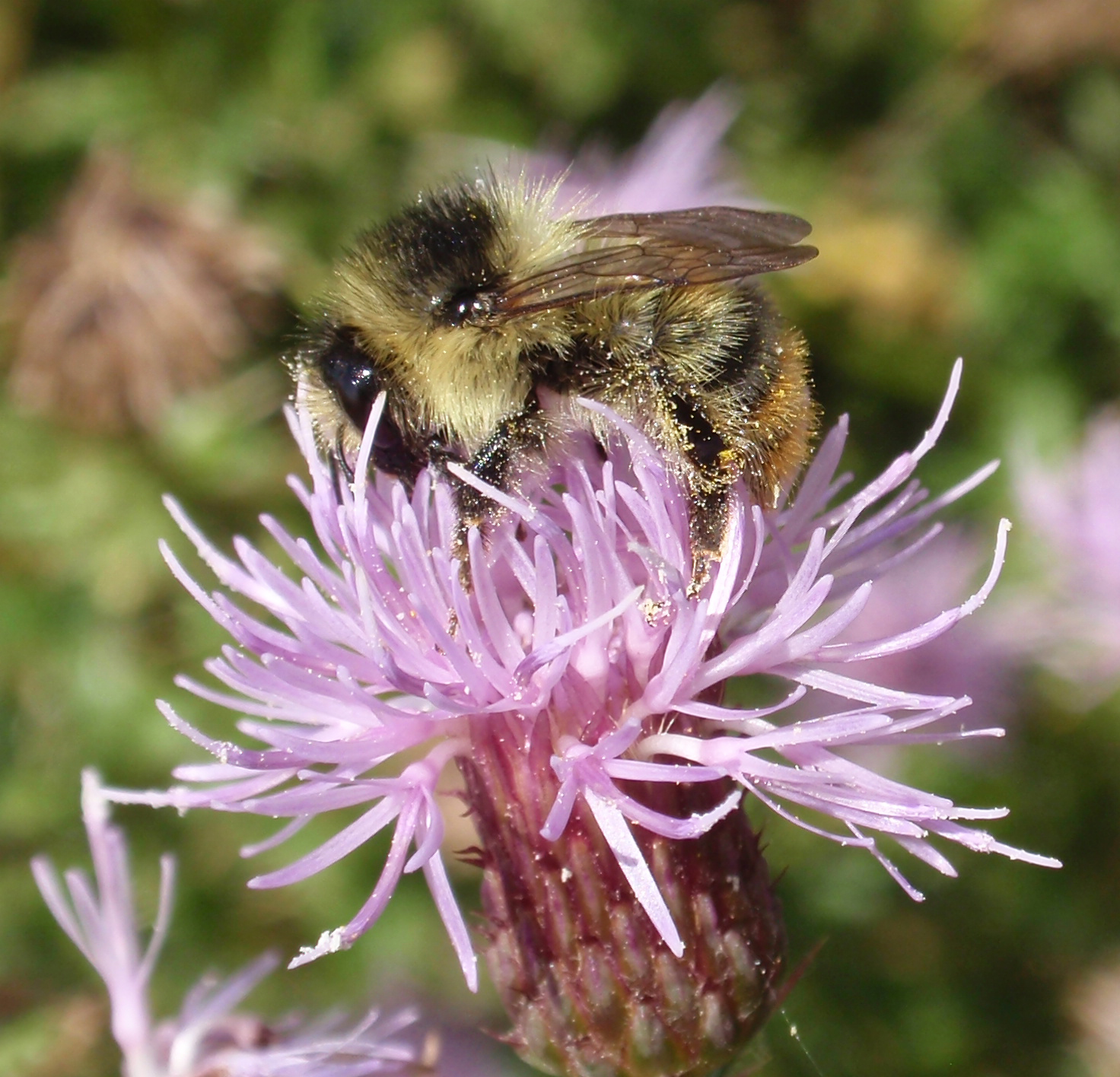