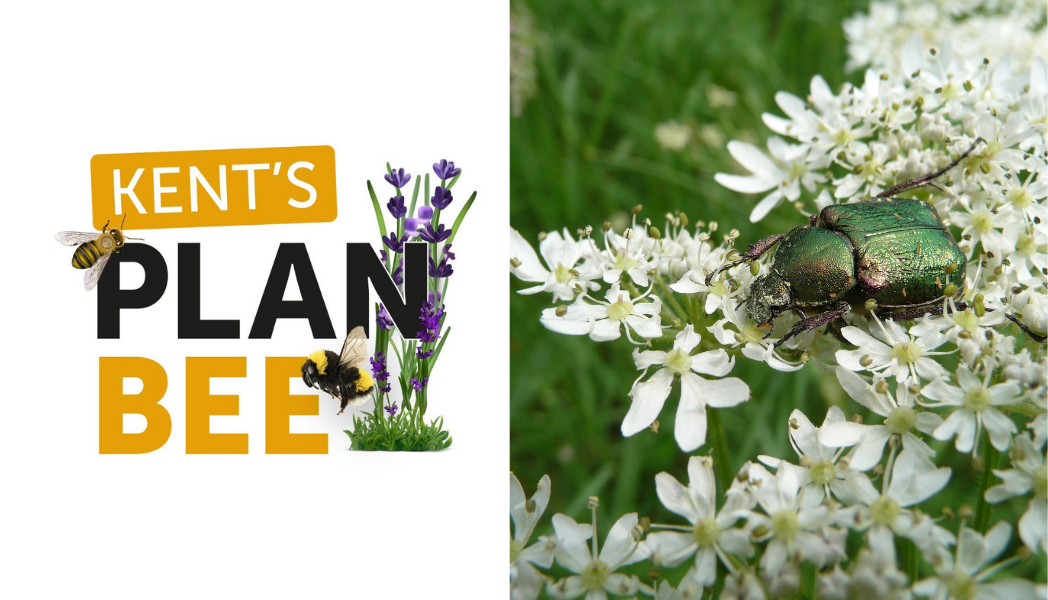 Insect life is reaching its most active as we pass the midsummer point. It is a perfect time to appreciate and look out for some of Kent’s special pollinators.

Here are some details about a few fascinating and beautiful pollinating insects that are rare or scarce in the UK but are still present here in Kent.  The adults of most of these species can be seen in June or July.

The bright orange-red colour of the forewings, and transparent hindwings, give rise to the name of this beautiful, day-flying moth. Extremely elusive, it is found in sheltered, free-draining shingle, chalk undercliffs or similar manmade habitats such as road verges and railway ballast.  Across the UK, the fiery clearwing is now only found from a few sites along the coast near Dover and Folkestone, and more recently from a small number of sites along the north Kent coast.

The adult fiery-clearwing nectars on common mallow and other common wildflowers, and lays its eggs on the stems of smaller dock species such as curled dock or common sorrel between May-July. Once hatched, the larvae bore into the roots of the food plant, and overwinter there until the next spring.

This moth is fully protected under the Wildlife and Countryside Act 1981, which prohibits any form of disturbance or collecting including surveys without a license.

The fiery clearwing is one of seven moths that is now the focus of Kent’s Magnificent Moths, a project run by Butterfly Conservation, funded by the National Lottery Heritage Fund, which is working to conserve and raise awareness of this and other rare Kent moths.

This handsome, metallic-green beetle is strongly associated with old, living trees that have decaying heartwood particularly fruit trees such as cherry, apple and pear.  The distribution of this reclusive beetle is now very patchy nationally, based on a few small areas where older, traditional orchards and wood pasture trees persist including one or 2 remaining traditional fruit orchards in north Kent.

The adult noble chafers are active from June to August and feed on umbel flowers such as elderflower, meadowsweet and hogweed.  Eggs are laid within the rotting tree, and hatch into larvae after about 2 weeks. The larvae feed on the decaying wood in hollow trunks and branches, and remain in the tree for 2-3 years before pupating. The presence of noble beetle grubs within an old tree is indicated by piles of dropping or ‘frass’ within tree hollows, accumulating like fine gravel.

This vulnerable species has been part of a national survey carried out by the People’s Trust for Endangered Species.

In Kent, this nationally rare butterfly is found on a number of coppiced woodlands within the Blean complex north of Canterbury. This stronghold is one of only 2 or 3 in the country, with Exmoor being another (and species reintroductions having been successful in Devon and Essex).

This attractive butterfly acquired the title as the ‘Woodman’s follower’ because of the specialist habit of adults that closely follow the coppice rotation of traditional woodland management.   The adult butterflies are very sedentary, generally not moving more than 100-200m, which partly explains why the species has become so rare. However, where they are found in sunny, open-canopy conditions, they can be very numerous.  In Kent, adults fly from mid-June to early August.  Males flit more conspicuously, whilst females stay hidden or closer to the ground.

Eggs are laid in batches close to the larval food plant of common cow-wheat, a delicate flower of acidic woodland soils. Once hatched, larvae feed on cow-wheat, and will cluster together to overwinter in small webs, before emerging again the following March to continue feeding. Pupation follows in April until the adults emerge in June. Adult heath fritillary feed on common wildflowers such as ox-eye daisy.

This butterfly is protected under the Wildlife and Countryside Act 1981.

A number of conservation organisations and landowners are actively working to conserve the Heath fritillary butterfly of the Blean complex including Kent Wildlife Trust, the RSPB and the Woodland Trust.

This distinctive, high-pitched bumblebee has experienced a rapid decline nationally in the last few decades, having once been widespread across southern England and Wales.  There are now only 4 remaining strongholds in south Wales, Pembrokeshire, Somerset and notably in the Thames Gateway including the north Kent coast.

This is a bumblebee of flower-rich grazing marshland, coastal grasslands and brownfield sites. The queens emerge from hibernation from late May onward, and adults feed on red clover, white dead-nettle and other plants with deeper flower structures, for which their long tongues are adapted.  The queen forms small colonies in long grass, ‘carding’ grasses at the base of tussocks into a nest.  In warm, long summers, adults can remain active into the autumn although peak numbers for workers are July to August, with new queens and males emerging in late summer.   Shrill carders prefer sheltered sites that are managed to encourage a diversity of flowering plants, together with a mosaic of longer grasses.

Males of this solitary bee are particularly striking with exceptionally long antennae, as suggested by the name.  This species used to be widespread but is now confined to a few areas in southern England and Wales, including a number of sites in Kent.

Females emerge later than males, and are at their peak numbers from June to July. They are found in flower-rich grassland habitats around the coast, cliffs, grazing marshes and as well as more inland on woodland rides.  Adults forage on a diverse range of flowers with a strong preference for flowers from the pea family including bird’s-foot trefoils, clovers and vetches.

Nests can occur in large numbers in the same site (forming aggregations) on south-facing, loose earth or bare ground. 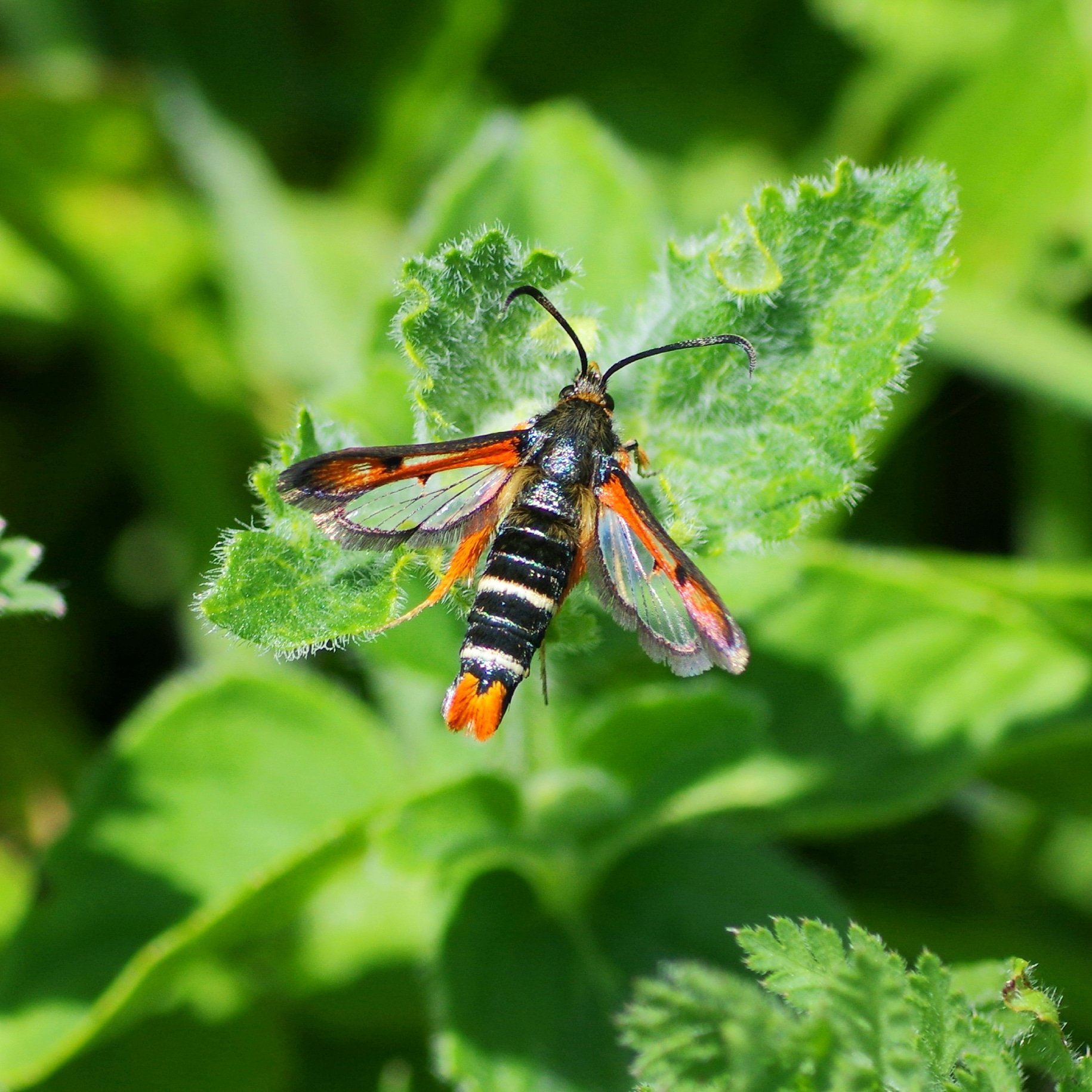 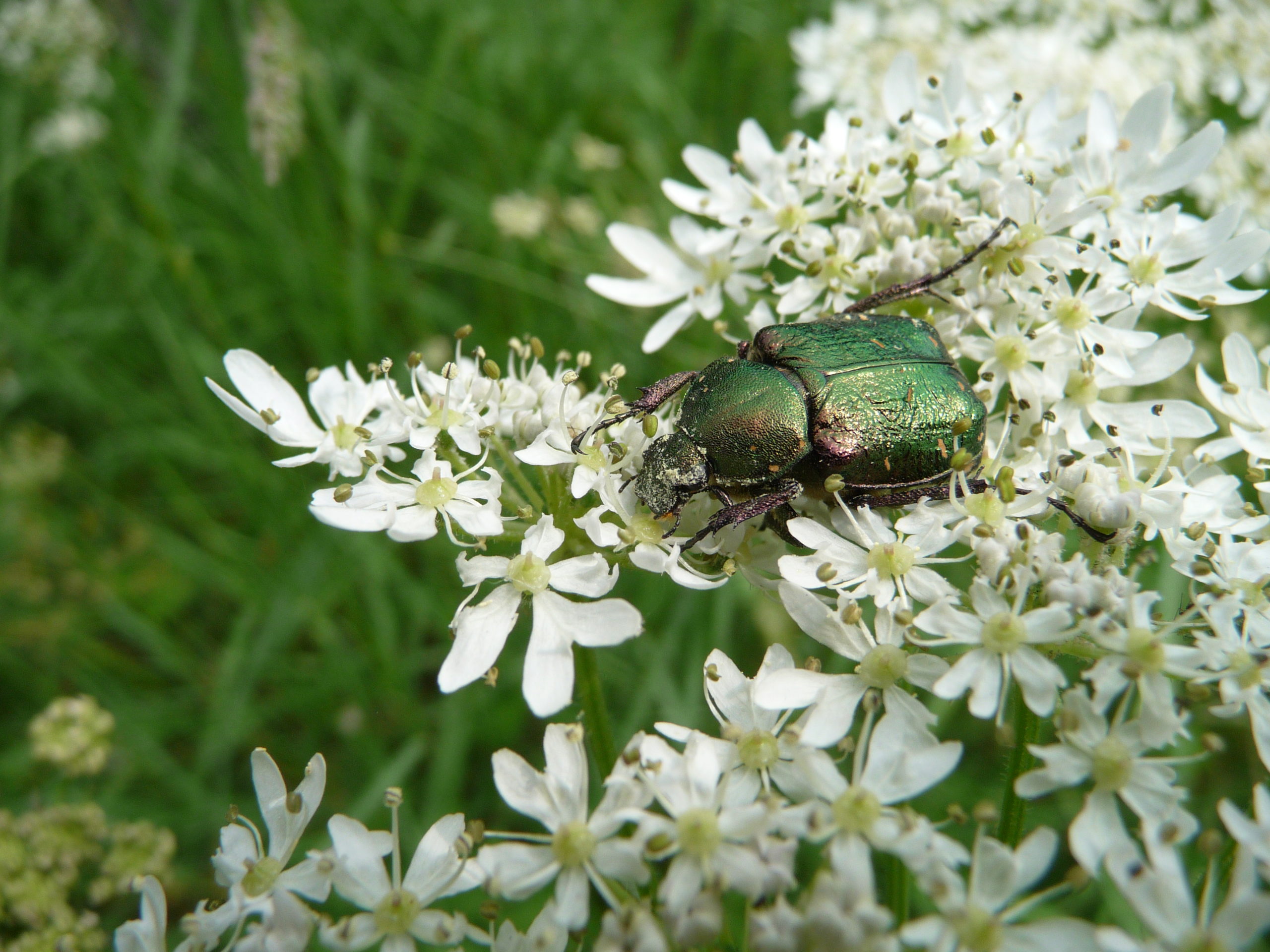 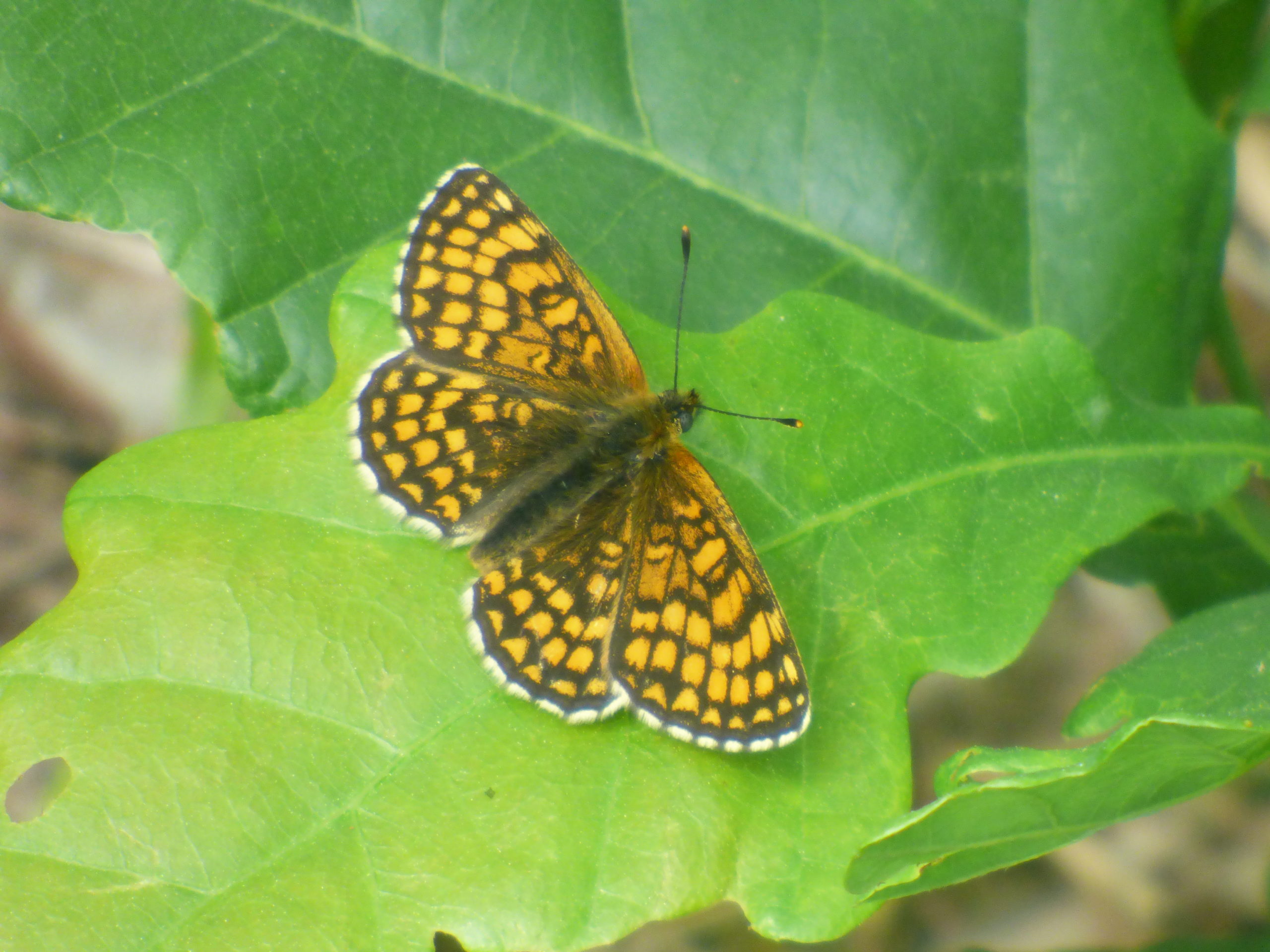 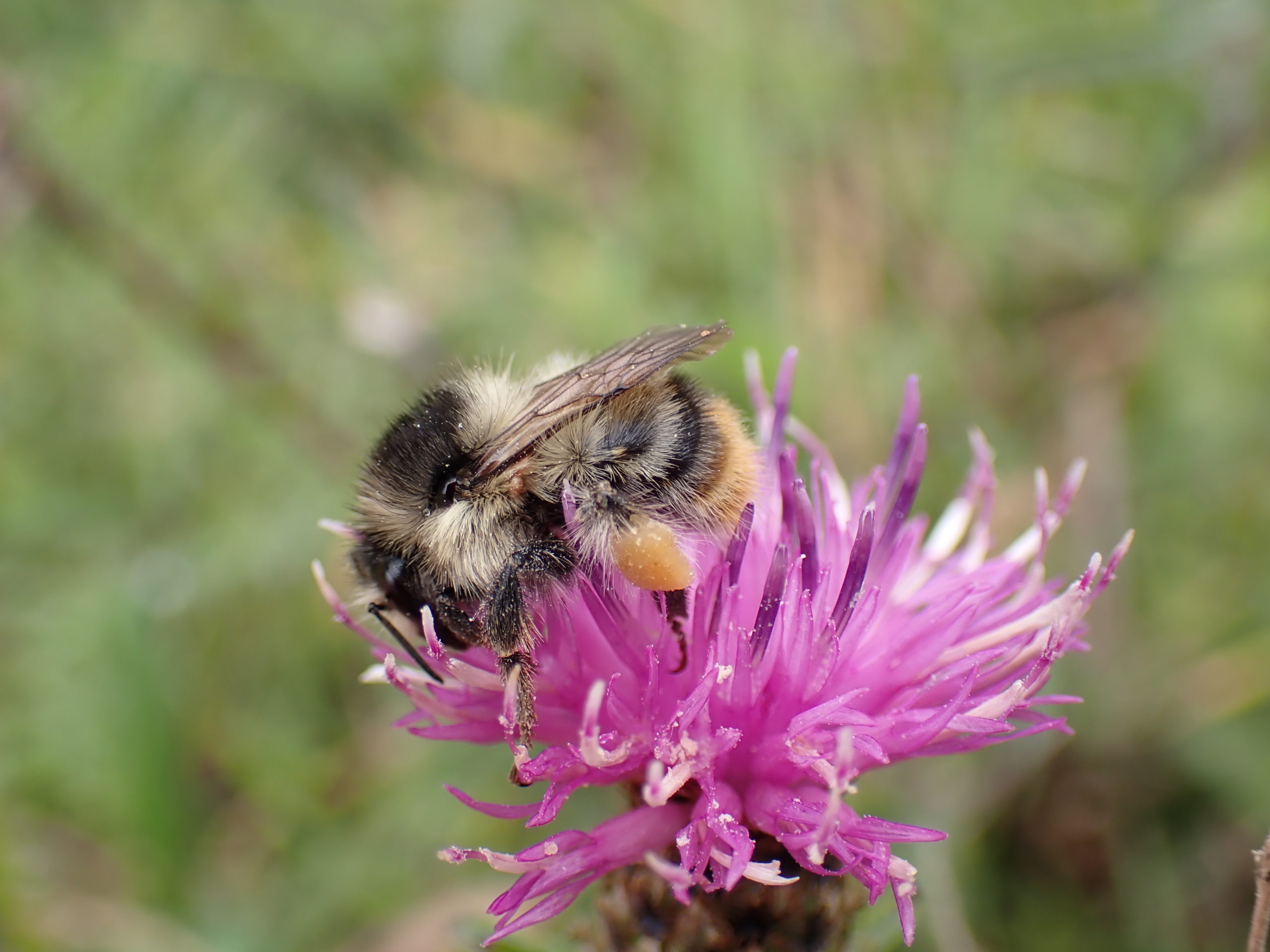 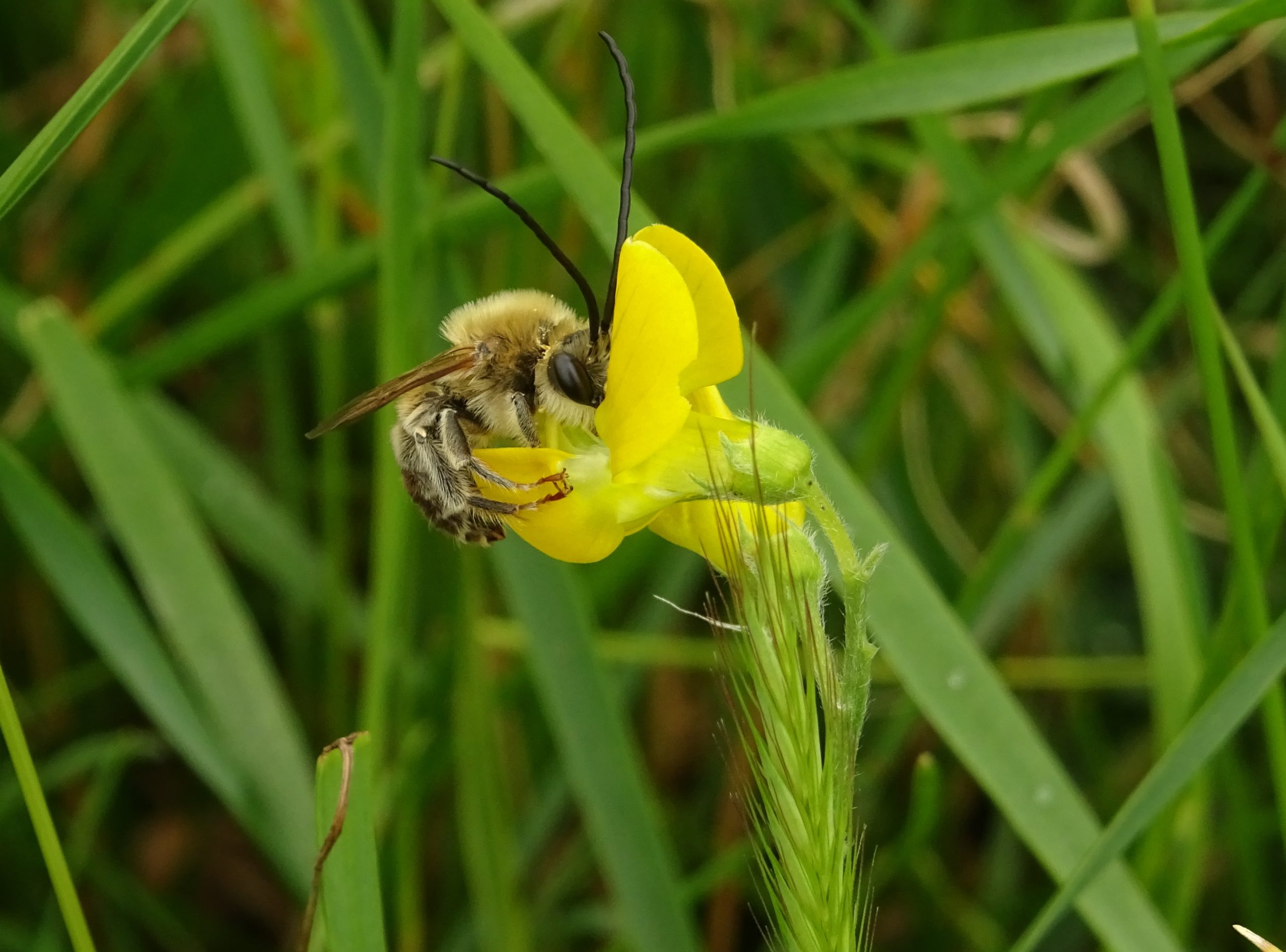