What is the new Cantii Way cycle route? 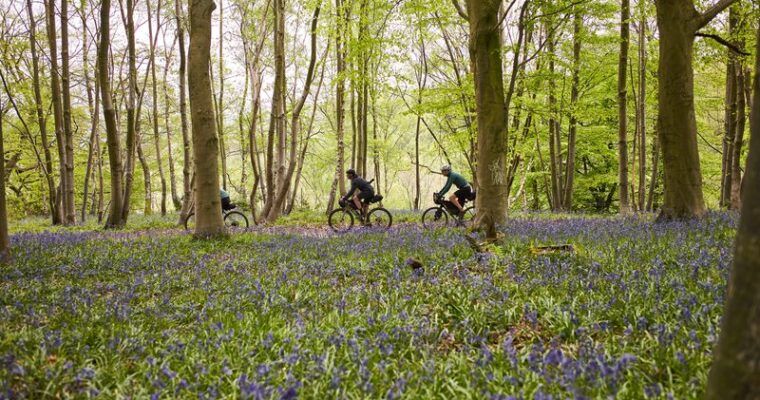 Today, 26th May 2022, Cycling UK officially opens to the public a brand new long-distance cycling route in Kent, called the Cantii Way. The 145-mile (234 km) route beginning and ending in the quaint village of Wye, close to Ashford in Kent, is the fifth route in the UK launched by Cycling UK. The cycling charity have been making our streets safer, opening up new traffic free routes and inspiring more people to cycle more often. The route aims to celebrate the best of Kent’s landscape, culture and history.

Sophie Gordon, Cycling UK’s campaigns officer behind the creation of the Cantii Way explains that. “The Cantii Way is a perfect introduction to the wonders of cycling around Kent, and is ideal for those looking to try cycle tourism for the first time. It’s not just great for beginners though, Kent is rich in history, rich in culture and rich in cuisine. It is a perfect location for cycling, and the Cantii Way gives you the very best of the Garden of England.”

A hint of history

I bet you are wondering what Cantii means, or maybe you already have an idea? The Cantii were a collective of people from the Iron Age living in Britain before the Roman Conquest. They lived in the area we now call home – Kent. Julian Caesar once described the Cantii as by far the most civilised are they who dwell in Kent!

The route is designed to be ridden over three to four days in one go, which is some adventure if you ask us! Find local b’n’bs, hotels or even camp to really get close to nature. However, thanks to regular train stations along its length, the route could also be split up over several weekends. An ideal option for those a bit tight on time or simply want to enjoy the route in sections. Wye, where the route begins and end is a perfect spot, with a train station and easy access of the M20. 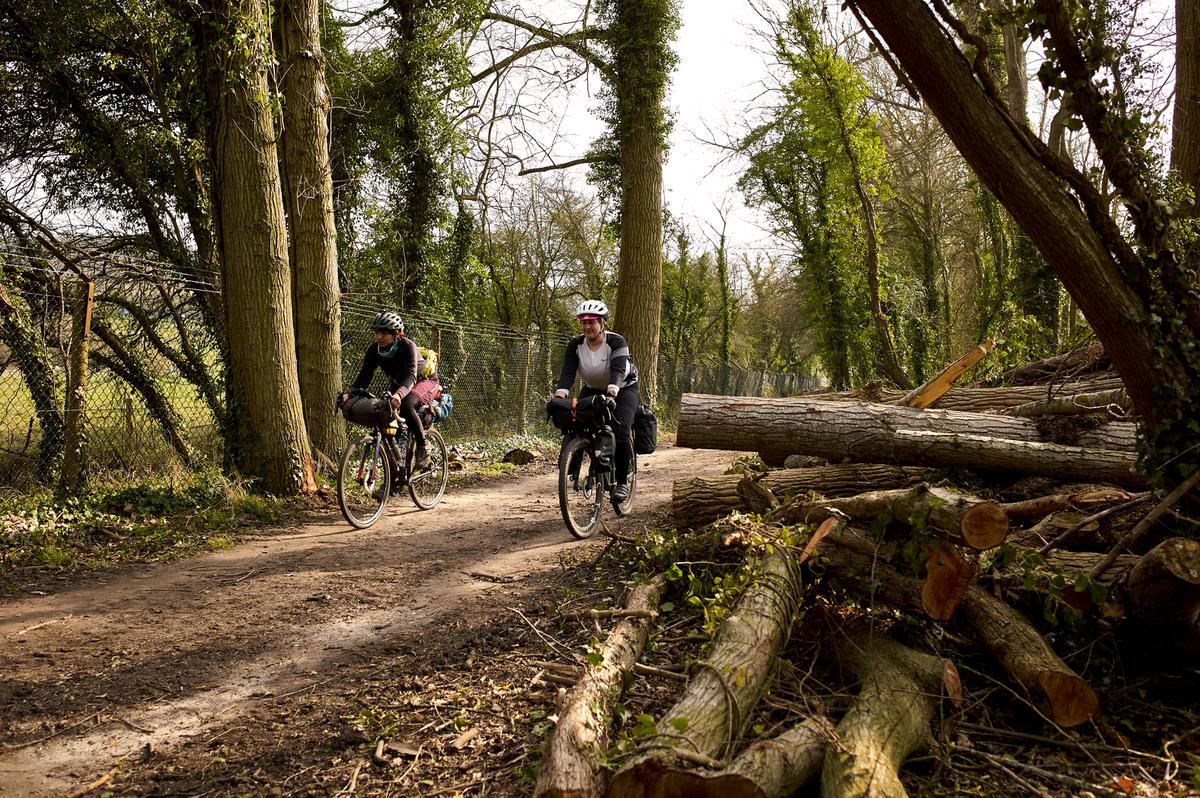 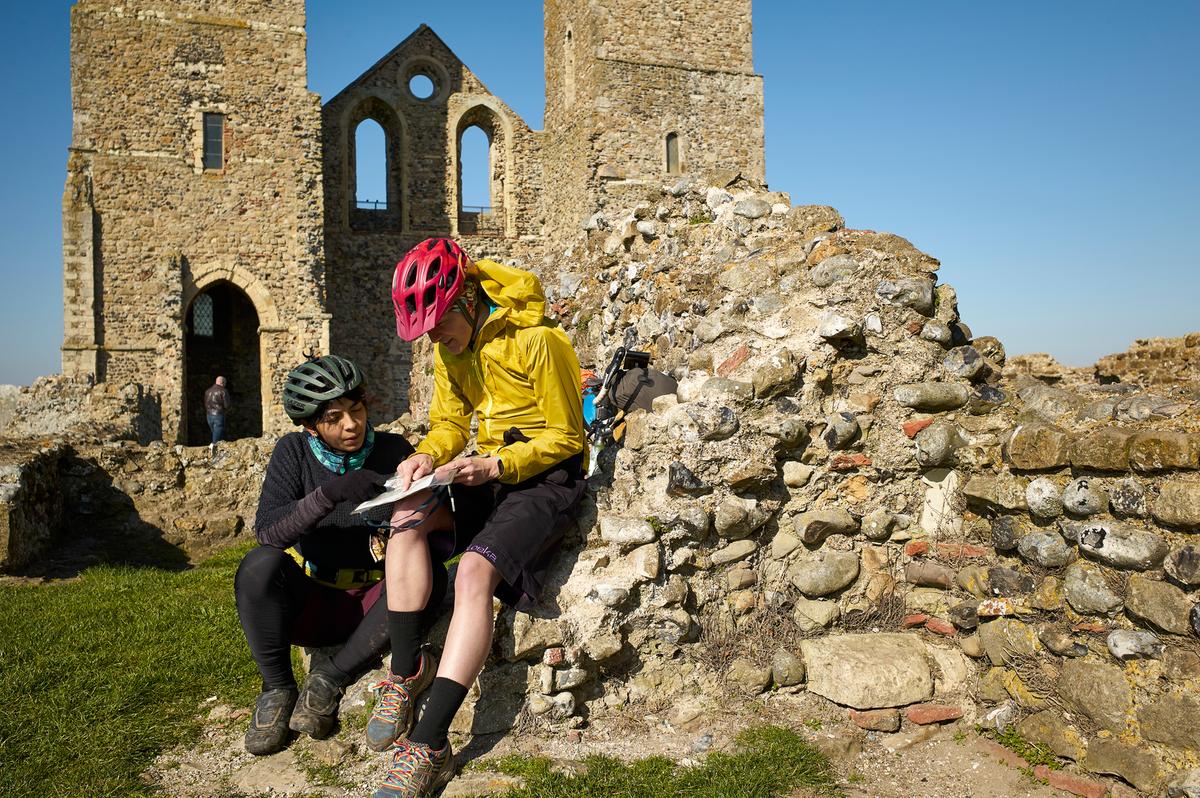 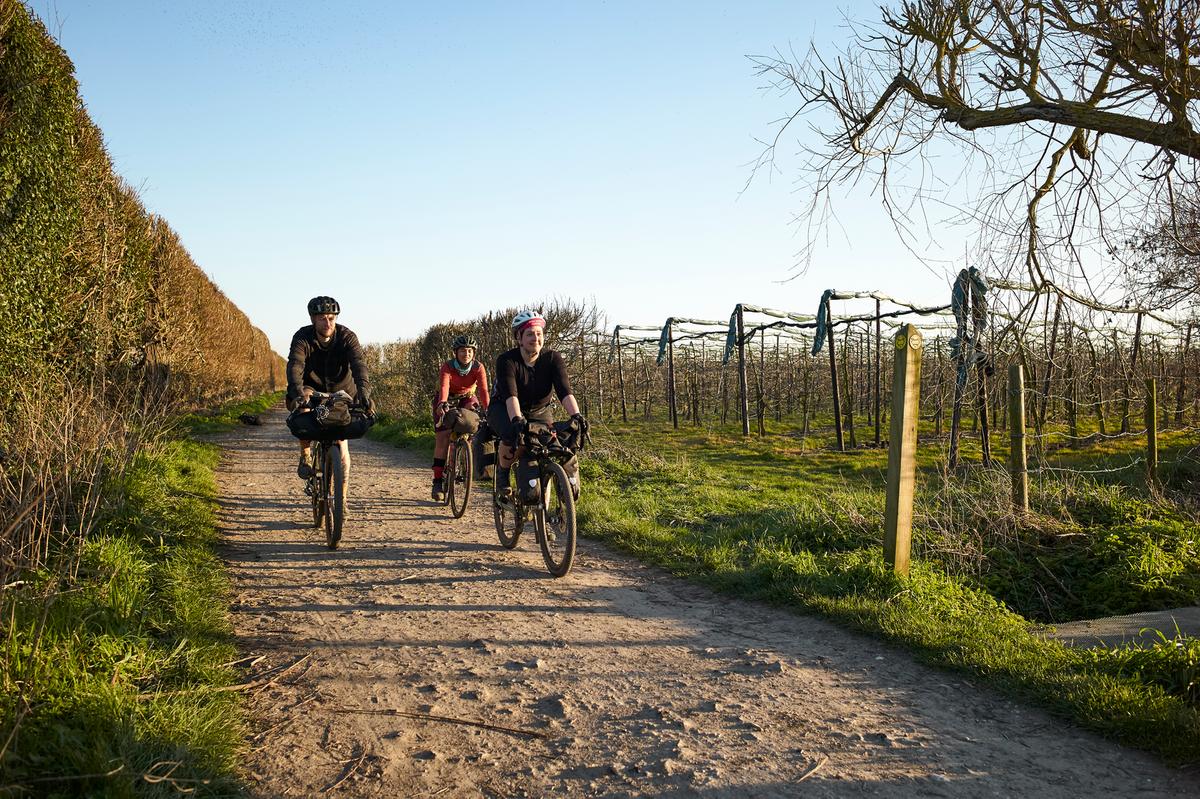 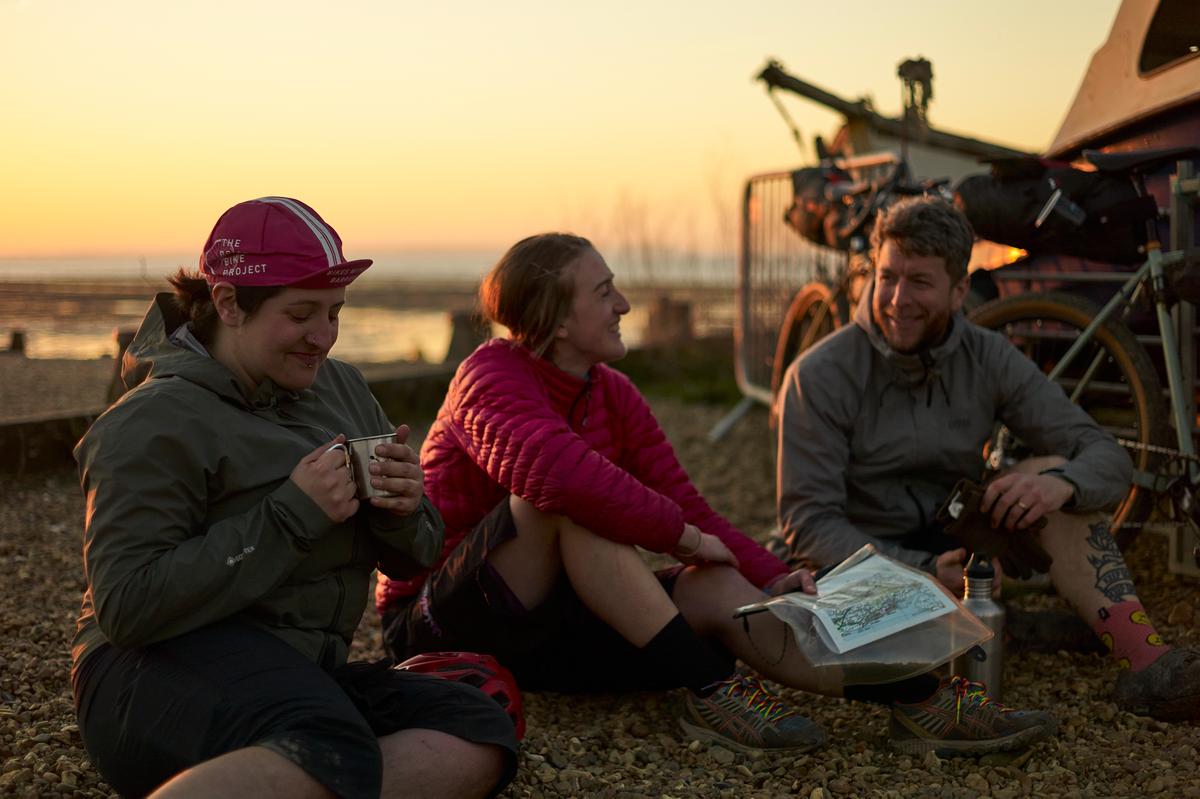 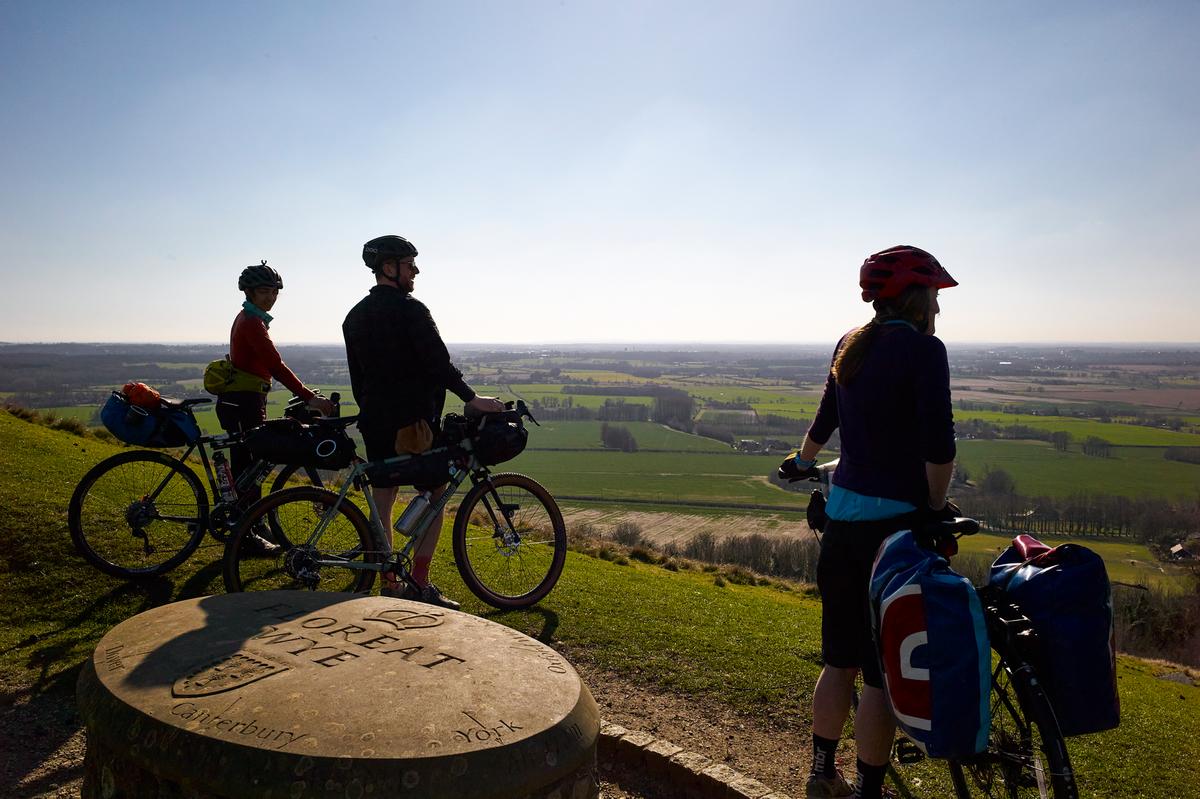 Now for the important bits, just how was the route created and what kind of terrain should you expect to face. You’ll be pleased to know that the route uses a combination of quiet ways, country lanes, byways and bridleways. It has been designed to be manageable by anyone of reasonable fitness on most types of bike.

The route has been designed to open up the “garden of England” to the cycling traveller. As you pass through well-known destinations such as Canterbury, Whitstable, and Dover, there are plenty of opportunities to make the most of the local produce available. With the orchards, vineyards, hop-drying oast houses and local farms making the Cantii Way equal parts culinary and cycling tour.

Mildred Locke, journalist at Cyclingnews and BikePerfect “It’s an incredibly varied and beautiful route that takes you through some of the best landscapes that Kent has to offer, comes with a lot of variety, including coastal paths, country lanes and fun bridleways, and it’s immensely fun on a gravel bike but could definitely be ridden on a hybrid. I think it’s a really accessible route for anyone wanting to try out bikepacking without committing to venturing off into remote wilderness, and I will definitely be back for another go.”

The Cantii Way offers the opportunity to not only have a fantastic experience cycling around Kent but also to be part of growth and supporting local business in Kent. Think about it, when you’re feeling like you are lagging and need some energy, those cafes, pubs, farm shops mostly found off the beaten track are going to be the ones to fuel you back up! What a fantastic sentiment on top of a great physical achievement too.

For more inspiration on local eateries and accommodation then check out this fantastic tool ‘Cycle Friendly Kent‘ brought to you by Cycling UK in preparation for the opening on the Cantii Way. A collection of places pinned on a map for your convenience.

The new route is part of Cycling UK’s wider goal to see the creation of a network of long-distance off-road routes across the length and breadth of Great Britain, taking in its amazing places and wild landscapes.

Visit Cycling UK to find out more about this route or visit our Cantii Way page for a quick overview.